Paradise is something many contemplate and wish for...

For many, that could mean an idyllic place or the New Kingdom which is discussed in the Bible. That picturesque place is painted ever so vividly in the mind of the one dreaming, usually one full of peace, love, harmony, and even cryptocurrency? Is it only just a dream and why would cryptocurrency have anything to do with paradise or the coming New Kingdom? Coming back to Earthly reality at present day, CNBC reported that a "floating Pacific island" having its own government and cryptocurrency called Varyon, is projected to hold 300 houses in the near future. Is this floating island a picture of someone's paradise? Perhaps it will be for what's in the mind of those 300 households.

The Floating Island Project plans to create off-shore housing that uses its own currency and operates outside of government regulations. The project is a pilot program in partnership with the government of French Polynesia. A long-term vision for the project is hundreds of new countries floating on the ocean. This $50 million dollar project is aimed to be completed in 2022 with the assistance of the philanthropic donations funded by the Seasteading Institute and Blue Frontiers. A political scientist, Nathalie Mezza-Garcia, is a part of this project and sees that the current government has a lot of trouble and this is why she is avid about living off the grid on this "sci-fi alternative." She stated:

Once we can see how this first island works, we will have a proof of concept to plan for islands to house climate refugees...This means there is stability, outside of fluctuating geopolitical influences, trade issues and currency fluctuations — it's the perfect incubator. This, of course, does not come free of issues. This big dreamer would like to see many of these types of islands popping up all over for those seeking refuge or aiming to escape the grasps of the current world government, but "this is the region where land is resting on coral and will disappear with rising sea levels." Sadly, that isn't the ONLY issue they will face. Humanity has seen Earth go through many "birth pangs", increasingly over the past 7 years. This novel idea of a dream will quickly turn into a nightmare due to divine intervention. These events include catastrophic and destructive weather patterns like we have been witnessing. Earthquakes, volcanic eruptions, wars, [including WW3], and rumors of them, and much, much more! The good news is, within these 7 years, Christ returned and is now establishing His OFFICIAL currency, which is a cryptocurrency called GODcoin. His return is corroborated by proof and evidence which you can find here. As prophesied in scripture, He will take His long-awaited throne and begin to rule His New Kingdom with peace, love, and justice, while gaining proper control unlike the governing authorities and leaders of this current failing system. Lord RayEl, the returned Christ, will "make all things new", not anyone from mankind can do that. Any of those attempts will fall short of His Father's glory that He has anticipated for ages. 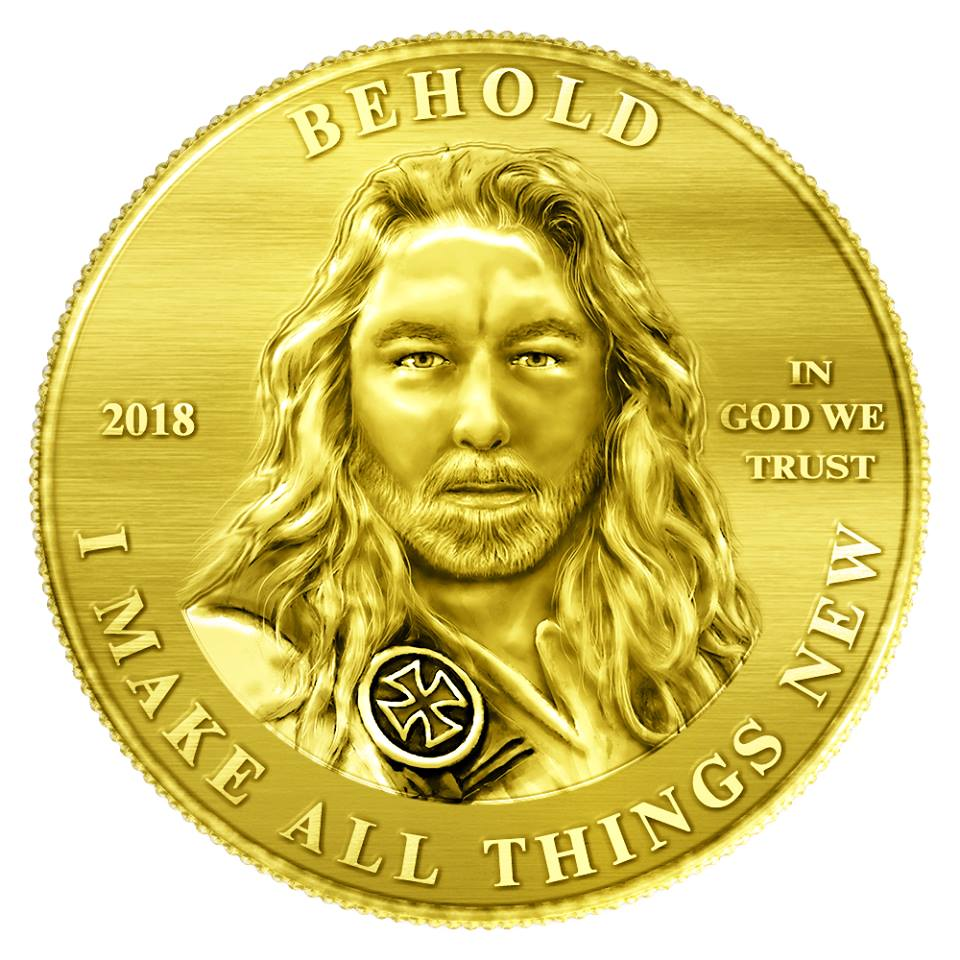 An investment in GODcoin is a wise choice, not only because it is a cryptocurrency, but since it is backed by the Messiah, as it says in Haggai 2:8, "'the silver is Mine and the gold is Mine,' declares the LORD of hosts." That's right, GODcoin will be backed by GOLD and SILVER! This fact ensures GODcoin's value and only those in the New Kingdom will be privy to having an easier life and one that is deserved. Even though your heart must be there, investing in GODcoin NOW will help place your future towards the righteous illuminated path. GODcoin's public ICO was originally only going to be offered until the end of April, but the decision was made that it would be extended out until the END OF MAY! Some have taken full advantage of the 40% token bonus that has been offered during this time, however, this golden opportunity will only remain for a short period of time. If you sit on this offer you may be kicking yourself later. Early investors have the opportunity to secure their wealth for the future ahead, so the time to invest is now. Wait until after the ICO investment phase, when GODcoin becomes the common currency for wages throughout the world, unfortunately, the opportunity to profit through early investment will no longer be available.

There are many advantages to GODcoin especially since it is one of the few coins that will be backed by gold and silver. Not only does GODcoin give the illuminated path towards the future, but as gold and silver increase, so will the investments being made at this time. GODcoin's amazing ICO offer of investments being met with a 40% token bonus has been extended until May 31st, 2018! Invest now, and as the price of gold will inevitably increase, so will your profit!

View the history leading up to the whitepaper

PREPARE TO INVEST WHILE YOU CAN
Investments will be met with a 40% token bonus!!!

I wonder what the world elite would think about such defiant acts, as well as how they would react to this if there is enough time for them to develop such a concept...I think the Lord will take His throne first though...

It's time to invest now!

I have always loved this sort of idea, but I don't think the oceans will be as safe as we think soon.

GODcoin is the currency of the New Kingdom

There is no safer place than Christ side.