If Crypto Exchanges and ICO Teams Only Had a Brain...

If Crypto Exchanges and ICO Teams Only Had a Brain 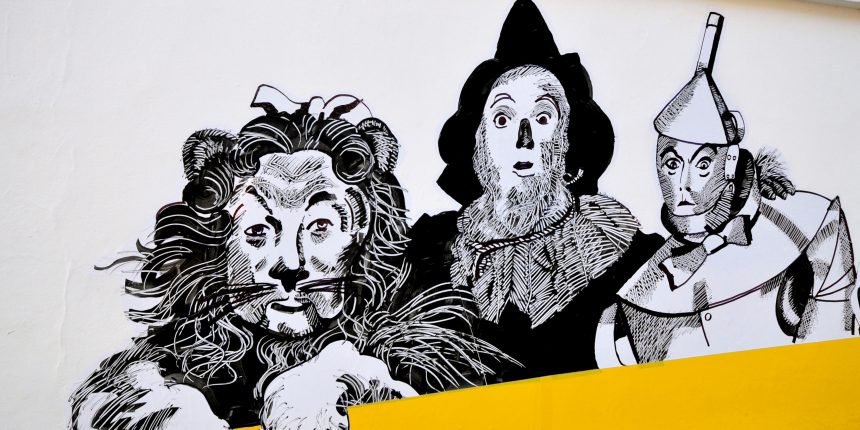 David Silver is the founder of Silver Miller, a plaintiffs' law firm that represents investors in cases against cryptocurrency exchanges and investment offerings. The views expressed here are his alone.

You can reach him at [email protected] or @dcsilver on Twitter.

While there are many different interpretations of The Wizard of Oz, I see a new one as it relates to the world of cryptocurrency and blockchain.

Dorothy represents the early adopters and believers. The Tin Man represents the Baby Boomer generation, designed for a different era, and slowly getting rusty. The Cowardly Lion represents both the economically depressed working man, weighed down with debt and mortgages, and a monetary system clinging to the industrial economy and hesitant to change.

But as Dorothy sings, "somewhere over the rainbow" there is a better place, and for us that is the blockchain:

Before you can get there, though, you have to go through the Wizard in Oz. And in this parable, the Wizard is the almighty government. In a slight departure from L. Frank Baum's tale, this Wizard is every bit as powerful as he appears. But he's still nothing to be scared of, as long as you're doing the right thing.

Because the obstacles that exist in Oz are a fabrication - an unnecessary layer of contradiction. Dorothy and her companions simply needed to look inward, and all the traits they needed to overcome the obstacles holding them back were inside them all along.

The same could be said of cryptocurrency and blockchain.

There is nothing that governments, including the U.S. government - whether it be Congress, the SEC, CFTC, FinCEN, or state regulators - can do to stop the growth and development of blockchain technology, provided that blockchain innovators are transparent, act responsibly, and stand accountable for their actions.

But just like in The Wizard of Oz, you need to take the journey to complete self-discovery and realize those abilities are already within you.

The regulators are coming, and so too is regulation. Therefore, to be prepared for the Wizard, one has to understand what regulators are thinking and how to prepare for the next phase of the blockchain.
Scarecrow #1: Exchanges

On March 7, the SEC released a statement on potentially unlawful online platforms for trading digital assets. One group of Scarecrows in the space misinterpreted it badly.

Foolishly clinging to the notion that they are better and smarter than government regulators (if only you had a brain, you'd realize you are not as smart as you think), these Scarecrows concluded the SEC's statement was limited to exchanges that trade ICO tokens.

Look at the statement. Read it carefully. The SEC is coming after U.S.-based exchanges without such limitations:

There is only one smart way for exchanges like Coinbase, Kraken, Bittrex, Poloniex, Gemini, and HitBTC to react to this: put your money where your mouth is and demonstrate that you are accountable, transparent, and responsible for what happens on your platform.

I have my doubts about certain exchanges, and recently, the lawsuits have been piling up. Whether they be the ones filed by my firm or others, the U.S.-based exchanges are being exposed for what they are: startups that were unprepared for the inflow of customers when fear of missing out (FOMO) hit the average user.

Coinbase CEO Brian Armstrong and Kraken CEO Jesse Powell have both been extensively quoted about their inability to handle the influx of new users. Both are working to right the ship.

Now that the SEC is knocking on the door, the companies that can demonstrate that their systems are compliant will be the survivors and leaders in the next phase of this revolution.

While some exchanges have been claiming for years that they have a professional quality protocol, 2017 proved that to be false. Those that adapt, adjust, and comply with state and federal regulations will dominate.

In June 2017, when former federal prosecutor Kathryn Haun (whose amazing 2016 TedX talk inspired me to do what I do - protect investors from cryptocurrency-related fraud) joined Coinbase's board, the company stated that it was the safest, most trusted exchange on which to buy digital currencies, citing a commitment to regulations and compliance.

The question is whether Coinbase and its brethren have lived up to that standard. Private lawsuits and government regulators are going to provide those answers in 2018 and beyond.

As recently reported, the SEC has issued a blitzkrieg of subpoenas on exchanges, ICO promoters, attorneys, and other crypto professionals who aroused the wrath of the great and powerful Oz. The silence from the recipients of those subpoenas, as well as in response to the SEC statement on exchanges, has been deafening.

Kudos to Bittrex, the fourth largest exchange by profit (almost $2 million a day, according to Bloomberg) for being one of the few to pipe up. The company claimed that as a U.S.-based digital currency exchange, Bittrex uses a robust digital token review process to ensure the tokens it lists are complaint with U.S. law and are not considered securities.

But as in most statements written by corporate lawyers, look for the wiggle room. Bittrex goes on to say that it requires outside counsel for the issuers, not counsel for Bittrex, to determine that the tokens are not securities.

So when the inevitable happens - and the SEC determines the tokens Bittrex has been selling are unregistered securities that Bittrex was never licensed or legally authorized to sell - Bittrex will blame the companies and their outside lawyers for the issues, not itself.
Scarecrow #2: ICO teams

In a short amount of time, companies who thought they were going with the safer, more conservative route - utilizing the Simple Agreement for Future Tokens (SAFT), which was endorsed by several high profile lawyers and law firms - are now concerned that the SEC has placed a target on their backs.

Likewise, they are feeling the heat from the U.S. Treasury Department, whose FinCEN division recently declared that any developer that sells convertible virtual currency, including in the form of ICO coins or tokens, in exchange for another type of value that substitutes for currency is a "money transmitter" subject to proper registration with the Treasury Department, anti-money-laundering rules, and other regulatory and licensing requirements -- requirements that, if not satisfied, could result in imprisonment.

In a call-out to the second group of Scarecrows, those who thought they were clever enough to sidestep government regulations by using a SAFT, a highly-regarded lawyer at the Posinelli law firm recently made a concise statement to the crowd at a New York conference: SAFTs "are garbage."

While I happen to agree with that assessment, a SAFT by definition isn't a thing. Each and every SAFT is unique and written differently.

Just because everyone else did one, however, does not mean it is legal or responsible for attorneys to endorse or ICO promoters to rely upon. The SEC and IRS will have to examine each and every ICO that utilized the generic SAFT framework and determine the regulatory compliance of each issuer.

The SEC and IRS are also likely looking at how the ICO-enabling lawyers, accountants, and advisors were paid. Did they accept tokens as a form of payment?

Quite tellingly, many of the law firms that embraced the SAFT have recently taken a step back and acknowledged that the pre-sale of a tokenized service needs to be done in compliance with securities laws even though those lawyers previously advised their clients that was not the case. While most people do not believe that investors have a target on their backs, everyone else who worked on ICOs that utilized the SAFT should be concerned.

Back to the Wizard of Oz: In the book, Dorothy's slippers are not ruby red as in the film; they are silver (my favorite color). It turns out that all she needed to get to the comfort and security of home was the help of these silver shoes.

While achieving compliance with the law may not be as simple as tapping your heels together three times, it's certainly within the industry's power. Try it, and you might find there's no place like home.