@damianpellejero You won our Free CryptoKitty https://www.cryptokitties.co/kitty/173114. This just proves that persistance counts. @damianpellejero has been trying to win on multiple posts, and now its your lucky day. Remember you can win Free Cryptokitties from this post too, just upvote, resteem, follow, and comment with you Cryptokitty Litter Wallet Address!

There hasn't been much action in the Cryptokitties world. Sales are staying stable. If I had to guess, I would say that we are probably about to see a new fancy. We are definitely due for some new traits soon. Maybe the Devs will take the holidays off though and we will see some action after Christmas. 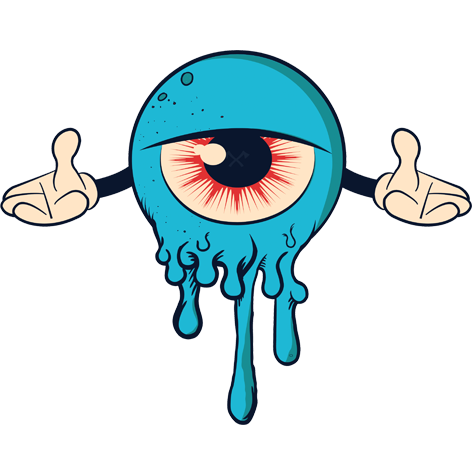 The Etheremon world is just getting started. We had our first new 3 Etheremon launch. There's been a lot of FUD saying Etheremon is a scam. I own 3 Etheremon now. They have been making back ETH and I have NOT seen any signs this game is a scam. They have updated the smart contract to make it more secure and protective to the buyer. I say get in now before the masses hit and maybe make some quick ETH. STOP upvoting your own posts!
I found a upvote/follower exchange that gives you 2X your upvote value(if your a minnow). Its called SteemFollower in fact, this post is being upvoted by SteemFollower give it a try.

Donate to any of my QoinPro wallets

QoinPro is a free wallet that gives you free coins daily

Hey mate! Where is my kitty though? :(

you can't win if you don't leave me your litter wallet address!

This is nice
Am interested, please how do i get started?

This is really nice
Am interested
Please how do i get started?

This is really nice
Am interested
Please how do i get started?

You got a 33.77% upvote from @postpromoter courtesy of @brittuf!

I've seen the term cryptokitties in numerous posts and references and wasn't too sure what the hype is all about. After reading your post i will surely check it out now. Thanks!

STOP upvoting your own posts!
I found a upvote/follower exchange that gives you 2X your upvote value(if your a minnow).

Is it different from this?
https://steemfollower.com

I have join some weeks ago and is working properly, suddenly the site is not working again

Manual following is not working again, only manual curation that is working

Isn't there a lot of concern surrounding the Ethermon thing? I heard somewhere (I think from @Crypt0 if I am not mistaken) that the smart contract it uses is a bit shady and lets the creator moves/take funds from the smart contract whenever they want, which is a bit concerning.

Any idea about similar new games coming out any time soon? Maybe there are plans for crypto-bunnies on Steem? :)

Thank you very much! I finally won!

i dont know that you do ?

I have no idea why someone would spend money on virtual Kitties, I'd rather buy a real one and feed. :D :P

This post has received a 17.82 % upvote from @booster thanks to: @brittuf.

This post has received gratitude of 10.51 % from @appreciator thanks to: @brittuf.

again lol. I hope to win this time

Congratulations @damianpellejero
Good luck to all

Congratulations @brittuf, this post is the tenth most rewarded post (based on pending payouts) in the last 12 hours written by a Hero account holder (accounts that hold between 10 and 100 Mega Vests). The total number of posts by Hero account holders during this period was 423 and the total pending payments to posts in this category was $9220.24. To see the full list of highest paid posts across all accounts categories, click here.

This post has received a 14.5 % upvote from @boomerang thanks to: @brittuf

The post that you posted about Bitcoin contains many important information about this, which is very helpful for me
thnx dear friend for share this information