I've talked about NEO before in Alt-News #5 back when it was rebranding from Antshares and the price was hovering between 5 and 8 USD each. NEO is one of the first chinese Open-Source projects and is about to get a lot more projects within it going soon. Similar to how many other blockchain's are creating other projects within it, Ethereum and their ERC20 tokens, Steem and their SMT's, same thing is starting to happen with NEO.

Before we get started I want to make sure that the readers are aware that this is not investment advice and the risk involved in cryptocurrencies is as high as the volatility. Never invest money you can't afford to lose, this can't be stressed enough.

Having said that, I think NEO would be a good medium/long-term investment and in this post I will describe why I believe so. This post has not been sponsored. For disclosure I am a shareholder of the token.

After the last China scare regulating exchanges and banning ICO's, etc, many seem to have moved away from their markets. As we know China though they often prefer to create their own tokens and brands instead such as NEO and YOYOW and I'm sure there will be more popping up soon but in a more regulated manner which is good for the safety of investors.

Red Pulse recently finished its ICO and is the first token to be created for NEO. Their goal is to power a brand new content production, distribution, and consumption platform focused initially on China’s capital markets. Their vision is to grow the current services into a direct-incentivization ecosystem facilitated by the RPX token, creating a network that connects supply and demand for financial information powered by state of the art blockchain technology.

NEX is a platform for complex decentralized cryptographic trade and payment service creation. It combines the NEO blockchain with an off-chain matching engine to enable much faster and more complex trades than existing decentralized exchanges.

The image from their website if you want to read more and here is a pdf link to their whitepaper.

The token sale is yet to be announced.

NEO will make itself compatible with Elastos, and Elastos will also support NEOVM, and allow the writing of smart contracts with established languages, such as C# and Java. Elastos will be an OS for the Blockchain, and NEO can help developers quickly create Blockchain applications. The combination of the two could connect different developers from around the world, forming a strong ecosystem for application development―all to better serve a Smart Economy.

Link to website for more information and to their whitepaper in pdf.

Qlink really caught my attention, a decentralized mobile network, which is dedicated to
constructing an open-source telecom infrastructure on blockchain. The pre-sale started on the 28th November and the Crowdsale is yet to be announced.

Their Roadmap is worth checking out and here is link to their english whitepaper.

If you are interested to hear about more DAPPS created on top of NEO go to this website to learn more.

NEO is valued at 35 USD as of writing with a max supply at 65 million tokens. This comment is for future reference.

What are your thoughts on NEO and the upcoming projects that are going to be built on top of it?

NEO has just become the major part of my crypto portfolio. It's having more and more DAPPs coming, and I am particularly excited about AdEx launching on it.

Good luck. .
Support me with votes in comments.
Thank You So Much..

I invested in Neo (about 5% of my portfolio) and I've been a bit confused by the market over the last few months as it seems like good news for Neo keeps coming out and steady development progress is being made, but the price has been flat to slightly down-trending over the last 90 days.

Any thoughts on why we aren't seeing more of a bull market? Relative to BTC the price of Neo is about 1/2 of what I bought it at a few months ago. Relative to USD it is flat. Its lagged so far behind other cryptos that it is down to 13th in market cap after being 6-8th.

While its true that Neo went from 8 to 36, if you'd invested in BTC over that same period you'd be doing much better.

Relative to USD it is flat.

That's usually a good sign of accumulation in cryptos, especially with bitcoin moving so much lately.

Steem has also been around $1 for a long time now.

I think a lot of people where scared away with all the drama with the bans etc. But I remain equally bullish on NEO. From what I understand it support more programming languages to be used and built on top of it than for example Ethereum. Also they have some collaboration with Windows which probably shouldn't be underestimated.

The fact that you generate gas also incentives the holder to keep the coins in the wallet thus locking up the supply.

I think next big run will go to one hundred per coin !

I'm a Neo hodler too:) Excited about the DAPPS being built on it! Ontology Network should be a major development in the coming months too! Out of the above, QLink definitely seems to make the most sense from a utility standpoint. Thanks for the share @acidyo!
ps. off topic, check out the Naga ICO (ERC20 token) https://www.nagaico.com/?refcode=f368lv this also looks like a possible long term winner!

Thanks for the suggestion, will check it out although referral links usually raise some flags in ICO's. :P

I am a NEO holder as well. Just be patient, the NEO rise will come again. The team is doing a great job. The only thing I didnt like about the team was the "announcement of announcement" thing a few weeks ago. A professional team should not do something like that. Anyway they admitted their mistake and hopefully they will focus on developing in the future instead of hyping the ppl via twitter.

Or just move it to the NEON wallet which also gives gas and even better is off the exchanges, reducing overall risk due to not relying on a middle man that could potentially screw you (although Binance seems legit).

You don't wanna know how many Antshares I bought cheap and sold for a tiny profit. :P

All part of the charm of the sector we are in. It's probably even not a month ago when I sold BTC at around $6k.

i love NEO, a bit expensive but wwe still can take this train!

It's definitely worth picking up a few Neo and holding them indefinitely.

NEO has a pretty good chance to succeed the Chinese/Japanese market, but I never felt like investing in this project. From my knowledge it's pretty much a centralized currency, something I don't stand behind. Besides, compared to EOS its peanuts... 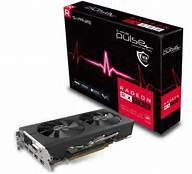 Thank you @acidyo for this info.We will certainly consider this project.I remember when my sister used to live here in China, she was offered to invest money in Alibaba company which was just starting its journey.She wasn’t really interested so didn’t invest, it was really cheap to buy some shares at that time there.Now we all know what Alibaba is and what it’s worth😉

Excellent article. I've been holding about 15% of my position into NEO just waiting patiently for it to become "the one" in China when they inevably lift the current restrictions. Definatly a promissing med/long term HODL.

Good information thanks for sharing sir

Hey @acidyo bro! Nice article on Neo. I just wanted to tell you something. Actually ask a favour tho! I am new on this platform, and it's really hard to get good curations for the newbies. I know you are busy, but if you can please help me. Give me some tips on how to use this and please give me a good upvote too please🙏🙏🙏. I've been working on some Dapps on Etherium, i may have to look at NEO as well.

Good luck. .
Support me with votes in comments.
Thank You So Much..

I've been up and down with neo and still not sure what its going to do. But I do think a small investment wouldn't hurt again just to see what is going to happen...

I am such a pussy when it comes to investing in this space. And I am always looking at the current price as "Now it is too high for me to invest in it!"

This altcoin really has more power and wonderful applications have been developed for it, it really has a very bright future.

Seems like a promising one !It might get a high on the market.
I do not have any but looks good to see some promising 1s!!

Thanks for the update in neo.

To be honest I don’t believe anything Made in china @@

I hope NEO is doing a big jump next year and with the upcoming projects I have a good feeling. I am holding for a long time now got it when it was still Antshares never sold even 1 coin so please beloved Crypto God make it happen ;)

I think I wish I would have thought I was a heck of a lot cheaper because $35 is way more than seven or eight. I remember thinking it was expensive then but I guess I was wrong.

This a really good article. Most of the “analysis” posted on Steemit is total crap. This article though, explains what the project does and why the outlook for the future is optimistic. Thanks for the great work! Upvoted and followed.

Thanks for the informative article. I also have some NEO and love the company. Can you write something about WANCHAIN and ICON?? I would love to hear what you think about those two upcoming coins. Personally I think they have good potential with there elite teams to make 100x longterm - What do you think?

Good luck. .
Support me with votes in comments.
Thank You So Much..
@sizuka

I guess your content really help for us.I have studied from your post.Thanks for sharing your post.

I feel it is cool that so many projects have started up on newer cryptocurrencies.
I wish QLink would become a success since it looks promising.

I love that infographic at the end lol

Blem neo is blem, I wish I got some when it was cheap

Can anyone tell me what is the difference between NEO and BAT...??

Link looks interesting. Right now, no information where can buy the coins so far. do you know any information ?

this is good thinks sir ...i like it ...thanks your

I Love NEO. I believe this coin is going to take off in the near future. I got in at $8 a pop but even at the price now I still believe its under valued and buying some is a great hold for the future. I would suggest putting your NEO in the NEON wallet and have your NEO earn you some GAS.

Nicely Blog. ..about crypto. .
Good luck. .
Support me with votes in comments.
Thank You So Much..
@acidyo

Blem neo is blem, I wish I got some when it was cheap.