I don't know about you, but I have been inspired by the success of @amanda_b_johnson's #FirstDashWallet campaign, and the areas of the world it has brought people into Dash from.

This campaign has the potential to be the hugest thing to happen in earth's history, let alone Dash. People in countries with failing currencies will start it out of desperation, but eventually that network effect will bring it worldwide. This could seriously be the "killer app" that we need to bring the world into digital cash.

As such, I propose that we spend every last budget dollar on this campaign, over and above other approved proposals. The importance of what Amanda has started here cannot be overstated. Carrying on with this path could see huge swaths of people carrying Dash, and be the kickstarter to merchant adoption that we need.

As the Dash Nation founder, this campaign makes me absolutely giddy with excitement. Let's continue to get Dash out there into the hands of people who will help us create a worldwide economy with digital cash!

Who agrees with me? 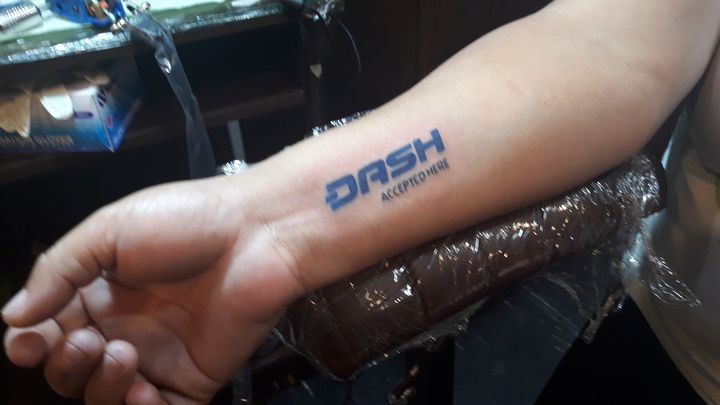 Let's continue to get Dash out there into the hands of people who will help us create a worldwide economy with digital cash!

Could not agree more! The world needs it.

This campaign has been remarkable to watch - the amount of people responding is crazy.

Thanks, man! We won't stop until Dash is on everyone's phone...

Why does Apple keep rejecting the official Dash Wallet?

Dash for everyone, yay!!

Wow, a DASH tattoo! You seem very dedicated to it!!!

That's not me, dude, that's a maid from South America.

You can't argue with success. If it works, keep it going. Seems simple enough for me. 😎

The campaign was a great success. But the cost could get out of hand y it goes REALLY viral. How can we make sure general public is not disappointed with lack of funding?