Bitcoin Is Less Damaging To The Environment Than Fiat

Bitcoin doesn't damage the environment as much as it is often portrayed. In this article I examine a relevant report. 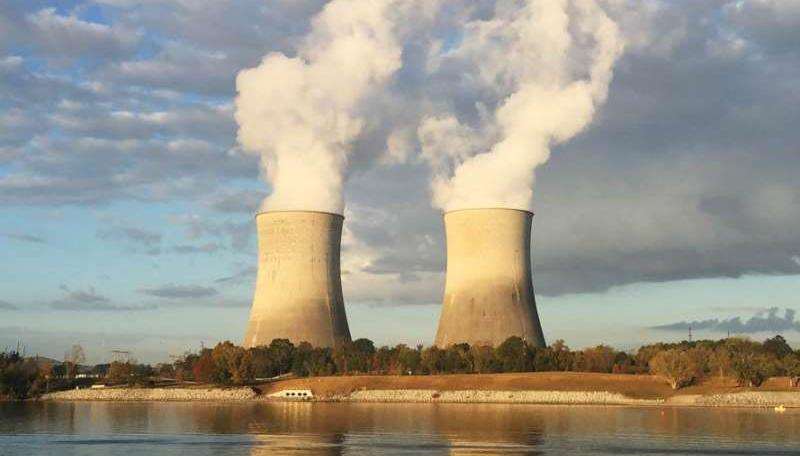 How bad is proof-of-work really?

A well-known and dreaded topic in the Bitcoin community:
The ecological footprint of proof-of-work. Is the network security justifiable when it comes at the cost of millions of miners burning electricity on cryptographic puzzles?

A recent report by Elaine Ou of Bloomberg (Lol, as if they have any authority on this field) argues, gold mining, the production of cash and the necessary data centers consume significantly more energy than Bitcoin mining!
Yeah, take that Federal Reserve!

The study argues, that the yearly power consumption of BTC mining amounts to something around 8.27 TWh per year. Yeah, that's Terawatt hours, I know it's a scary number. In fact, it is more that Ireland and other small countries consume per year.

What's more, these numbers don't take into account the massive amount of electricity spent on maintaining the traditional financial infrastructure such as banks, security systems and safety vaults, that are used to keep cash and precious metals safe.

Looks like this argument against Bitcoin no longer stands: We can now say with fair certainty that Bitcoin consumes less energy than it's non-digital counterparts.

It kind of makes sense right?

A decentralized self-governed system that makes a massive outdated sector of infrastructure obsolete? Surely it must be more efficient too. That's just talking about electricity, not even touching the topic of all the clowns wearing suits....

Disclaimer:
The term "traditional currencies" in this article refers to coins such as the USD coin - Would not invest, definitely a scam.

Information sources:
https://www.bloomberg.com/view/articles/2017-12-07/bitcoin-is-greener-than-its-critics-think#footnote-1512668309251
https://cointelegraph.com/news/bitcoin-has-less-environmental-impact-than-fiat-currencies More Articles like this:
Do you want to learn how to protect yourself from browser tracking? (Read article)
Do you want to learn about the recent crypto hacks and how to protect yourself? (Read article)
Thank you for visiting my blog! If you enjoy my content, you are welcome to follow me for more updates. ᕦ(ò_óˇ)ᕤ
- Nick ( @cryptonik ) -

I had recently heard that Bitcoin was using a few % of the world's electricity production. Not sure how true that is.

I do feel that POW is wasteful. Not that other things aren't, but just because something else is more bad doesn't make something OK. I think this is where POS comes in and seems like many of the bigger alt coins are starting to gravitate towards that model.

There is also IOTA with the tangle but that is a whole other ball of wax. I need to do my research on that one.

Hey @canadianrenegade.
You are right. The point of this post is to combat the naysayers of bitcoin who come from an environmental perspective. I want to point out that a decentralized self-governed system is more efficient overall than the traditional one we have. That is not to say improvements cannot be made for Bitcoin. POW is wasteful, and POS a much better alternative. And I am also a big believer when it comes to the Tangle, I was astonished to see zero fee transactions in action. Unfortunately, even though we have far superior technology and alternatives to Bitcoin within the Cryptospace, often the market doesn't really care. I think we have both noticed this.

I am glad to finally see a nice take off on Litecoin and IOTA, the wait was worth it :)

The better technologies will win out in the end. It's just going to take awhile.

Meanwhile WTF is going on with the rate that money is pooring into the crypto space it's starting to get a little disturbing. I'm much more comfortable with slow and steady.

I agree; This is due to the attention coming from the Futures market, news and coinbase. Coinbase is now nr.1 app in the US. I also prefer a slower growth, but to put it into perspective: the market cap of Gold is at arounf $8 Trillion USD, so we are still x16 away from that.

I think we will relive 2013 in 2018; We are going to pump Bitcoin to the moon, and then enter a long bear market to consolidate the overvalued pump before picking it back up and taking it to newer highs.

But this time much shorter, not a 4 year long bear market.

The @OriginalWorks bot has determined this post by @cryptonik to be original material and upvoted(1.5%) it!

Congratulations! This post has been upvoted from the communal account, @minnowsupport, by Reaper7132 from the Minnow Support Project. It's a witness project run by aggroed, ausbitbank, teamsteem, theprophet0, someguy123, neoxian, followbtcnews/crimsonclad, and netuoso. The goal is to help Steemit grow by supporting Minnows and creating a social network. Please find us in the Peace, Abundance, and Liberty Network (PALnet) Discord Channel. It's a completely public and open space to all members of the Steemit community who voluntarily choose to be there.