xtrabytes (53)in #crptocurrrency • 3 years ago (edited)

Our monthly newsletter summarizes recent developments relating to XTRABYTES (technology, marketing, and community). This month we cover the coordinated strikes of testnet #3, recent XCITE client progress, and the CoinFalcon listing. We also cover the recent general update formally announcing the search for an XTRABYTES CEO as well as the first date-estimate for a patent pending status. 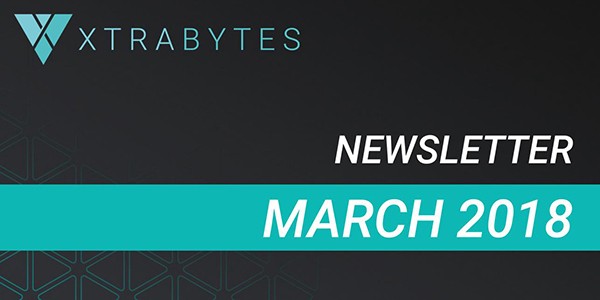 The XTRABYTES team recently concluded the coordinated strikes planned for testnet#3. Using old Bitcoin code modified to run on the PoSign algorithm, the testnet team was able to reach 539 transactions-per-second (tps). While the testnet is still ongoing, no additional coordinated strikes are planned at this time.The testnet currently serves to test our XCITE client integration, as well as new functionalities like a tipbot.

Since new developers have come onboard, several new functions have been added to Discord that better integrate our community. For instance, a tipbot has been developed and is now being tested on the testnet wallet. This tipbot creates a unique ID for each individual Discord user so that it can track the amount of funds present. The funds are stored on the tipbot and can be withdrawn using specific commands. This function is still connected to the testnet for stress-testing purposes and as a means for detecting bugs.

Check out XTRABYTES new #testnet-tipbot channel on Discord and play around with fake XBY currency! Please report any bugs or problems encountered by visiting our support page and clicking “Submit a request” (top right). In our latest development update, we focused on the XCITE client and its steady progress and development. Among its many uses, XCITE bridges any gaps between the platform’s modules (X-CHANGE, XCHAT, etc.) and ensures that they’re connected to the PoSign network. As mentioned in the update, XCITE is now configured to connect to the testnet wallet (instructions within the development update). Altogether, these developments further enable XCITE to serve as XTRABYTES’ central hub.

In the end, XCITE will require thorough testing before being officially connected to the live chain. This testing is being performed on the still ongoing testnet, the optimal environment for users to find and locate network errors. If you haven’t done so already, please download our latest XCITE client release from here and test it for yourself! Please report any bugs or problems encountered by visiting our support page and clicking “Submit a request” (top right). 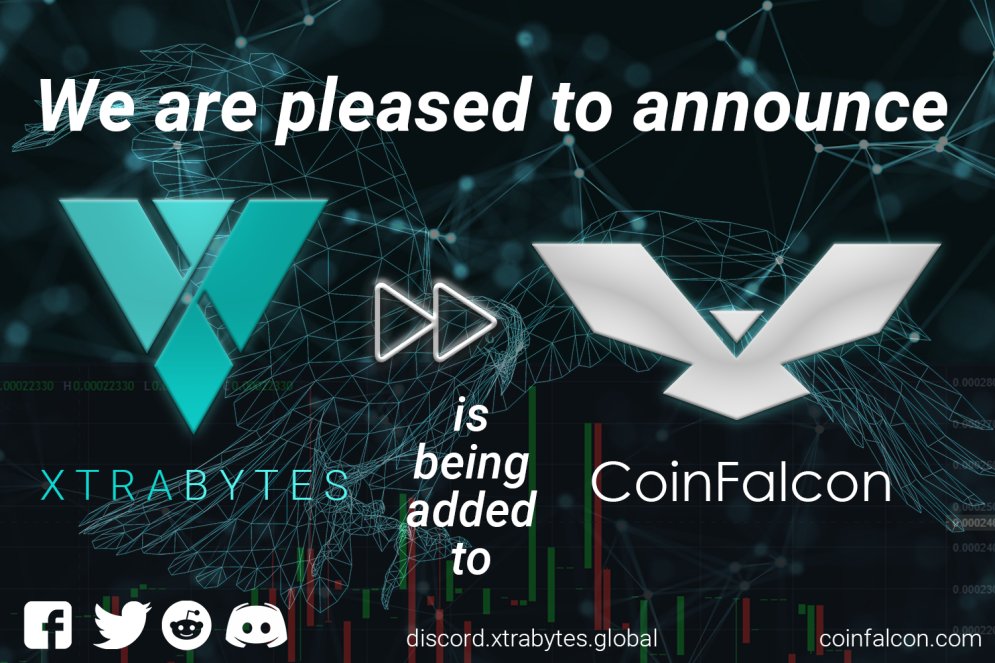 In mid-February 2018, XTRABYTES made its debut on CoinFalcon with Bitcoin and Ethereum as trading pairs. The CoinFalcon exchange provides users with an alternative to XTRABYTES’ primary exchange Cryptopia. Although relatively small, CoinFalcon has proven to be a safe and reliable exchange for investors. Readers can learn more about CoinFalcon here.

Aside from CoinFalcon (1 XBY fee), XTRABYTES is also traded on C-CEX (2 XBY fee), and Cryptopia (1 XBY fee). Please note that the XTRABYTES team has officially warned people not to trade on Yobit. Current plans call for XTRABYTES’ fees to reflect a more dynamic structure in the near future.

Hunt for a CEO

In XTRABYTES’ latest update, CCRevolution announced that the leadership team will be seeking a highly-qualified CEO (chief executive officer) to serve as the face of XTRABYTES Ltd. Both Borzalom and CCRevolution have stated that they do not feel comfortable or qualified enough to carry on as the face of XTRABYTES and all that it entails (traveling and attending meetings across the world, being on television etc). Therefore, they have opted to search for a CEO who can serve in this capacity.

XTRABYTES has announced that its 1-year anniversary will officially occur on April 7, the date in 2017 that C-CEX officially accepted the XBY chain.

Finally, an embedded audio-file within a recent blog post allows visitors to hear co-founders CCRevolution and Borzalom discuss the ongoing patent process. They reveal their confidence in the patent lawyer as well as what steps will be needed to secure patent pending status. Additional news about the patent process can be found in CCRevolution’s recent post “State of the BYTE”. Among other things, CCRevolution estimates that patent pending status will be achieved by early-to-mid April.

As XTRABYTES’ 1-year anniversary and patent pending date-estimate converge upon us, we hope to deliver some great news on April 7th (or shortly thereafter!). In all, XTRABYTES is coming to fruition in the near future and we hope you will be a part of this journey. As always, we want to thank you, our community, for making XTRABYTES what it is.

Originally published at blog.xtrabytes.global on March 2, 2018.

Lets see those patents come to fruition. Would be nice to see XBY back in the top 100.