"We Don't Have the Rule of Law" Brown recently sat down with Truth Out reporter Candice Bernd to discuss the police and surveillance state that has emerged in America and his future plans.

I found this interview with Bernd to be very in depth and quite fascinating.

When asked about his future projects, Brown outlines a vision for journalists and bloggers to better share information by creating what he calls a 'process democracy platform'. This project has been in the works since 2009, before his incarceration, and with the help of trusted collaborators Brown continues to work towards creating a revolutionary crowd sourcing collaboration. Collaborations will occur between institutions, non-profits , academics and even citizen journalists.

Brown describes how Anonymous was a free-flowing and amorphous experiment that with a lot of obvious strengths but also points out the collective is vulnerable to numerous internal and external threats which he believes 'just could not be defended against' leading towards a 'burnout' in its effectiveness. Here's how Brown explains the workings of the pursuance project he's been developing.

Now, with this, the mechanism is, you're in this server and every other person in this server [has] the same rights. You have the right to create what's called a "pursuance," which is an entity. It looks like this:

You are, like everyone else, a little circle in this universe. You can create a sphere. So, having created this entity, you're in control of its DNA/constitution, its centrality of being. You're the only one connected to it at first. You define it entirely. Now, as time goes on, you may, for instance, bring people in under yourself, who are answering to you, but who have joined knowing what the role is, knowing what [the] relationship is. It's a defined relationship. In general, those people have the ability to bring on people under them in different ways. Another way of doing it is, you create one [pursuance], and immediately let several other people have the same rights to it as you. You have several people connected to the central aspects of the pursuance, and you're sort of running things democratically. Certain things require a unanimous vote or a majority vote among the people who are going to do work connected to it.

The original purpose of making it like this was intended to figure out how you build something like Reddit, or some other kind of online entity, and expect it to grow without having to worry about the average user base declining in quality -- like Reddit for instance. Reddit starts out with early adapters. It's very informative. You have people providing commentary on articles. It was, for a while, really the most effective way of getting actual information on things. Then it changes, obviously. So how do you get it so that you can expect this thing to grow without having to worry about decline in its quality?

The way [the pursuance] system works, it doesn't matter if on the margins quality declines, because on the margins, these people are free to bring on people, but they still have to handle them. So if it's data gathering, for instance, if you're a journalist or you're running a crowd-sourced project, and you bring on a few people, each person who's bringing on people obviously have an impetus to bring on actual quality people to the best of their ability because they have to deal with them, and bad information, useless information, that comes out of these distant [peripheries] on the system are not going to make it up the submission, and there's a whole mechanism for all of that.

The framework describe here by Brown is quite extraordinary in that the vision is to empower people to create their own 'pursuance' and provide a platform to use their abilities in collaboration with others to attain specific outcomes. By doing so, they have the opportunity to scale up and potentially have a greater impact using the collaborative network.

So that was the original impetus. There are a lot of other features that make this work for different things. There's a great mass of people out there who are tweeting and commenting, and they're upset, and there's some portion who are very honest people who are capable, who are knowledgeable, but who are not being provided with (a) the ability to help and (b) the ability to rise. If you present people the ability to do things correctly, and by doing things correctly, rise to a position where they have the ability to do things on a larger scale, and if you make it apparent that that ability is there, and if we provide examples of it working and provide a degree of leadership, and frankly, propaganda as to why the time has come for this kind of thing, then it will work.

Currently, Brown continues to develop his project in the US while he completes the remainder of his 2 year probation. Afterwards, Brown intends to move to Germany or Iceland, out of the reach of the 5-Eyes (US/Canada/UK/Australia/New Zealand) where he believes the US cannot easily appear and remove unwanted actors from the scene.

Brown continues to be subjected to harassment by law enforcement officials, and the Bureau of Prisons (BOP) in particular, who apply laws in a "kind of a haphazard, wriggling, low-intelligence, imaginary legal strategy". This is in reference to the BOP illegally changing the conditions of his parole violating his constitutional right to free speech.

Since then there's been no word on it.... I could pursue this, but there's other things I'd be more interested in pursuing regarding the BOP. So I haven't come to a decision yet on what to do, if anything. I think it's actually more important just to show that this is what can happen to you. That's the thesis I'm trying to present. These things are ingrained in our system. They're [systemic]. They're not just, "Oh, these things happen." This is a [systemic] flaw in our system.

"We don't have the rule of law. We just don't. It's a myth, a dangerous myth" 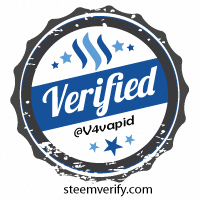