I’ve decided to try and learn from the best crypto-predicters on steemit. So I’m going to give away some Steem for the people who can point me to the best altcoins in the near future.

Comment and upvote this post, naming your favourite altcoin that you think will rise the most (USD value) the next 10 days. Along with the name of the coin write one or two sentences about why you like this particular coin.

The prizes are the following:

and a bonus 2 steem to the description I find most valuable and insightful.

So 7 steem are given out in total.

The altcoin you name has to be non top-ten (leave out the big ones).

I decided to mark the end day three days after the last posting so it wouldnt be too easy to predict in the last moment.

if two people post about the same coin, then the first one to post wins obviously. And please don’t edit your comments after posting.

You can comment and upvote until the end of next Wednesday

The altcoins that decide the winners will be taken according to coinmarketcap.com’s Gainers and losers page from Sunday 31st Dec to Sunday 7th Jan.

So don’t name those. 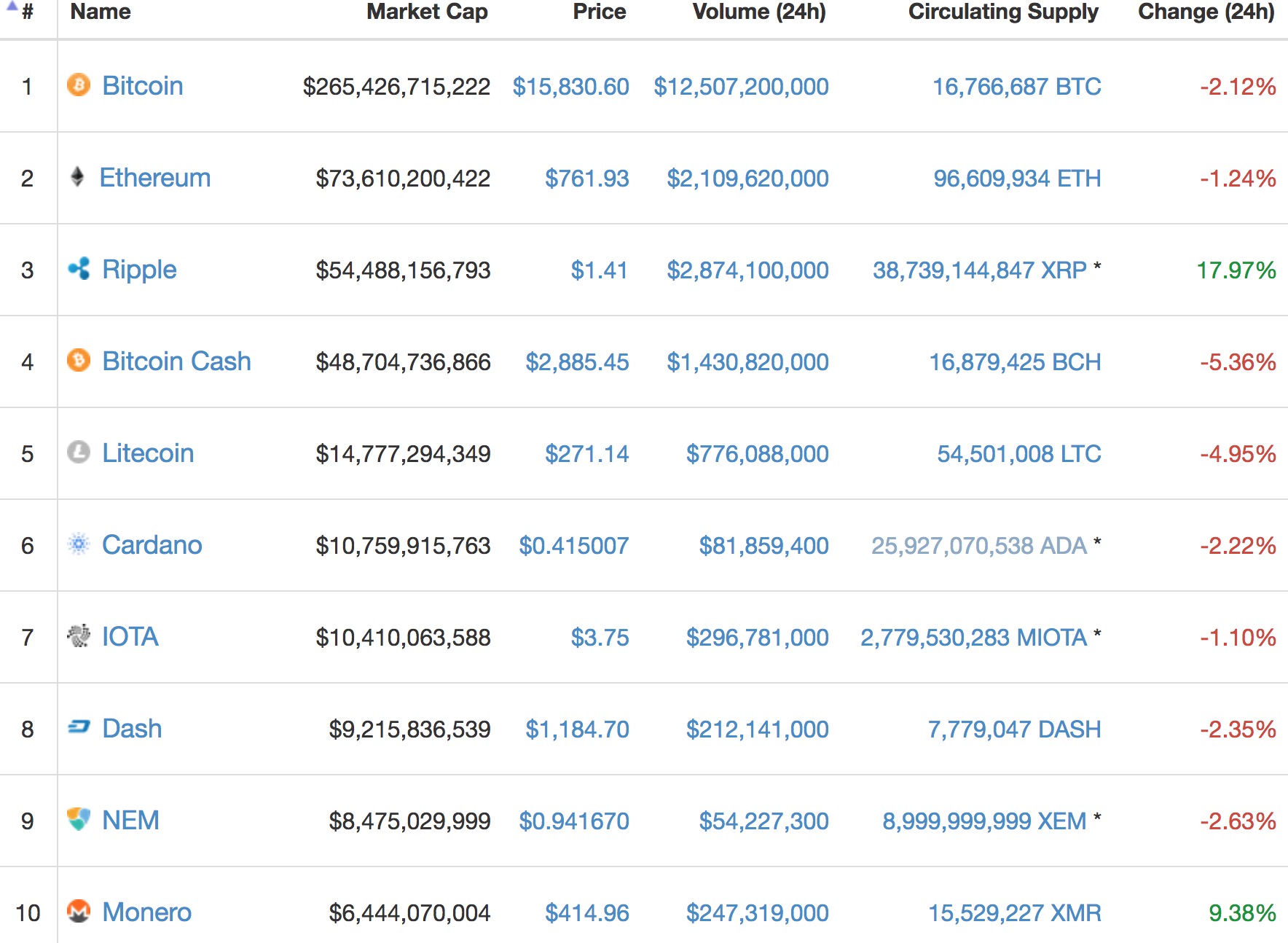 So to sum it up the rules of the competition:

start date: now
end date (posting): Wednesday
Winning decision: Sunday 7th (don't be mad if I don't post immediately, I have a little baby that sometimes demand a lot of attention. But I will announce as soon as possible.)

Awards to the 3 coins that gain the most and also the description i like the most.

Let me know if anything’s wrong or unclear with the competition, since it’s my first one and I’m not trying to cheat or offend anyone..

Good luck, I’m hoping to learn a lot from you guys!

ICX, because it's a Korean alternative for Ethereum, and the Koreans like cryptos. Will be added to some extra exchanges too.

I agree with @cryptogecko. After reading through all of the comments I found that most valuable coin that is suggested here is Siacoin. Its current value is 0.00000192 BTC which can go upto 0.00000700 BTC ++

The hard-fork is going to make people holding this coin rich. So I too suggest you go with Siacoin.

Yes, you are right. After the hard-fork, the value is going to skyrocket.

Interesting I actually bought some siacion for fun a while ago, do you know when the hard fork will happen?

It is not even in the top 30 right now but this coin is going to take a huge leap forward. This is a great time to buy Siacoin because it has hard fork coming at the end of this January.

I hope you find this information useful @funcrypto, as this is kind of researched info.

ICON (ICX) it is Korea's first ICO. It has been released on Binance and competes with EOS, NEO Ethereum and ADA. It will grow this year.

Well I think POTCOIN
Just have this feeling it's going to the moon, not even in 10 days but still in future time to come.

Bitshares
because it has the best DEX out there and it’s fast and simple to use. Many businesses will need it.

Cardano! Because will have an update soon And there are many exchanges remaining to add This coin.

Hi Felipehukken! Thanks for your comment, but Cardano is already in the top 10 coins, and I'm hoping to learn about the not so famous coins. So maybe you have another suggestion?

My favorite altcoin is Golem (GNT). The idea of having crowd sourced processing power with a robust developer API that can be built on top of the network opens up possibilities to achieve remarkable things in so many industries.

KEEP YOUR EYES ON

voxels (VOX) it's value is rising fast. it's got an interesting proposition. a token for the voxelus platform which allows users to create VR apps without ever using a line of code. [THE VOXEL(http://thevoxel.com/)

it's got minecraft potential written all over it.

It has a lot lot of marketing going on as well. :)

Hi gsari, thanks for your comment. I like litecoin but now I'm looking for coins that are not already superpopular (non top-10). Do you have another recommendation?

I think either Neo or BitConnect will raise to the 10 top primarily because of the steep climbs both are making overtime. Both are truly open source. Neo poses smart contract capability while Bitconnect is a coin that builds on interest just by storing coins in your wallet overtime.

They both just have the ingredients to make it big. It all comes down to which is getting more mass awareness. Most likely it will be bitconnect, due to it being a community driven project.

Alright, let's say your bet is bitconnect then. so Neo is still up for grabs for someone else, thanks for the advice!

Gridcoin, it has the potential to make the world a better place through cooperation.