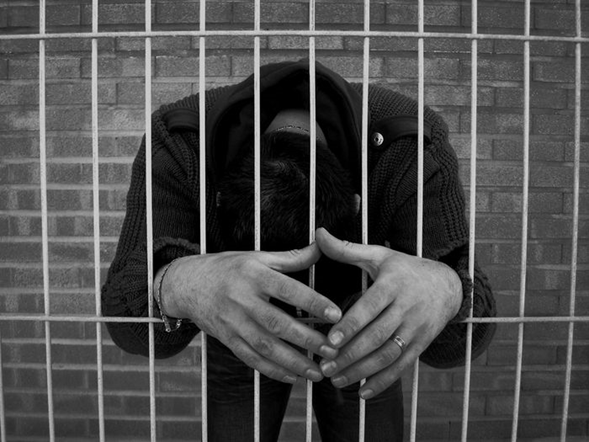 The night
Day 1: A window of 15 cm. Diameter
Michael watched, thinking how to get rid of it. The rain accompanied his sadness, jars of heaven were falling
Is it a just cause?
Let's see
Some told him: It is not worth Michael who wants to be a redeemer dies crucified

The hope
Day 2: The sun was at the top, had a dry throat, but more arid er the problem of doubt
Had I done the right thing?
At that moment he crossed the cell again, noticed a cobweb in a corner; He remembered that story of a man who escaped from his captors, hid in a cave and exclaimed "God, if you exist send me help"; A spider appeared and wove a cloth over it, with contempt said: "This is going to serve me."
Then I listen to the steps of the men who held him captive, little by little they came closer to the cave. The man was terrified. The criminals entered the cave and, observing the entrance, said: "Let's get out of here, you can see that no one has entered in a long time, they left the place allowing Jake to save his life.

The resolution
Day 3: Outside the mountains full of mist, offered a wonderful view.
Michael was determined to accept the proposal to desist the defense of the mountain that had witnessed all his moments of happiness in the village.
I will do it for my family. They do not deserve to live without their father ...
He called the authorities to notify that he would give in to his blackmail, sell his property to go to the capital to enjoy the good life with his family.
He entered the room painted white with flags on each side, a mahogany desk, there was a scent of fine tobacco in it.
The document to sign was ready, on a black folder. In his heart he felt a vibration and his body was filled with certainty; He did not sign any document and instead walked back to the cell to recover his dignity, which for a moment he had lost.

This is written more like a story, not a person's journal/diary.
Don't get me wrong, it's interesting and the idea behind it is very good, but other than having marked days, this doesn't scream out "I'm a journal" to me.

Thank you very much for your entry! The story is good and the idea awesome! ^^