WHy Russia is not the Enemy, but lack of trust in our Democracy, is. 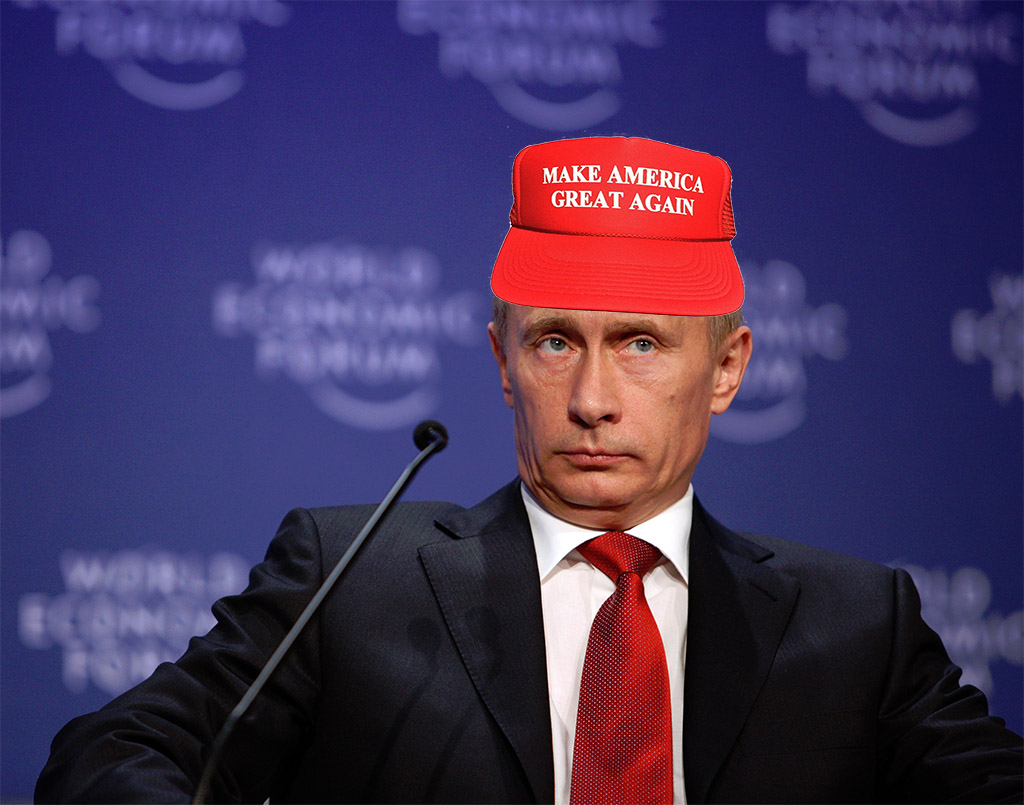 Who done it? The Russians! They discredited our oh-so-special democracy to elect a bafoon!

I'm sorry, but if our democracy failed to elect a suitable leader, and decide the root cause to be online manipulation by a few stupid foreign trolls, then our democracy was WEAK and these weaknesses need to be addressed in order to initiate change. What is this blame game we play and who does it serve? Even with the news of the slightly more effective Cambridge Analytica campaign to elect trump, all I see is a blame game instead of the actual responsible partners in this fiasco to take responsibility. While big money may be the overriding pervasive influence, it was the integral parts of our election system forcing the biggest mistakes upon us; the democratic party pushing the hated and corrupt Hilary Clinton, the Republican party giving us Trump bafoon, and the media that allowed both these candidates whom the population overwhelmingly did NOT approve of to become our only options, they are the MOST responsible parties. They are all private entities who control our elections while valuing the dollars they receive more than the public they serve.

Big oil, big pharma, walmart corp, large lobbying enterprises, 2010 citizens united decision... lets just say that no regular citizen with an ounce of compassion or intelligence who knowingly supports or approves of the massive corporate influences on our democracy. By 'massive corporate influences on our democracy' I mean the effect they have on our media, and the Democratic/Republican parties that guide our democracy in today's political climate. Everyone is aware and NO ONE is happy about it, but to a great extent it has just been accepted. We play the game in front of us rather than changing the rules we know to be detrimental to society and culture as a whole. So many of us say, "I know Hillary is corrupt but she has connections in the political landscape that Bernie doesn't have so we have no choice but to vote for her". Or we say, "I know Dianne Feinstein voted for Iraq war and NSA spying and many other conservative positions that I disagree with, but we need democrats to oust trump so we need her. You can't support Alison Hartman who holds all the same views on policy as you do." We play the game we are told to play, we believe there is no other way, but then we get upset with the outcomes.

This needs to stop. We don't need to play the game. Bernie sanders out-raising Hillary clinton despite ALL her manipulation of democratic money and big donors? Isn't that good proof? Alison Hartman is out-fundraising Dianne Feinstein on small donations right now, isn't that winning outside of the given rules? It IS possible to breakout and change this system instead of feeling trapped in it. RIGHT NOW is our chance. Why is it so hard for so many of us to believe change is possible? My father for one, an intelligent person aware the gross practices of our politicians, STILL thinks Hillary a smarter choice than Bernie simply because he believes nothing can change. I try to make him understand that this viewpoint he has is doing more to support the ugliness he despises, as he literally fights against the righteous policies he knows to be most honorable, with an attitude of wisdom, as if supporting the "incremental" narrative posed to him from a bought establishment and psychotic Clinton campaign comes from his years of experience navigating politics, rather than from a stubbornness to believe positive change is possible. Okay, sometimes I do get him to admit that he is cynical, but he always finishes it by saying, "but I am just being real about it rather than believe pie-in-the-sky ideas like you, Michael." How is it that any American, can think that universal healthcare for the United States of America is a 'pie-in-the-sky' idea? And to tell you the truth I think the younger generations are done with the game and ready to make change. But the sad fact is that we are not only fighting the corporate powerhouses, but longstanding political mind-frames coming from our elders and peers who deep down, really do want the same thing as us. We just need to make them realize that it is okay to break the rules.

We need to start changing the rules now or else we won't have rules to change. While some like my father are clinging to old systems, others are so past giving a shit that they will believe ANYthing that goes against the mainstream. So many corruptions and conspiracies are known to be true that we have a public who wants to believe anything against the mainstream narrative, to the point of absurdity. We saw this after the recent Florida shooting, where lack of trust in the mainstream narrative led to an idea that shooting was staged for political purposes. One of children from the school who appeared in an interview after the shooting, who is a victim of a tragedy, was made out to look like a quote on quote "crisis actor." This was supposed to imply a political agenda to ban guns, and so many assumed this strange story to be true because SO many of us know that political agendas in this country are ruthless and moral-less enough and prolific enough, that this type of thing could be possible. So many believed it possible that this clearly bullshit story hit #1 on youtube, as so many raced to see the evidence. Wow. That is an insane lack of trust in our system. That's what we presume to be going on behind the scenes? It makes you wonder, how many U.S. citizens currently believe that 9/11 was an inside job? I'll tell you once the liquor gets flowing, more than you would expect. They see it as a PLAUSIBLE thing when you see our disgustingly corrupt system at work. I personally do not believe it was an inside job, but I think the amount of people that DO believe 9/11 to be an inside job is telling; it is just as telling as this crazy story about a crisis actor at a school shooting reaching #1 on youtube. No one trusts our politicians, our media anchors, our judicial system, the CIA and NSA and most other arms of the government or large institutions. The truth is that he was visiting Redondo beach and was interviewed about an instance on the beach by CBS Los Angeles but he was a high school student from Florida and there was nothing fishy here. People believed it though, because we get fed false narratives by media all the time for large scary agendas like invading other countries, so, we have a public that will now believe in any silly conspiracy nonsense because a conspiracy mindset makes more sense in this supposedly democratic environment that is actually riddled with political conspiracy and corruption wherever you look.

They told us Iraq had weapons of mass destruction and it was a lie. They told us that "17 intelligence agencies" had proof of russian meddling and that was a lie. Where are they going with this? A new McCarthyism for a new cold war? The proxy bulls**t in Syria is already proving profitable for the military industrial complex. I am certain that this is not in the best interest of our country. I am also certain, that with more trust of democracy instilled into american hearts will bring more political involvement which will in turn bring real results and the change that we need. So don't play the game, do what you believe is best. Vote for Allison Hartman over Dianne Feinstein. Support Bernie Sanders and Justice Democrats over a fake establishment "unity". Find independent media that speaks your truth and criticize the newspeak we see on cable television. Stand up and take the simple belief that good things are possible, and I promise you all our future will be brighter than the bleak horizon we are currently looking at. There may be a darkness, but let's be prepared for the sun to come around and rise again.

The people who did 9/11 are still alive and many still in the government.

If peace and normal government are allowed, they hang. They need war.

You may be right, it certainly helped push war the following wars. But whether it was an inside job or not, I still think everyone in power are evil crooks and want them out. So, even if I'm not convinced 9/11 was orchestrated by our government, you and I are still on the same side. Can we agree on that?

The point here was to show that distrust in our democracy is valid. That we need to fix things to get trust back. Not to say that we should be trusting it blindly..I think we are on the same side here. Tell me if we are not.