samstonehill (73)in #conspiracy • 3 years ago (edited) Thanks to a Steemit article I wrote a year ago a Filipino film director found me while looking for interesting historical subjects set in the Philippines. Yesterday we spoke for the first time and he has agreed to fly to France where we will meet in person. His intention is to turn dad's story into a TV series for Netflix and I am smiling from ear to ear right now because this project is long over-due :)

You can see the YouTube version of this post beneath. Or on DTube by hitting the image above.

Harry Stonehill was responsible for the industrialisation of the Philippines after the 2nd World War. Posted there as a GI he stayed on to become one of the most powerful men in the country. With 17 corporations and an intimate friendship with president Diosdado Macapagal he believed himself to be untouchable. Yet in the 1960s the US government were able to secretly engineer his deportation and ultimate destruction because he wouldn't play ball the way they wanted. He died penniless and unvindicated after a 40 year court case and left behind a story which is very one sided, depicting him as a criminal who corrupted the nation and stole away their money.

I was born when his empire was already in decline and in truth I hardly knew him at all but what I do know is that he was no criminal and his love for the Philippines and its people was enormous. As a filmmaker I have been dreaming about telling his story to the world for a long time but always lacked the driving force to take on such a huge project alone. I have tried to get this funded in the past and even spent some time bugging his old friend Stan Lee (Marvel Comics) to get involved, but to no avail.

So, it is with great pleasure that I am finally able to see how this is going to happen.

I learned yesterday that Netflix are looking specifically for a story set in the Philippines which would appeal to an international audience and my new friend believes this story fits the bill perfectly. As do I!

We still need to attach a producer and get our funding but every bone in my body tells me this process will flow like water now. I feel much more comfortable serving as an advisor and perhaps I will still find a way to make my own directorial mark by creating a behind the scenes documentary following my personal journey into the Philippines to discover who my father really was. Who is the film director?

His name is Mark Meily.

This is a trailer from a historical drama of his called El Presidente, made in 2012.

Mark Meily Studied Fine Arts at the University of the Philippines. He learned filmmaking at the Mowelfund Film Institute where he won several short film awards. He received a scholarship to study film in Paris at the Ecole Sup. d'Etudes Cinematographiques. He began directing TV commercials upon his return to the Philippines. His first film Crying Ladies won the 2003 Best Picture at the Metro Manila Film Festival and was the Philippines' official entry to the 2005 Oscar Awards. His third film "Baler" was shown at New York's MoMA. His work has won numerous awards in the field of Television, Film and Advertising. IMDB

He is clearly a seasoned filmmaker and it makes perfect sense that he should be the one to take the reigns now. More than this he seems to understand dad's story very well and recognises the importance of correcting the balance of perception to vindicate our family name.

I will be informing my family of this news later today.

Yep, that means you heard it first here ;) 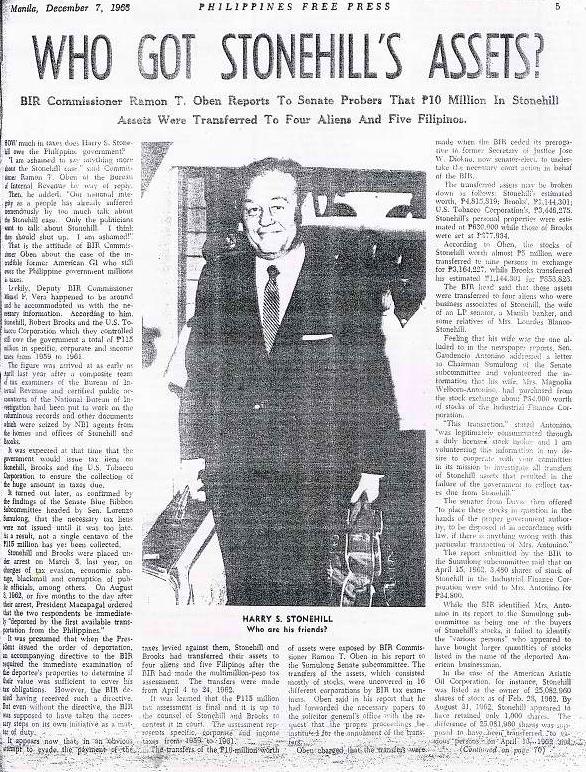 He was a London based filmmaker until he sold everything and set out on a barefoot journey around the world, currently based in the south of France.

He is travelling with his partner & two children and with no bank account he has been living on STEEM & crypto for over a year.

@samstonehill is the creator of:

@steemmasters which provides FREE TUTORIALS, personal training & resteeming services. Website HERE
Contact me directly on steemit.chat if you want to know more about this

@steemtv which aims to provide the best in decentralised films, exclusive to Steemit & DTube

The dailyquotes tag initiative designed to encourage steemians to share their most life changing quotes with the community on a daily basis.

Without them our beloved Steemship would not fly.

Learn what this means HERE and place your vote HERE

All non original photo sources can be found by clicking on the image
#story #philippines #hollywood #dtube
3 years ago in #conspiracy by samstonehill (73)
$14.21
53 votes
Reply 18

I don't know why, but I always had a feeling this important story would be told. As a Netflix member, I send good vibes your way that this project gets the funding it needs. What wonderful news Sam. Maybe we'll see you in a cameo on the small screen yet! Many blessings to you and your family.

Now that's an idea I hadn't thought about... a cameo!

Thank you for your Nexflix member good vibes :)

This such awesome news for you and your family. A beautiful legacy for your children. I am very pleased for you!

Thanks for your support! Exciting times :)

It must be amazing to have the opportunity to share part of your family's history with the world.

I wonder why there were problems with the US government, but I guess we would have to wait until this project is finished to take the time and learn more about this.

Netflix has been creating a lot of original content and knowing there might be a series that is related to a steemian is kind of cool :P

It seems to me that the US seek to control as many nations as possible and when one of their own refuses to bend to their wishes in a territory they have recently lost control of... then there is trouble. Once my father was deported and Marcos was elected they were able to regain that control.

You can be in no doubt I will be sharing every part of this journey here on Steemit. Hope they don't prevent me from sharing teasers here too!

That's you're father? Cool. He has certainly led an interesting life. I can;t wait to see the series on netflix. That's awesome.

For many years I wasn't too sure if he actually was my father! Though I am sure now, thanks to a good old honest chat with my mother and I often see his face in my son now ;)

There is so much about this tale which makes it interesting and relevant today. I feel sure Netflix will jump on this...

That is super exciting and I'll be watching to see how it all progresses! Congrats to you!

It really is exciting. Though trying not to get too excited as the funding isn't there yet... but we are closer now than we've ever been before :)

That is very exciting. Wishing you lots of luck!

cool I look forward to seeing it.

There is some serious excitement going on around here ;)

seems like a good test of your ability to manifest.