realityreader (59)in #conspiracy • 4 years ago 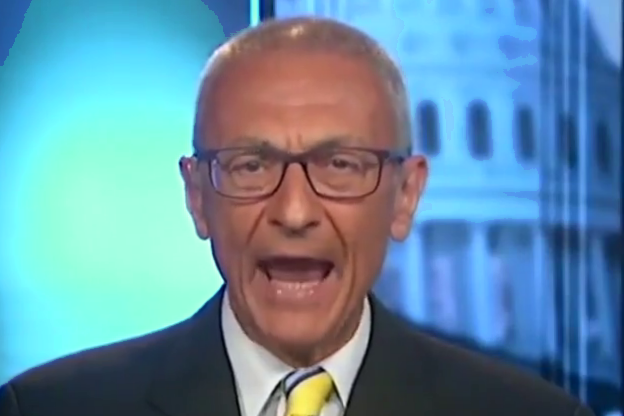 John Podesta threatened the department of justice against investigating Hillary Clinton in his November 15th Washington Post article. Hillary Clinton said that calls for the justice department to investigate her would be "such an abuse of power" and that any investigation into her actions as secretary of state or questionable deals by the Clinton foundation would be in her words "like some dictatorship, like some authoritarian regime."

Podesta also sneered at the idea of an investigation into himself or Hillary Clinton by the Justice Department, claiming "This is what authoritarians and tyrants do. They use the instruments of state power, particularly the wrath of the prosecutor, to rain opprobrium down upon citizens with whom they disagree." He insists that if the DOJ, under the new administration moves forward with appointing a Special Counsel to investigate Clinton or any of her associates, it will spell 'dark days', a weakened rule of law, and the country will be 'in further peril.'

I'm sure the thousands of voters calling for a serious investigation into both Clinton and Podesta would disagree.

Podesta insists that pressure is being put on him as a distraction from the investigation by Robert Mueller, although he failed to mention in the same article that his own brother, Democrat party ally Tony Podesta is also under fire in the same investigation, as just last week Tony Podesta quit the Podesta group, with his replacement Kimberly Fritts quitting the company just days later. In an interview with politco, Podesta group staff say that they expect many more to leave the firm as Tony Podesta's name has become "a scarlet letter".

You can help me make more videos by donating on my patreon page:
https://www.patreon.com/realityreader

An abuse of power??!!! She said that and her tongue did not roll right out of her mouth laughing at her?
And Podesta... Would someone please pop that pimple on the prick of progress?

Has anyone ever been cheated on? Every cheater I have known has accused their spouse of cheating first. Until they are finally outed.

It is good seeing those cretins squirm...resteemed

They are running like cockroach from the justice departement plus notifying the public of there crimes.

Humans are winning despit there tendency to be fearfull.

I want Podesta in jail along with the Clintons, Obama's, the Bushes..etc
.

Meanwhile the current POTUS conspired with a foreign power to throw the election, is using the office to LOOT YOUR TAX DOLLARS every day he golfs at Mar A lago, and wants to trash your healthcare while giving himself a huge tax break. But yeah, lets investigate old granny clinton, lmao.

I read this gibberish all over the place, and I really admire your courage in being so willing to share your growth-curve so publicly - in time it helps you, and everyone in your cognitive bubble, and please don't be too embarrassed when the light finally dawns, everyone goes through this at some time (though not always so publicly, obviously). Clinton the private citizen is still being held aloft by millions of suckers like you as a shining bastion of political savvy, ethical probity, consistency, and a wonderful example of what women can reach for in public life. She also, still, has demonstrably powerful influence in the Democratic Party. As long as all this remains true this bullshit about 'private citizen, no power, picking on the poor old lady' is quite simply laughable. I am not a right winger, I am not a conservative, I think group-think is the scourge of intelligence and civilisation itself. All the public evidence tells me that Clinton and her foul, rapist husband sit at the nexus of a global criminal organisation that future historians will shake their heads in amazement at; regarding the depth, depravity, and sheer longevity of it - in a supposedly civilised age. And I am no Trump supporter, he talks plenty of crap, and has some terrible policies - but a whole year of investigation and accusations and where is one, single, scintilla of evidence that he 'conspired with a foreign power...' - oh give me strength, you guys are just hilarious - do you really, really, believe a word of this blatantly obvious political hackery? Your criminal gang was convinced they would win, particular given how much they did to fix it, and so there would continue to be no chance, whatsoever, of their multiple, despicable crimes being exposed or investigated. Your gang lost, panicked, and has been screaming and ranting, and most of all projecting, ever since. Truly obvious, truly childish and ridiculous - and if your nation is immature and uncivilised enough - it may well even work. My popcorn is lined up - keep it up guys, this material will keep me going for decades to come. Db

Well said. I would love for people as blunt and honest as you, 'and I' to be holding public office.

hehe, thanks. We'd be swinging from the lampposts within a week... Db

Threatens the justice department?
Talk about privilege and entitlement...

Thanks for getting the disclosure out there!

Congratulations @realityreader, this post is the third most rewarded post (based on pending payouts) in the last 12 hours written by a Newbie account holder (accounts that hold between 0.01 and 0.1 Mega Vests). The total number of posts by newbie account holders during this period was 2141 and the total pending payments to posts in this category was $835.15. To see the full list of highest paid posts across all accounts categories, click here.

Take them all down

I just cannot wait for the day this woman falls off the face of the earth.....

I'm not an english man of America, but in my french country we have heard enough about Clinton and fortunately that dangerous woman was not elected president even with her many malpractices. Sorry for my english (i speak just a little) and congratulations for your post 🆒