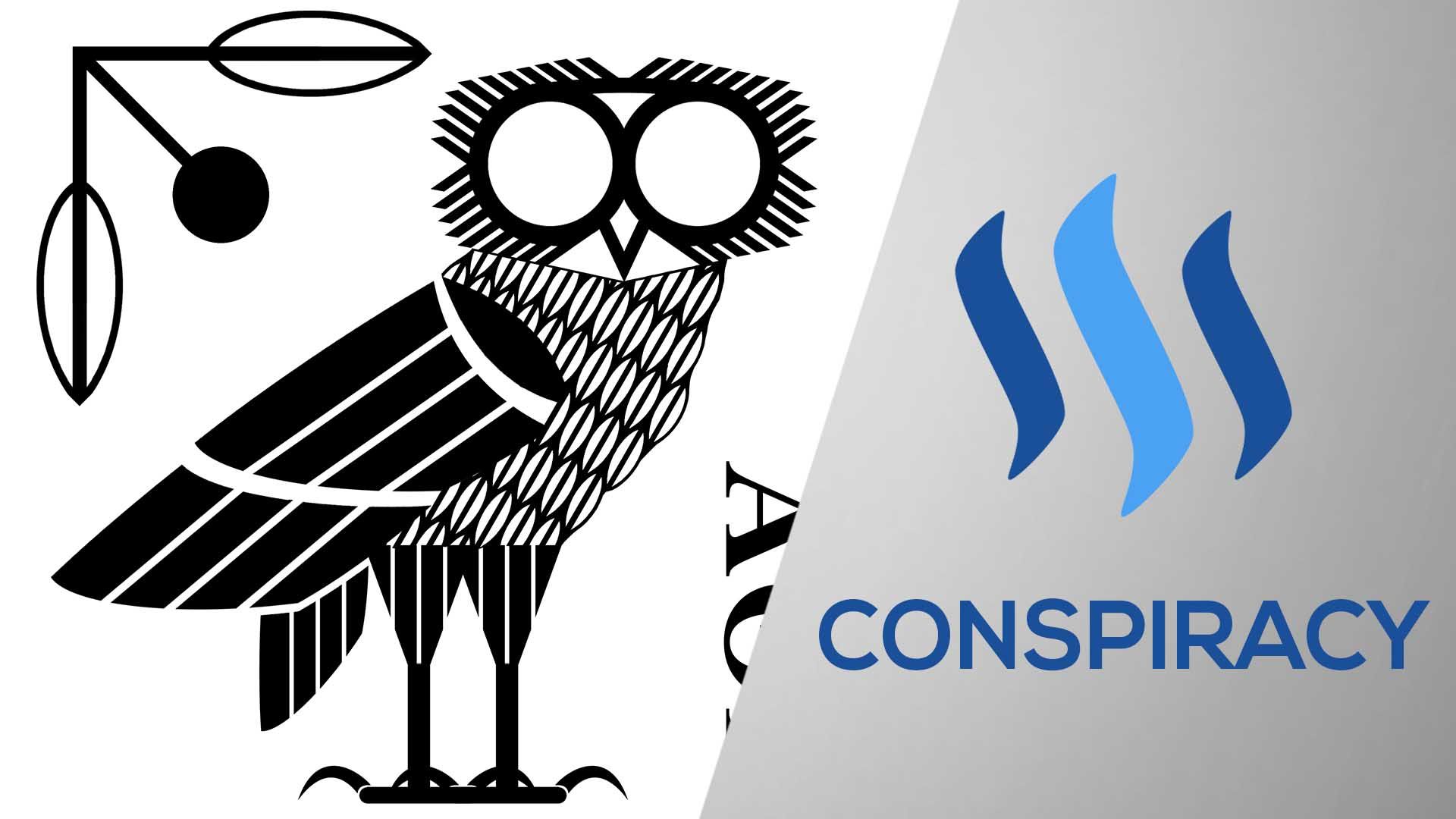 From the Illuminati to the Freemasons

Adam Weishaupt, the founder of the Illuminati in 1776, uses the "Owl of Minerva", the bird of wisdom as the official symbol. Minerva was a Roman goddess, corresponding to the Greek goddess Athene. To this day the myths are that the Order of the Illuminati still exists in secret, possibly under a different name.

The symbol of the owl emerges significantly where powerful people meet on different occasions or make important decisions. Even at the notorious Bohemian Grove, where prominent figures of the wolrdruler and the international community are at regular intervals and at times gloomy rituals, the owl was chosen as a symbol.

The parks of the Masonic Capitol in Washington, seat of the US Congress, were designed in the form of an oversized owl. The symbol used by the Illuminati thus has a certain amount of boom.

All in all, it is a picture that one can, in spite of the (logically) official claims, be an indication that behind the conspiracy theories could be more than one would dream.

An under-migration in the dimensions designated by many conspiracy theorists, in which nearly all the key positions in the decision-making persons were occupied by members of the secret world government and the international community, and they could hardly be stopped in the normal way.

Looking at the overall picture of the conspiracys as reality, we can see in the theoriys a masterplan with a third world war coming to us where at the end they plan to integrade a new world order to rhule the whole world connected as one nation.

Naked nonsense - or real danger? An indictment for a conspiracy is certainly that a deliberate successful migration of the freemasons by the Illuminati is banalized as nonsense, although the order of the Illuminati at its official time targeted high-freed freemasons.

Meanings of the Owl

The idea that the owl is connected to the body of the dead is supposed to be due to the fact that it was customary in many places to leave the deceased at home for a while and to put a candle to their bed at night. The nocturnal owls were then bracketed by the insects gathering around the light at the window of the dead man. But the unusually high rise of owls was less correlated with the insects than with the presence of a dead man, and the owl was already in league with the realm of the dead, a crossover with an ominous significance, coming to get the souls of the deceased.

Already in the Bible, in ancient Greece, in ancient Egypt, in Japan, and in Hinduism, the owl's reputation as an omen for great misfortune or death, or the worship of the realm of the dead. In Shakespeare, the owl announces imminent murders in the plays Julius Caesar and Macbeth.

However, there are also places, for example in Switzerland, where the reputation of the owl is a good sign for a complicated pregnancy or an imminent birth.

To the Greek goddess of wisdom, Athena, the owl, or rather the owl, was regarded as sacred. And also the equivalent Roman goddess Minerva was associated with an owl. Everyone has probably already carried owls to Athens, so made a bit nonsensical. This formulation is due to the fact that the coins of the rich city of Athens showed a pronounced owl and were simply called owls. To carry such owls into a very rich city is nonsensical.

Also, in the interpretation of the Illuminati order, the owl was a sign of rationality and intellectualism, placing the owl of the Minerva on a broken book and using it as a symbol for their community.

One of the most cited sayings of the philosopher Georg Friedrich Hegel compares the law philosophy with the activity of the night-active owl of the Minerva.

Not only in Athens, but also in the USA is paid with owls: If you look closely at the one-dollar note, you will discover: a miniature edition of the owl of Minerva rests on the edge of the border of the 1st.

Submit
$1.14
18 votes
7
Authors get paid when people like you upvote their post.If you enjoyed what you read here, create your account today and start earning FREE STEEM!
Sort Order:
[-]
laylahsophia (64)  ·  2 years ago

Yes indeed, the owl in Ancient Egypt was depicted very rare and only in the context of death or mourning. Beside this, this bird is mostly used as an hieroglyph with the phonetic value "m". 𓅓 - it is the only bird that was depicted in the hieroglyphes en face, which means with the head directed to the viewer, to put an emphasize on the eye.

thank you for this @laylahsophia, i didnt know that :)

Very interesting. I have seen the Owl being used to represent Lilith as well as Ishtar and Innana. Just breaking it down, the owl is a fierce predator, is nocturnal, and has big eyes. Put all together and you have a symbol of hidden knowledge that can be dangerous to those who are unaware of it. I've followed you on here and looking forward to more posts like this!

u r right @jeremycrow, it is possible that the owl and its symbol is older than we know :)

Great research - and very well-written. Thanks for sharing this info.

@cryptohustlin has voted on behalf of @minnowpond. If you would like to recieve upvotes from minnowpond on all your posts, simply FOLLOW @minnowpond. To be Resteemed to 4k+ followers and upvoted heavier send 0.25SBD to @minnowpond with your posts url as the memo