Scientists on Conehead MK Ultra rites of passage (most seriously)

healingherb (59)in #conspiracy • 3 years ago

No one knows where or why around 1985 all Malta's elongated skulls vanished from the island's museums, 7000 of them from the Hypogeum. It's some kind of cover up. 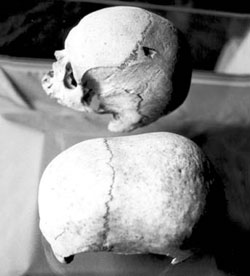 Malta's early inhabitants were related to the early Egyptians, who also had elongated skulls. Like Akhenaten and Nefertiti, who, new evidence suggests, may have fled into Turkey to hide Atlantean treasures from her pursuers....whoever they were that they needed so desperately to wipe out Armana's peaceful montheism. But we're not allowed to know about all that.

Seems even mainstream academics may be feeling frustrated by the information control. Two co-authors, Professors both, have uploaded an unofficial research paper on the Hypogeum's archaeo-acoustics, taking care to qualify using "words of caution" that they could not possibly be describing a phenomenon that sounds exactly like a kind of Conehead MK Ultra.

So nothing like a Conehead MK Ultra could ever have existed, then.

Not in a thousand years!

(Make that 3 to 4 thousand years BC, which is around the time this was happening. Or not. Allegedly)

Archaeo-acousticians had already found "deep" audio built into the Hypogeum. Resonances at 110-111Hz can induce trance and OBEs and have been found in other ancient structures so this is no surprise.

But in 2014 scientists Lindstrom and Zubrow found additional "dark" frequencies. Sound-switching techniques, they postulate, were used in the Hypogeum to generate "fear and amazement".

You can listen to some of them here: http://www.otsf.org/hal-saflieni-project.html

"Is there reason to believe that social compliance and submissiveness was treasured in the Maltese Neolithic context? – We believe so. The Neolithic itself was characterized by cultures focused on a new invention: collaborative agriculture. And, the many astounding temples in Malta, and the Hypogeum itself, bespeak of enormous collective collaborations over extended periods of time. For these large-scale projects of agriculture and building social cohesion and compliance was absolutely needed and necessary." 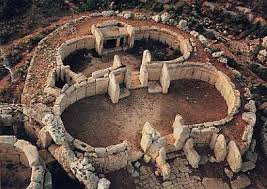 Lindstrom and Zubrow have analysed music and sound usage in 280 ethnographic societies, including rites of passage, and believe on the basis of comparative data that people were lulled into a relaxing 110 Hz trance then startled out of it by scary sounds "magnified a hundredfold" by the Hypogeum's acoustics. The cognitive dissonance generated would lead to confusion and greatly increased malleability:

Applied Social Psychologists demonstrated that persons who were exposed to a situation with stimuli that elicited an emotional response, and then, quickly thereafter, were exposed to stimuli that triggered a different emotional response, which rendered the first response irrelevant, became “mindless” and bewildered. And, shockingly, those persons became subsequently surprisingly susceptible to influences, and would tend to comply with any suggestions, requests, and whatever was demanded of them. They became easy to influence, convince, and command. One could perhaps call the effect a light brain-washing.....The explanation given for the "seesaw- effect" (Dolinksi) is that several emotional programs of opposite contents are activated in such rapid succession, that a person’s brain (and the person) becomes bewildered and mindless. Persons such “softened” will therefore tend to respond positively to anything that serves at a clue about what to do in the situation. Social requests are strong cues, so when such “bewildered” people were asked to give money, help somebody, buy something, etc., they tended to be surprisingly willing to agree and comply.

Note the use of the word "shockingly" - and these are mainstream Professors writing! (Outside the journal peer review process, of course.)

Ah - isn't it just the most the perfect day for a snooze in the sun?

BANG! BOOM! The sky is falling! The world is ending!

Move along now, move along, back to the fields.....get on with your work, peasants....

It's very interesting to try.
Please vote and follow m

Congratulations @healingherb! You have completed some achievement on Steemit and have been rewarded with new badge(s) :

Thank you very much for the Resteem :)