GES2017: Of Facebook VR and 5 innovators of GIST Catalyst competition

GES2017: Of Facebook VR and 5 innovators of GIST Catalyst competition 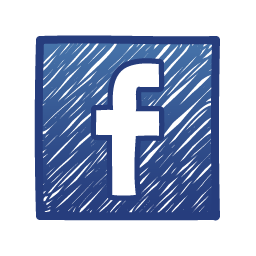 Facebook VR and 5 innovators of GIST Catalyst competition
HARSHITH MALLYA 02 DECEMBER 2017
48 shares
Standing inside the moving metro, I notice a gun on one of the seats. I hear a voice telling me to extend my hand and pick it up, so I do. In a few moments, we are at the next metro station, and the doors fly open. A group of heavily armed commandos stand right in front of me.

What follows next is mayhem, with bullets flying everywhere.

While in Hyderabad to attend GES 2017, I wasn’t aboard the newly-launched Hyderabad metro, but, in fact, experiencing a virtual reality (VR) game on Facebook’s Oculus Rift in Hall 3.

The ‘voice’ I had heard was actually a Facebook representative guiding me through the onboarding process of how to use the controls to pick up and interact with objects in the virtual world.

Things got complex as we went along – I learnt to teleport, and also grab incoming rockets hurled at me and then propel them back at what looked like aliens.

Back in the real world after defeating the final boss, I grabbed a cup of tea and set out to explore the rest of Hall 3. The hall had booths from many well-known companies and MNCs on the fringes, and the center was divided into four main seating areas, with placards that read –

Healthcare and Life Sciences
Digital Economy and Financial Technology
Energy and Infrastructure
Media and Entertainment
Knowing where my loyalties lay, I went up and took a seat in the media and entertainment section to soak in the vibe of GES while I finished my tea. You got a 7.08% upvote from @upme requested by: @amitraj.
Send at least 1 SBD to @upme with a post link in the memo field to receive upvote next round.
To support our activity, please vote for my master @suggeelson, as a STEEM Witness