A few days ago, Ed Kelso from News.Bitcoin.com asked me about Fort Galt for a piece he was working on. You can check it out here and tip your hat in the comments section.

Take us through how you came upon the idea to start a breakaway society or microsociety.

My partners and I were originally lured to Chile by another such project that was already underway near Santiago, Galt’s Gulch Chile. Unfortunately, it turned out to be a scam so we decided that, if we really wanted to realize our dream, we’d have to go somewhere else and build it ourselves. The underlying motivation is really just the longing for a community of people that share our fundamental principles so that we can live more freely without having to walk on eggshells around incompatible neighbors. The whole Gulch debacle sure looked bad. Was it a total loss or did you at least learn something useful from it?

Definitely. I was there working as a volunteer for three months and in that time, I took a lot of note. I had no previous experience in real estate so it was all new to me but nevertheless, it was easy enough to sort everything into the two categories of “what works” and “what doesn’t”. Above all else, I got to see that there was indeed a market for this sort of thing. The Gulch tested the waters and so I suppose you could say that we have a “second mover advantage” in that regard. They essentially did our market research for us just before collapsing. Some other obvious lessons would be things relating to the nature of the scam itself. Things like “don’t sell parcels of land that haven’t actually been subdivided as you’re showing them” and “don’t try to build a new town on environmentally protected land that’s close to a city of six million people, where water rights are in high demand.” 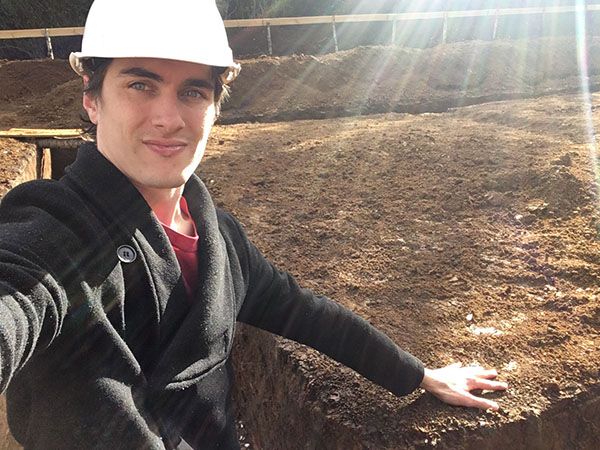 Didn’t all of that tarnish the Galt name? Why didn’t you pick a completely new one to distance yourself from the scam?

From a marketing perspective, ditching the name would’ve been the smart thing to do. Frankly though, we were just pissed off that a couple of unscrupulous hucksters could so easily drag such a great name through the mud, and we really wanted to redeem it with our own success. Maybe it’s just stubbornness but we refuse to let such a great name be trashed so easily. It should be attached to a shining example of what a self-reliant community can be, and by the time we’re finished it’ll be all that and more. John Galt was the hero in Ayn Rand’s novel, Atlas Shrugged. How much of her philosophy influenced your project?

Yeah, I admit I’m not a big fan of her writing style but the essential message of the book resonates strongly with us. It’s about a guy that gets fed up with the government and goes off to start a secret community in Colorado where he and others like him live in peace without having to contribute to a system they are philosophically opposed to. It struck me as being very much in line with Gandhi’s advice, “Be the change you want to see in the world.” I think way too many people waste their time and energy fighting the powers-that-be when they could be focusing on removing themselves from the situation and building something new for themselves. Buckminster Fuller summed it up nicely when he said “you never change things by fighting the existing reality. To change something, build a new model that makes the existing model obsolete.” I really dig that attitude because it’s optimistic and constructive rather than confrontational. 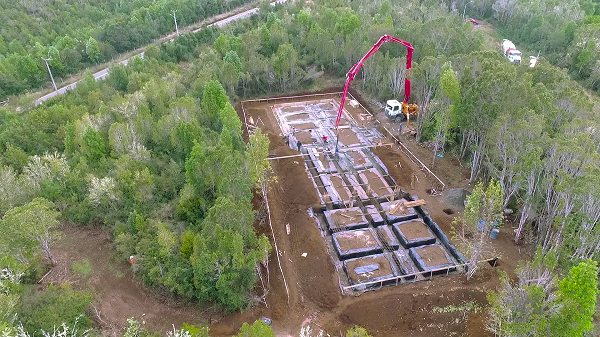 How viable is the current project? It seems to be moving along wonderfully.

A lot had to be done to get us from zero to one, so to speak, but things are taking shape now and we’re all pretty excited. As we speak, cement mixing trucks are pouring concrete at the construction site of our residential community center. We’ve also been selling plots of land to people that will be starting work on their own houses soon. A little later in the year, our schoolhouse will be built as well and several spin-off projects are already coming together around us now too. I guess I first started hearing rumblings about it in 2011 so I went to a meet-up in Vancouver to learn more about it. That was before any wallet apps existed so I didn’t think it was user-friendly enough to really catch on yet. I kept an eye on it though and when the blockchain.info wallet was launched a couple years later, I decided it was time to jump in. I started mining bitcoin and selling miners in my free time. That was in 2013 and by the end of the year, the value had shot up 50x and the excitement was off the charts. I moved to Chile early the following year. 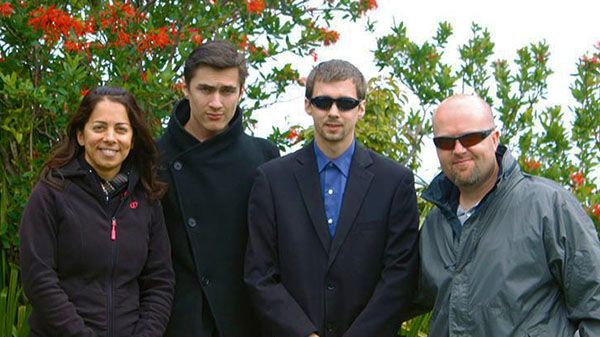 How much of a role do cryptocurrencies play in Fort Galt?

We do still accept bank wires but almost all of our members, so far, have paid with cryptocurrencies instead. We’ve accepted bitcoin, dash, and ether and they’ve all proven to be faster, easier, and cheaper to use than any other payment system available today. For me, it brings to mind the gold coins of Atlas Shrugged because I think of bitcoin as being a sort of digital gold. To use it instead of the government’s currency is something simple and practical that we can all do in our daily lives to fan the fires of freedom without breaking a sweat.

“Be the change you want to see in the world.

The importance in this statement cannot be over emphasised. It is the bedrock of successful people.

“you never change things by fighting the existing reality. To change something, build a new model that makes the existing model obsolete

This for me is the best statement i have read today, change has to be accepted first, then you win it

I regret that you have had a bad experience in Chile, but I think that everything is part of a learning process, you have to continue with discipline and effort to achieve success, and you are young men, the project is quite interesting and with the technology of blockchain the influence of it can go very far, I will be following this initiative so interesting, I think it's great and a great job.

I wish you a happy day and a better life