Avian Flu : A Serious Threat to the Poultry Business

Fried chicken, sunny side up, chicken nuggets, chicken soup, grilled chicken, these are just some of the viands we can cook with chicken products. It is one of the viands we can't live without as Filipinos (except if you are a vegan!), it has been part of our culture as well. Notice that there are also Filipino festivals which shows events where a local is killing chicken without the use of any blade or whatsoever. Fast food chains such as Jollibee and Mcdonals and KFC are a hit in the country.

Game fowl is another thing. I have posted a few articles before about how my husband has been engaged to breeding and the game fowl business in general. The game fowl industry is actually a huge business in the country from the feeds, to the supplies up to the arena where the birds fight for the pot of money.

Aside from that, game fowl is also a part of the country's history and culture. Not to mention it is one of the pass time of our elders and ancestors. It has been noted that there were records of the ancient time, way before the Spaniards arrived that the locals in our land were seen fighting chickens. As a matter of fact, the Spaniards saw this when arriving in the island of Limasawa in Leyte.

So it is easy to say that chickens or birds are somehow a need in every Filipino family that is why the demand has been high throughout the country and so it is a very alarming when the news spread about a certain Avian Flu outbreak in certain part of the country. Thus, I created this blog to help us not only the Filipinos but also the entire steemit community on what this flu is about and how we can prevent it.

As per my own research and the resources I have found online, I figured out that there is not too much to worry about the Avian Flu affecting humans but there are certain cases and classification of the fowl disease that could also affect human health. So what is Avian Flu?

It is also referred as "Bird flu", a phrase similar to "swine flu," "dog flu," "horse flu," or "human flu" in that it refers to an illness caused by any of many different strains of influenza viruses that have adapted to a specific host. The news came in a few weeks ago but because there were cases from other neighboring countries of this kind, the government did its best to at least stop this to spread more.

WHAT IS THE CAUSE?

Avian Flu is caused by Influenza A virus. Outbreaks affecting other countries has perhaps been transmitted to the country through import of livestock or through air. 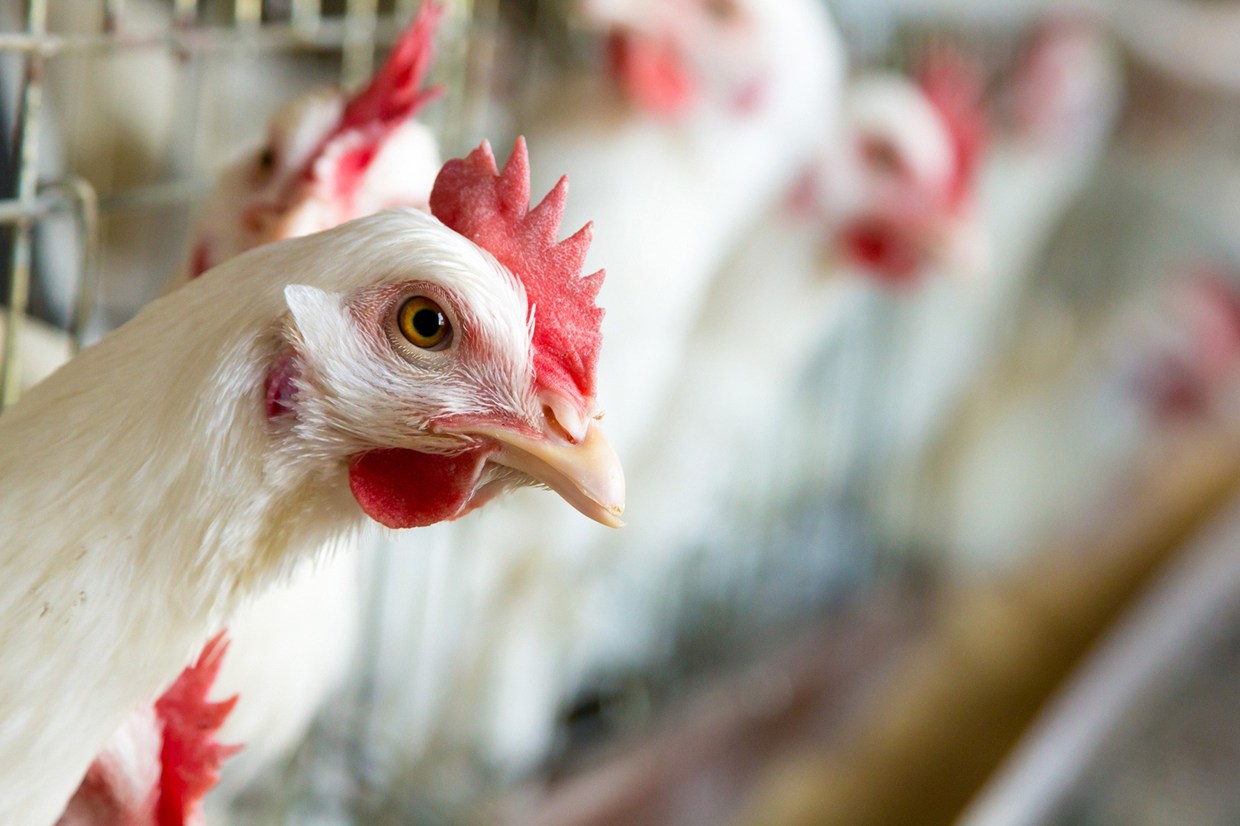 The government specially the DOH or Department of Health together with the DA or Department of Agriculture had received the report of these cases a few weeks ago however, they didn't know that the poultry disease has already been there in the said farm for a couple of weeks.

Around 37,000 fowls mostly layer chicken, in San Luis, Pampanga has been reported and when testing these chicken, it was soon found out that the outbreak is indeed caused by the Avian Flu, specifically, Type A Sub-Type H5. It was a sad news to the farm owner as well as the farms surrounding the town because the virus could also contaminate and spread through the neighboring farms.

Thus, the government has to do quick and efficient actions to stop and eradicate the said fowl disease.

WHAT ARE THE EFFECTS OF AVIAN FLU? Because the specific type of Avian Flu that hit Pampanga is Type A Sub-Type H5 which is first to be reported in the country ever since is a dreaded type, the government sent specimens of the affected chickens to Australia for checking if this specific disease is transmitted to humans.

However, base on their survey in the area, there hasn't been any human reported to show the symptoms of this virus. Talking about symptoms, let us tackle the effects of this Avian Flu to the animals as well as to human being so we can determine if we are already affected by it. 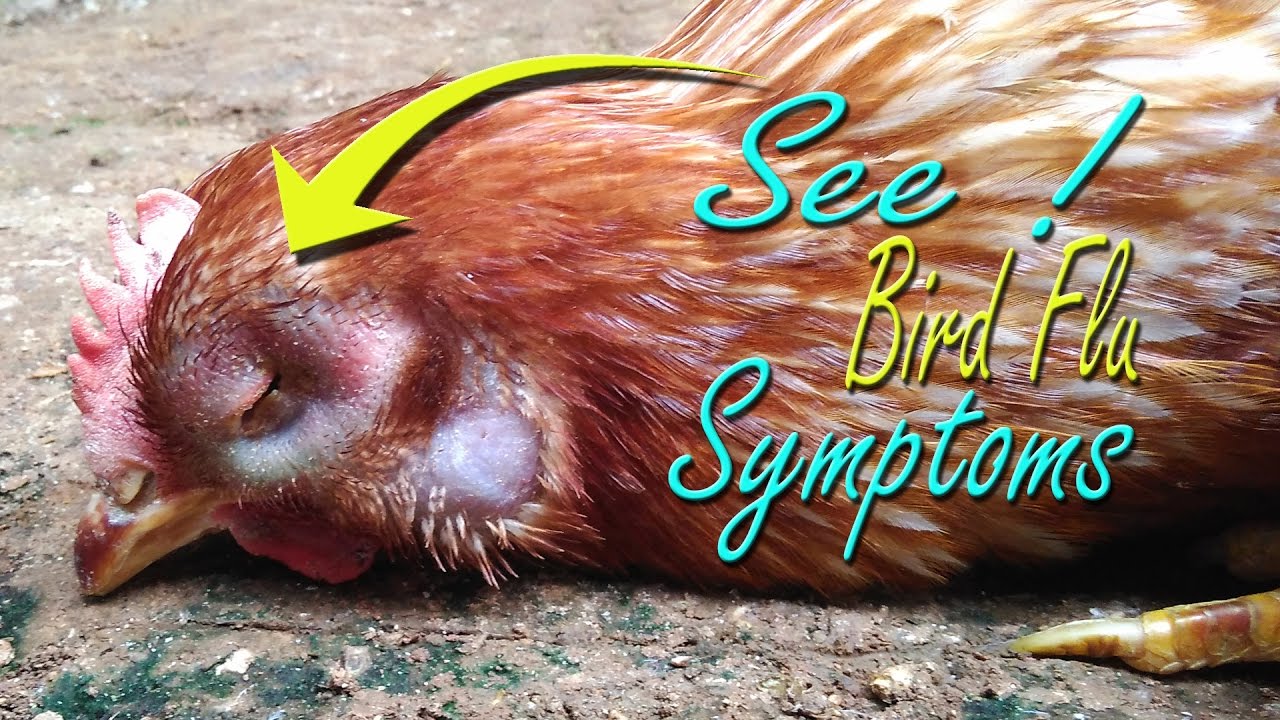 There are multiple symptoms in humans and this can easily be determined if the following is being experienced by a person:

HOW IS AVIAN FLU TRANSMITTED TO HUMANS? This can happen if you have touched, hold or had grasped the animal, let's say chicken with the Avian Flu and you touched your mouth, nose or eyes with the respiratory secretion of the said fowl such as their saliva.

The virus can go into the opening and through your blood affecting the bloodstreams and organs of the body.

If the farm has chickens which have been affected by the Avian flu yet they show as healthy ones, it doesn't mean that they are safe. These chickens roam around the farm and can contaminate the area. Then if anyone or any other fowls get in touch with those places they had roamed about, they can be contaminated too.

Contaminated eggs are also a serious case. These shouldn't be sold to public, instead it should be culled and shouldn't be bred at all. 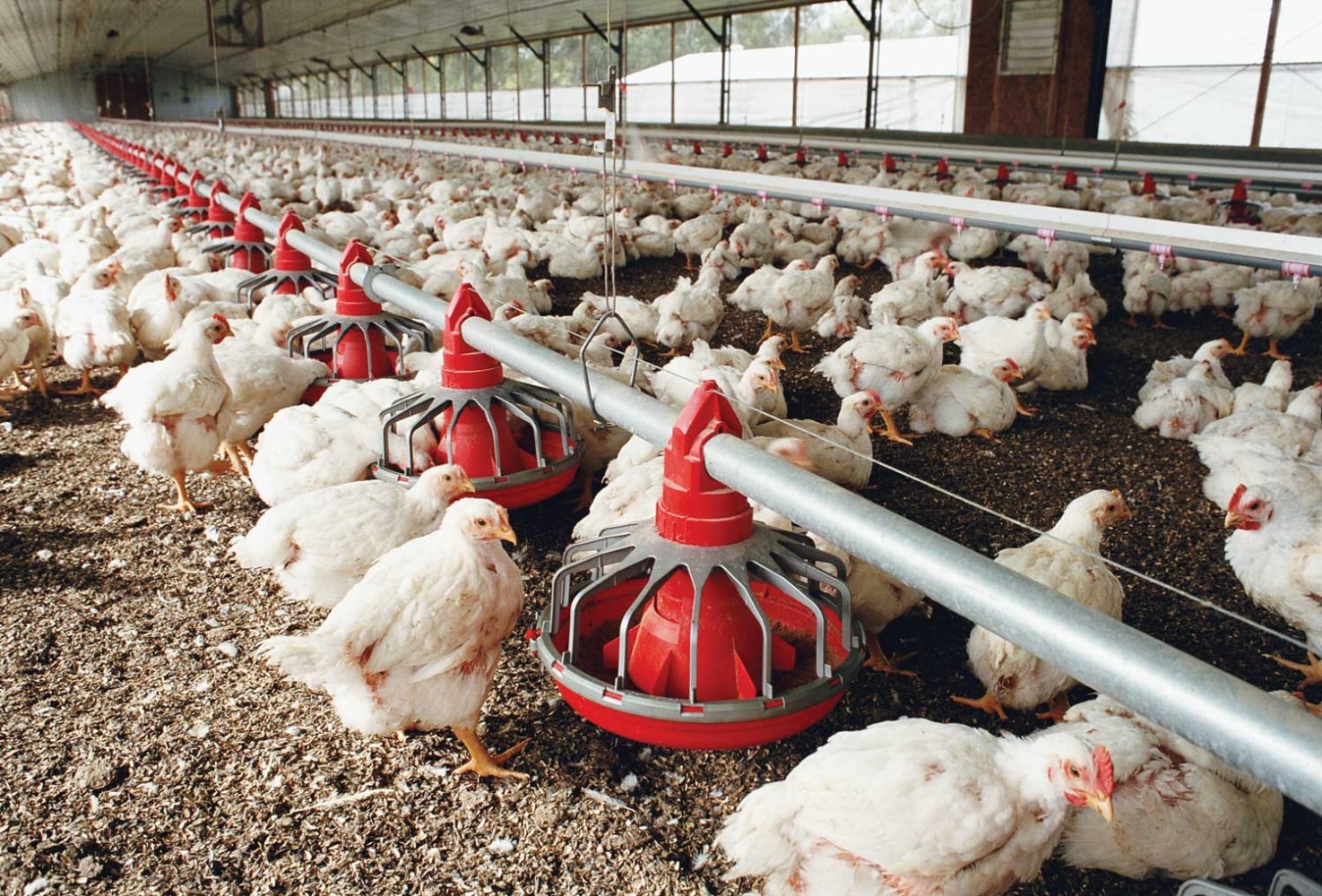 Wind can be a carrier of the flu and even those dirt drops. This is very dangerous specially to those who have range areas and has neighboring farms as well. That is the main reason why when the said outbreak was confirmed, the government made specific actions such as quarantining the zone and the entire radius surrounding the specific affected farm where it started.

The Flu can be of course be inhaled and those feces of sick chickens are usually cleaned by the workers of the farm. Surely, if they are not aware that these chickens are affected, they would become very complacent with their safety precautions.

HOW TO AVOID IT?

While above list are just some of the main ways on how the flu can be transmitted, there are also ways to avoid getting contaminated with the flu. It would only take a conscious effort to make sure you won't get affected. Here's the list: When you are aware or if you aren't that your chickens are contaminated, it is important that when engaging with your fowls, you use gloves as well as face mask. This is to ensure you are not directly in contact with these affected ones.

Each time you get in touch with your chickens or fowls, it is important that you wash your hands or better, take a bath! That is one way of eliminating all of the elements that you had been in contact to these animals as well as the location.

The clothes you have worn as well should be washed and make sure to disinfect it with certain solutions.

When it is evident that there are affected fowls in your farm or your house, make sure to report it directly to the local authority. This is a way of preventing more chickens to be affected and to also contaminate your neighborhood.

Educating your farm workers about the flu is another way of preventing it. And if it is already in your farm, education of the workers would easily know what they need to do to ensure it won't get worse.

Aside from your workers, educate as well your family and neighborhood importantly.

WHAT ARE THE GOVERNMENT'S ACTION AGAINST AVIAN FLU?

The list below are the steps done by the government specially the DOH and DA to lessen and stop the spread of the Avian Flu in fowl farms: 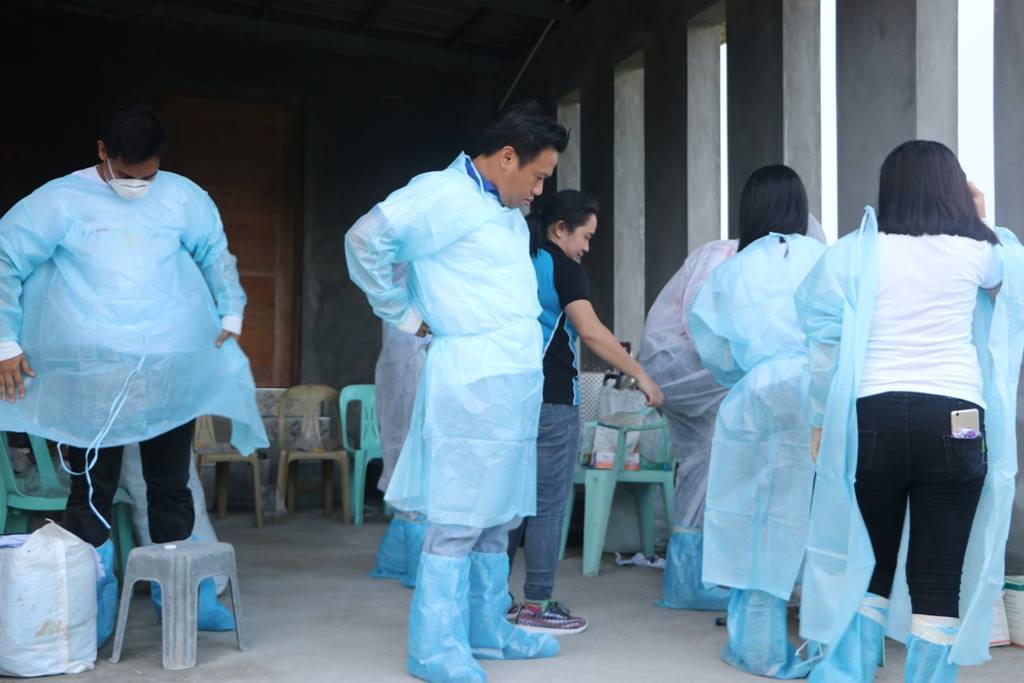 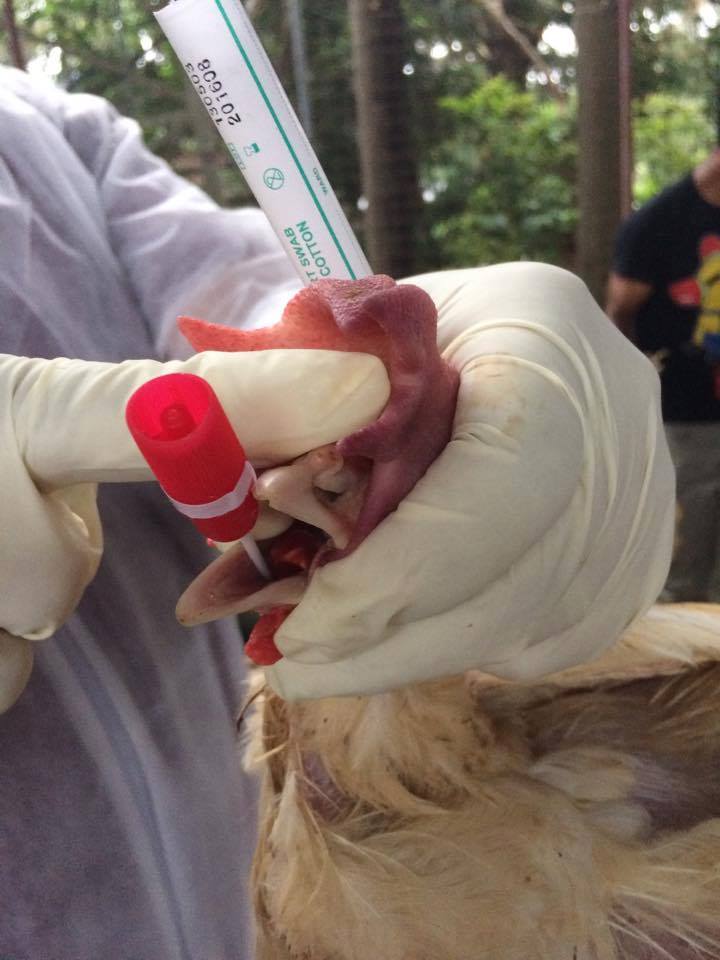 The quarantine procedure had already begun and there's a Php 80 per head compensation given by the government to the chicken owners. Aside from that, there are ongoing loans available for those farm owners affected by such so they can start with a different kind of business. The culling or killing of these chickens are now in the process and after the said steps, there will be disinfection to be done to all the affected farms.

After which, healthy Sentinel birds will be deployed into these farms to check if the flu virus is still present. If the birds will show signs of the virus, there will be further disinfection to be done again. The test will be redone until the birds will show no more signs of it then the quarantine restriction will be lifted.

Hopefully, this will pass soon so we can have healthy chickens again.