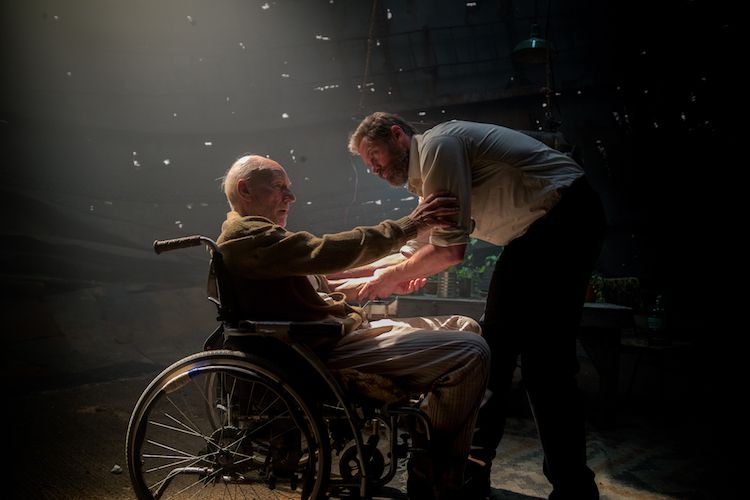 They called him Dr. Chrono because he had figured out how to stop time for the human body.

He was a medical scientist by trade and training, but his research on the aging of the human body spread across disciplines. His work trickled into nearly every medical field there was, as the passage of time affected many aspects of the human body, not just those associated with people's vanity. An aging population led to the concept getting a lot of attention in the first place, but Dr. Chrono seemed to pay it the most attention of anyone.

There was a certain jellyfish in the world that, when aged or stressed, could revert itself to an immature form. Now, Dr. Chrono hadn't quite figured out how to reverse aging, but he often cited that jellyfish as inspiration for his research. And now, here he was, with a way to halt human aging for good.

Now, this process wasn't entirely foolproof. A human could still die of outside causes or any number of things going wrong inside the body. The process simply made old age no longer a concern for those that underwent it. It was not immortality itself, merely a piece of the potential puzzle.

Aspects like that made Dr. Chrono uneasy about his discovery. Undoubtedly, the media would blow it out of proportion and declare it a cure-all for the woes of the old, which was multiple forms of untrue. There was also the issue of government regulations. Would the government attempt to control who could use the treatment and when? Would they force everyone to stop aging at a very specific point that was useful to them? Furthermore, what if someone had been forced to stop aging as, say, a child? The potential for abuse was incredible.

Dr. Chrono must have thought about the implications of his findings for weeks on end. He wasn't going to just let what he'd found sit in a lab, locked away forever. Yet, could he really release it into the world and just let the consequences come as they may? That was how releases of technology went, it seemed. Most people pretended to have not to have anticipated the consequences of a given advance when they released it and just rode high on the financial gains and fame.

Dr. Chrono wasn't in the science game for fortune and fame. Sure, he wanted to find something incredible, much like anyone else did, but he genuinely wanted to motivate a change of life for humanity. He was a rare sort in his genuine desire to help, but he was smarter than to just help blindly, without thinking of consequences. If he released his discovery to the public, could he really be sure that the good justified the potential bad?

And yet, the idea of having this discovery sit in his files for all eternity unsettled him. It was that primal drive to ensure a legacy kicking in, for sure. The good possibilities had to balance out the bad possibilities. That had to be the case. He felt like, for once, he had to trust humanity to make proper use of something big and important that could change the face of life on Earth. Could they be trusted? Was this project too big to hide?

Dr. Chrono's hands were shaking as he prepared an official report of his findings for the world. There would be a great cascade of effects from here, but he felt this was the thing to do (not necessarily the right thing to do, but the only thing). It was time for the Age Without Aging.

Thank you for taking the time to read Dr. Chrono discovers how to stop human aging - A ChronoCrypto Short Story, Below are a couple of announcements and some audiobooks for you too listen. 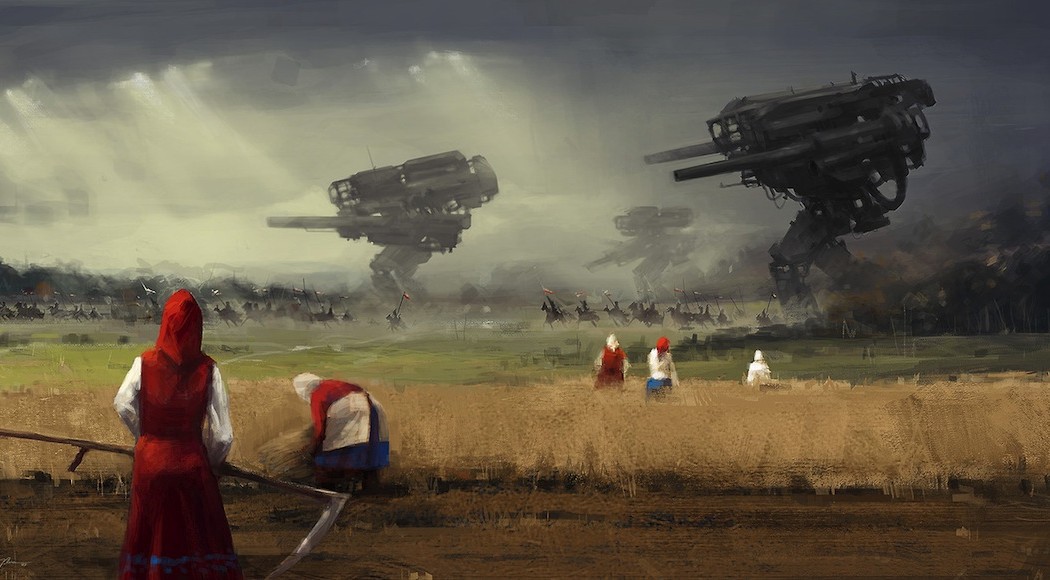 Do you have what it takes to write the best flash dystopian fiction we’ve ever seen on steemit?

Stories must be original works and not have been previously published anywhere online or in print, including on steemit.

Anyone on steemit is eligible to enter

Entries will be read my self and 2 other people...which I still need to find btw.

You will be posting your story on your blog with #chronocrypto-dystopian, which we will than have a look at that hashtag.

This Contest will run for a whole week so you have enough time to Think Write Work.

You may submit as many times as you’d like during the contest period. All entries must be accompanied by the corresponding fee of 2 SBD, This is due to help out with the process of vetting and reading hopefully many many stories.

Send Memo with 2 SBD plus your link with #chronocrypto-dystopian in quotations in the memo.

Honorary Submissions will be created into an AudioBook and the proceeds of the Post will be sent to the Authors. All Paid entries will get a 100% vote from @chronocrypto so the entry pays for it self. Plus some will and might get resteemd.

Do you have what it takes to write the best flash dystopian fiction we’ve ever seen on steemit?

Contest will End when this pays out plus another week to review all submissions.

Do you have any questions regarding this contest? See Below information. 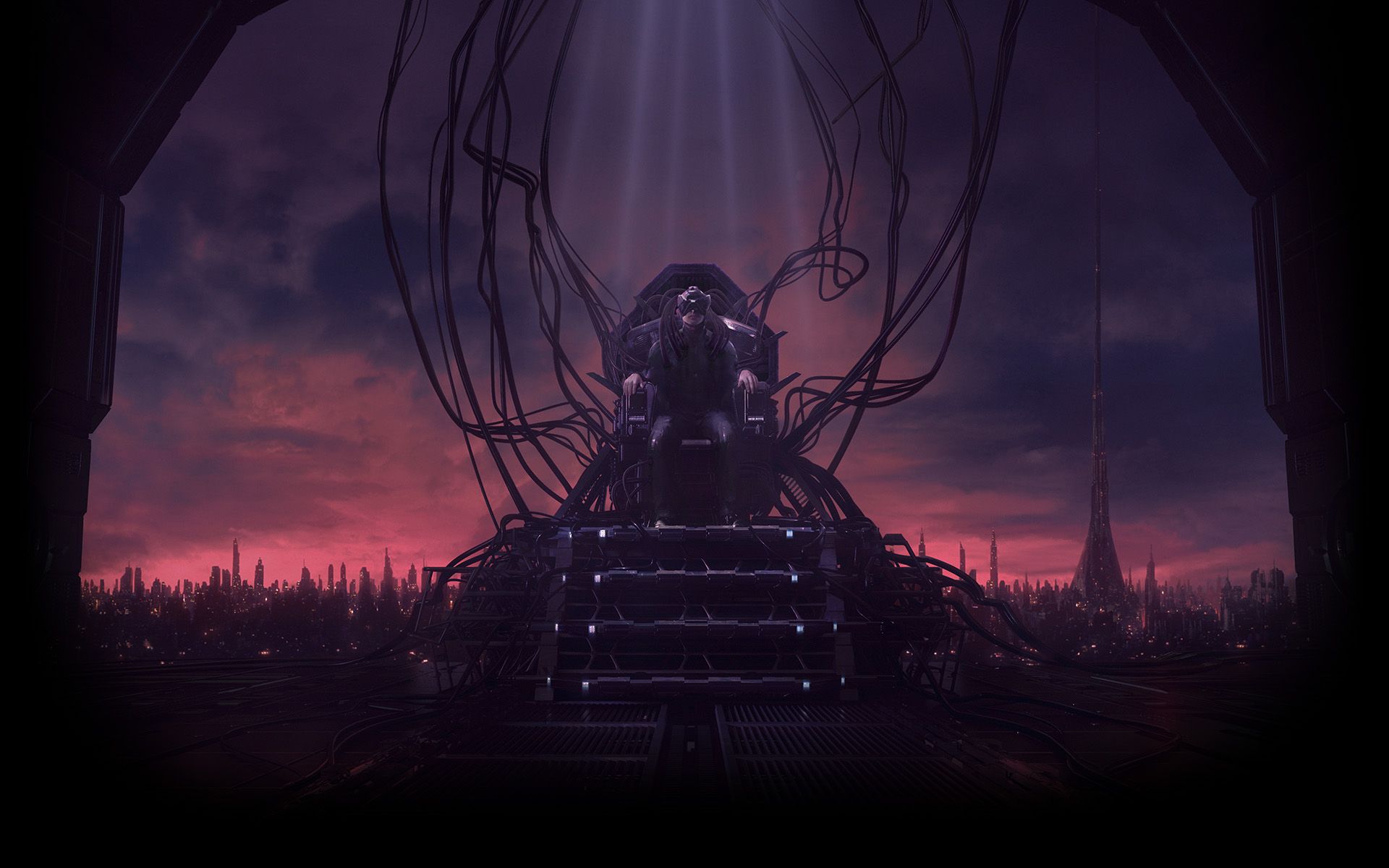 This post is due to many people wanting to Create the voice files for The Short Stories I create which revolves on Dystopian Futures, Humanity and many other ideas. This is the Discord group keep in mind it is still in RAW format.

I am looking for voice talent see post below for more details.

I would like to make some AudioBooks out of them, I am looking for people who are very great at reading with personality and are able to give the listener a sense of being part of the book. 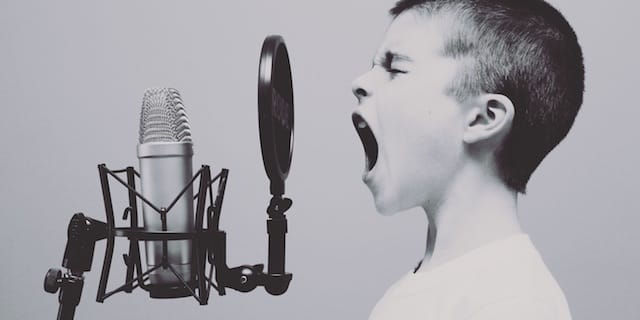 I am not looking for experienced Voice Over talent I am looking for Steemians that are English speakers, character actor and improv artist. A smooth, professional and polished vocal style. That are capable of delivering recorded material to me in mp3, m4a, wav, or aiff formats.

If you are able and willing to provide I will pay 5 SBD per AudioClip of the story done, please keep in mind the Stories are very unique and should require a unique voice. They are between 500-800 words, I currently have about a dozen short stores on steemit and will continue to write more, thus give more opportunities to people that want to earn and help out.

Some things I am looking for In order to be a good fit please read some of these stories to get a feel of how they should engulf the listener.

If you are interested in doing this small project with me and earn some SBD and of course your name as the narrator please contact me on Discord name chronocrypto. Hopefully we can get a wide variety of voices for the project.

The piece will be read in addition to this introduction.

The Audio files will be uploaded on soundcloud and posted on steemit by @chronocrypto, you will send me the audio clip through Discord, so that everyone can listen to the stories. 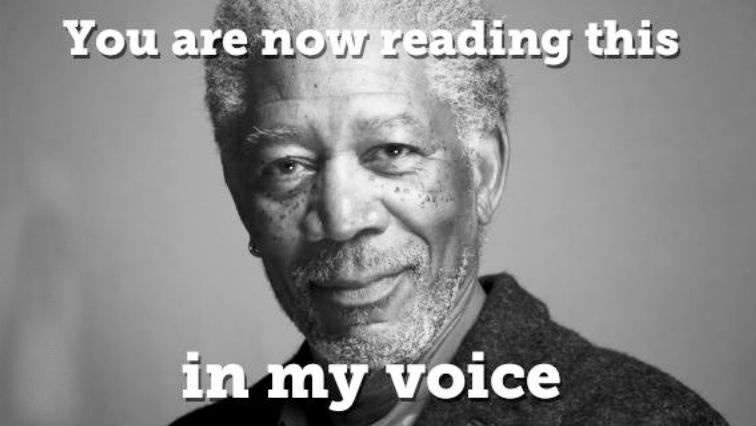 This was fantastic.
Deserves more organic votes.
(btw...i rarely ever comment, so for real...great job)

Coming from you, means a lot especially since you rarely comment.

I am glad you enjoyed it, I hope you had a chance to read or even listen to the past stories.

I hate using bots to get my stories views, but yet here we are.

This was the first story of yours I've ever seen.
Looking forward to checking out the others.
Btw...don't hate the bots...without them it's a good chance I wouldn't have found you...and it got you a new follower too.
This is the type of content worth marketing.

Great words thank you
God will not injustice anyone .. Life is fair and everyone has a chance
One has to have the will to succeed whatever the circumstances..

Okay so I read your whole post. And was amazed. I thought this was non-fiction lol. I thought Dr. Crono was someone like Nikola Tesla or Einstein. I feel very fooled and silly right now! Nevertheless, this is really interesting the aspect of anti-aging. This character would describe how the actual person who possibly would develop this cure would be, as you said developing it for the good of people and not for fame and fortune. The audiobook for some reason will not load on my phone, but I'm amazed at the amount of effort you put into this. People who sacrifice their time and effort for noble pursuits will always be happier and successful in the long run.

Yeah, it awakens the magical feeling of sleep.

Very cool. On a serious note we should really figure out a way to stop aging.

I thought it was for real initially. I am a fool. I read till the end though. I can't write like that.. I admire those who could, like yourself.. Well done

You are not a fool, I tend to be creative with Dystopian, Cyberpunk Stories and can easily weave them into a coherent plot. I am glad you thought it was non-fiction.

This is really nice. I don't know how to tell stories, but I always appreciate those who are very good in writing. For once, I thought it was a real story. I salute your creativity

I am guessing you are going to enter than?

This is great. If aging could be properly delayed At last, the achievement would be enormeous, since at current pace time is passing by so fast that is hard to actualy enjoy it, it would be great if we could extend our life just a little bit more.

I adore your thought and the story u composed previously. I am a maker and producer myself. I been attempting to make sense of how this stage can help movie producers and your post gave me a few thoughts. In any case .. I will endeavor to partake in your challenge. I have additionally educated a portion of my companions on steemit who composes story....I am eager to perceive how for reasons unknown turns out . I have my own particular creation house n all ..so on the off chance that you require any assistance let me know.
Thank you:-)