3 Ways The Church Can Benefit From Adopting Blockchain Technology 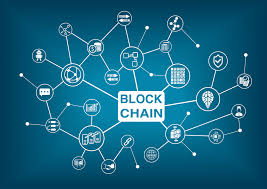 As a pastor and church planter, I'm always trying to stay up-to-date on new technology. I'm convinced that technology is something that should be embraced by the church rather than shunned. If we want to serve people well, then we have to be able to speak the language they're speaking and be in the places that they're at. I think that the shunning of technology is one of the greatest tragedies of the modern-day church. What could be used effectively as a means of Gospel-proclamation is unfortunately often-times looked at with a skeptical eye or is shunned entirely. However, not with this pastor. I actually encourage our church to make productive use of technology and to use it as a means to invade the darkness with the light of the Gospel.

Embracing technology has allowed our church to become very effective in our city. We have people who have built and programmed Raspberry Pi gaming consoles for our kids ministry and guest check-in. We're constantly establishing a presence on different social media networks. We're constantly staying up to date on emerging technology and looking for ways to implement it at our church. Doing this has allowed us to serve the people who attend our church in a greater way, and has helped us to reach others who would never come to our church more effectively.

As I laid out in my first post, I got into the world of cryptocurrency back during the summer. As I began spending a large amount of time trying to understand the blockchain. What it is, what it does, and so on. The more time I began spending learning about blockchain technology, the more I began seeing ways that the church could benefit from adopting this technology. Here are three ways that I believe the church could benefit from it.

To others who are Christians, do you think that the church could benefit from adopting blockchain technology? If so how? Share your thoughts below!