China will spend 150 billion a year: But what is actually the "one belt, one road" initiative?

The initiative launched in 2013 includes billions of dollars of investment from China to improve road infrastructure in countries along the Silk Road, which connects China with Europe. Ambition is enormous. China falls to spend $ 150 billion a year in 68 countries that have signed up for this scheme.

The summit (called forum) attracted the largest number of world leaders in Beijing since 2008 when the Olympic Games were held. However, few were Western European leaders who participated. Most have ignored the implications of this initiative from China. But what are these implications, and why west is staying cold? 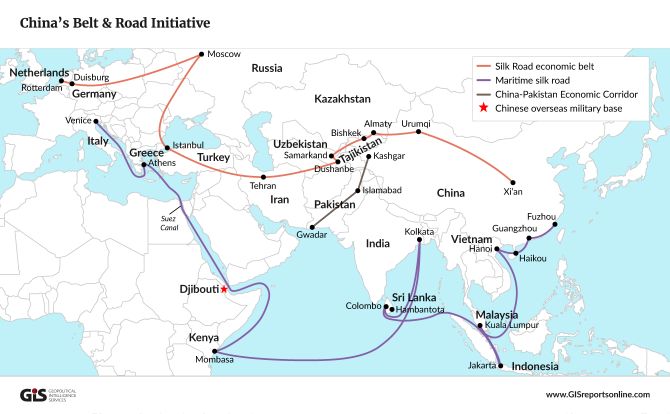 In 2014, Vang Yi, China's Foreign Minister, said this initiative of President Xi's most important decision in foreign policy. The main goal is to turn Eurasia (where China prevails) into a commercial and economic area that can compete on transatlantic (where America is dominated).

Investing in infrastructure, Xi hopes to find a larger home for China's immense reserves, most of which sleep in the form of bonds to the US government with very low interest earnings.

He also hopes to create markets for many Chinese companies, from high-speed railroad companies to those who export products to China's high capacity, such as cement, steel and other metals.

Consequently, the forum may have given Mr Xi more criticism. This may have been the reason why many European leaders preferred to stay away. But the doubts that the project may not succeed are likely to be wrong. President Xi needs this initiative because he has invested heavily in it. China needs because it addresses many economic problems. And Central Asia needs it, because of the huge burden of investing in infrastructure. The "one way street" initiative has many problems, but President Xi seems determined to continue.