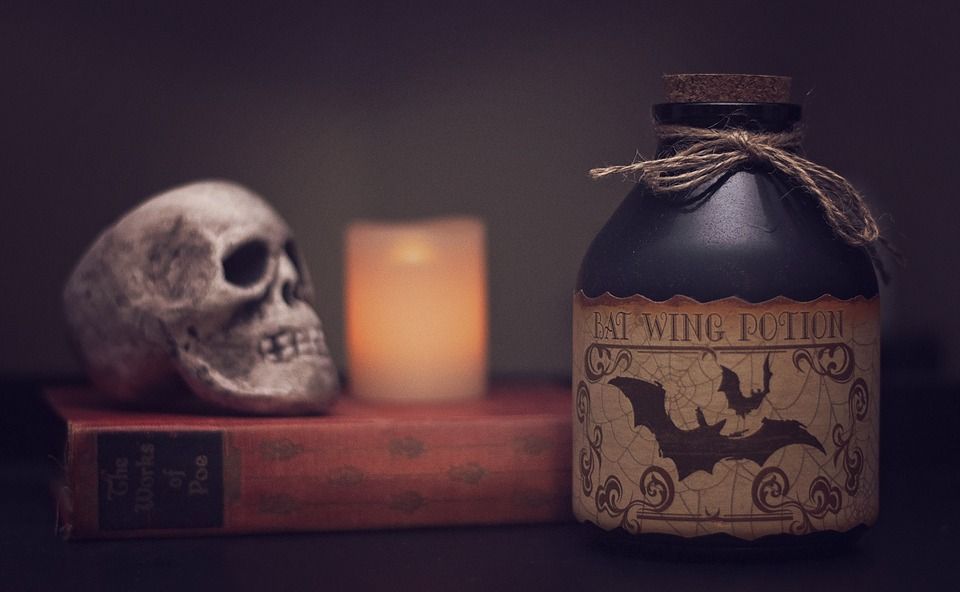 The Splerion’s claw around my body is painful. Sure, he doesn’t clench it hard enough to break the skin or some bones but it’s tight enough to prevent any movement. And we’ve been flying for half an hour. My body feels sore.

”Where are we going?” I’ve asked this before and didn’t get an answer. There is no answer now either. It seems like the Splerion is acting on orders and refuses to interact more than necessary with his prisoner. Maybe I should be happy, I could be dead by now. Then again, there is no guarantee I won’t be dead in a few hours.

The Splerion starts a slow descent and I can see a ship that has landed on the ground. The hatch is open and three more Splerions are standing guard. As soon as we land, they make room for us to enter the ship. Clicking noises follow us. They’re … gossiping? They’re obviously talking about us. But my current outfit doesn’t include a translator and the Splerions haven’t turned theirs on so I can only guess what they’re talking about.

We reach a closed room. The giant door, these Splerions are truly gigantic, opens and I see …

”Rick!” He smiles at me through the visor of his spacesuit. A bulky thing it is but not as bulky as the ones we’ve seen humans use. I guess they adapted some technology from us.

”Liar”, I hiss. ”You betrayed all of us!” Suddenly, the Splerion’s grip tightens and presses the air out of my lungs. I squeak, a humiliating sound.

”Please, put him down. I need to start the procedure. And I need to be alone for that”, Rick instructs the Splerion. To my surprise, the insectoid carefully puts me down and leaves the room as requested. The following silence is more than awkward.

Conflicting feelings fight in my mind to keep the upper hand. I’m so glad I’m not dead but I’m so afraid that I will die soon, maybe even by Rick’s hands. I’m so happy to see Rick again but I’m so angry, so hurt at his betrayal. He helped our enemies!

”How dare you”, I say. ”How dare you help those monsters murder my people.” Rick flinches and he looks to the floor, visibly distressed.

”Nobody needs the Splerions! All they bring is death and destruction.”

”And the Mystacinidans?” He looks up. ”How did they help us?” I open my mouth to answer but close it again. We didn’t help them, he’s right. We only observed.

”But that is still no reason to work against us”, I say.

”No, that’s true.” I’m surprised by this reply. Rick looks at his hands and seems like he’s worlds away. ”I didn’t want this, you know? Not at all. When the Splerions came and requested help in their war, I was against it. But humanity needed the food they brought. So I just hoped it would never come to the point that we’d actually need to fight. I was wrong.” @suesa

”A solution? What kind of solution? My people are dying out there! It’s too late.”

”We can still save those who aren’t dead yet. I brought the ultimate weapon with me.”

I don’t know what to say. The disbelief seems to be written in my face. Those humans are amazing in reading facial expressions. Rick begins to elaborate.

”We have several tons of dichlorodiphenyltrichloroethane on board. It’s an organochlorine insecticide.”

”A poison that only targets insects. Or at least primarily.”

”That sounds dangerous and not like something the Splerions would just allow you to take with you.” I’m more than skeptical.

”You’re right. I told them it’s something we synthesized to specifically kill your kind. After all, we had enough test subjects to develop something like this. In fact, we did develop such a poison and were supposed to bring it on this journey. But I switched it out.”

”Humanity almost helped to completely wipe us out?!”

”Not all of humanity.” Rick sounds defensive. ”Just some overly ambitious generals and scientists. But many others helped me to bring this insecticide on board instead.”

”What exactly does it do then?” I want to know.

”It’s targeting the sodium ion channels in the neurons of arthropods. This disrupts their normal way of transmitting information and leads to spasms and then death.”

”Nobody considered insects sentient beings when we developed this chemical. It has been used decades ago as pest control and even to prevent the spread of certain diseases.”

”Well”, he now seems uncomfortable, ”It’s banned in most countries for some time now. The side effects were … worrying.” He seems to hope that I won’t ask for the side effects but I’m not that nice.

”Birds died. Other species were affected and the poison was absorbed by the soil and stayed there for up to 30 years.”

”I don’t want that on my planet!” I call out. ”It will ruin this ecosystem for decades!”

”But what other choice do you have?” Rick asks. ”The Splerions are killing your people. This is the only chance to get rid of them. I’m sorry but that’s the way it is.” I look at him, hurt that he’s right.

”Why would you think the Splerions would let me leave with it?” I ask.

”I told them that I would be able to get you to trust me. That I’d tell you that this poison is, in fact, a weapon against the Splerions and that I’m betraying them. You would then go and have it spread all over the planet, killing off your people in one big event.”

”Only half of it. I’m not betraying you, not again.”

I don’t trust him. I can’t, not again. But what choice do I have? If I leave this ship I will surely be killed.

”How do I transport all that poison?” I finally want to know.

”They put it all in a shuttle, ready for you to take. Here, I’ll accompany you.”

The shuttle is parked behind the bigger ship and seems abandoned by the Splerions. Big barrels are attached to it, they likely contain the poison. Rick quickly explains the Splerion controls to me and then says goodbye.

As I the shuttle leaves the ground, the horrible feeling that something is wrong refuses to leave me.

Rick walks back to the Splerion’s ship and is greeted by the captain.

*”Yes. The Mystacinidan believed the story of me being a double agent. There seemed to be some doubts but in the end, this species is way too trusting. I give this war only a few more hours before your fighters will only have to deal with dead bodies.