Chaincoin CHC and the Power of the Community

If you are a crypto investor then you must be aware of the current drop in prices of Bitcoin and alt coins. In this times of uncertainty, there has been a coin which has done the complete opposite and has risen to one the top 50 position on coinmarketcap.com (currently number 33). This coin went up from 0.11 cents on 7 July 2017 to $ 6.81 on 14 July 2017. The coin then experienced a drop in price and it now at $ 3.71 despite a bearish market. By now you know I am referring to CHC and the influence that a community can have on the value of a coin. While the majority of crypto traders believe it was a simple PnD, the coin has been able to hover between $ 2.30-4.00 since its drop. Most PnDs would lost complete value by now but CHC is still stable in down trending market.
If you have been into crypto for awhile you are well aware that crypto currencies are very volatile. The prices fluctuations above are nothing but normal to the world of crypto. So why the paranoia about CHC?
The movement that started the rise of CHC is the so called "HODLer" movement started by youtuber "HighonCoins". The goal of his community is to control the price of the coin by encouraging his followers to buy master nodes and "HODLing" the coin to increase its price by controlling the supply. Wether you think this is just another PnD or scheme or not, this is something which was unprecedented in the crypto community and was quickly followed by others who then took advantage of new investors who sought to buy coins that would mimic CHC's success. The later coins were successful only in getting the scammers rich off of the naive investors.
As I type this post, the coin's value has increased to $3.91. It is unsure where this new movement will lead to. Wheter you are a fan of it or an opposer, keep an CHC and see what the upcoming weeks will reveal. What are your thoughts on these events 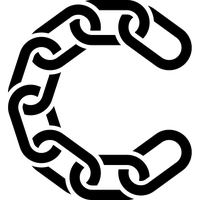