celestial challenge- WEDNESDAY >>> THE TOP STRUCTURES IN THE CHINA !!! In the eyes of most travelers, you haven't been to China if you haven't climbed the Great Wall.

One of the iconic symbols of China, the Great Wall is the longest wall in the world, an awe-inspiring feat of ancient defensive architecture. Its winding path over rugged country and steep mountains takes in some great scenery. It deserves its place among "the New Seven Wonders of the World" and the UNESCO World Heritage Sites in China.

The wall spans from China's western frontier to the east coast, totaling around 5,000 km (3,100 miles), but the most integrated and best preserved sections are close to Beijing. So this is what people usually mean when mentioning the Great Wall of China. 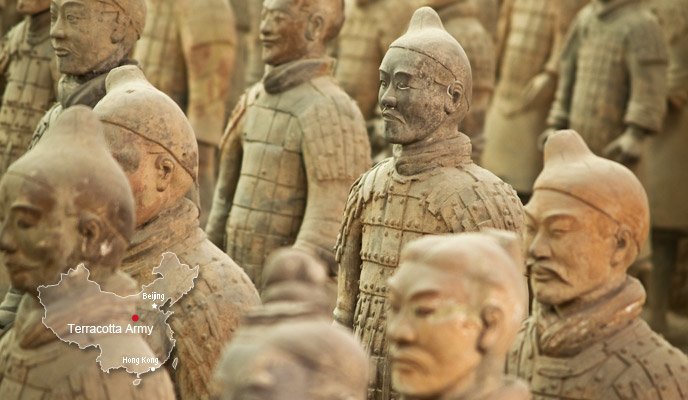 The Terracotta Army has laid underground for more than 2,000 years. However, in 1974, farmers digging a well uncovered one of the greatest archaeological sites in the world. In 1987 it became World Cultural Heritage.

It is significant because the hundreds of detailed life-size models represent the army that triumphed over all other Chinese armies in the Warring States Period (475–221 BC), and who were the decisive factor in forming a united China. It raises interesting questions about why it was made, which await your consideration when you come face-to-face with soldiers of the past.

The Forbidden City in Beijing — Imperial Palace for 24 Emperors It was once a "palace city" where ordinary people were forbidden entry. An extravagant demonstration of ancient Chinese architecture, over 8,000 rooms with golden roofs are elegantly designed and painted in red and yellow.

The Forbidden City was the imperial palace of the Ming and Qing Dynasties for 560 years till 1911. 24 emperors lived there. World Cultural Heritage, and now known as ‘the Palace Museum' among Chinese, it is a treasure house of Chinese cultural and historical relics.

It is recognized as one of the five most important palaces in the world (with the Palace of Versailles in France, Buckingham Palace in the UK, the White House in the US, and the Kremlin in Russia).

The Potala Palace in Lhasa — Symbol of Tibet 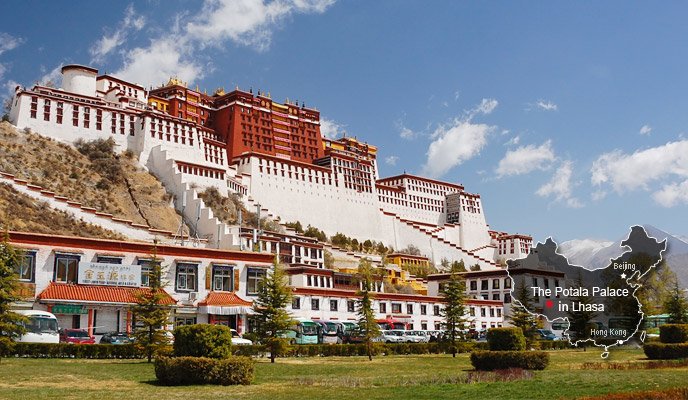 The Potala Palace is a symbol of Tibet. In 1994 it was declared a UNESCO World Cultural Heritage Site. It is a huge treasure house of materials and articles from Tibetan history, religion, culture and art. The palace is widely known for the precious sculptures, murals, scriptures, Buddhist statues, murals, antiques, and religious jewelry housed within.

The Bund in Shanghai — International Architecture The view over Victoria Harbour from Victoria Peak is to Hong Kong as climbing the Great Wall is to China; it offers the iconic outlook over Hong Kong's "high rise" to success and prosperity.

Victoria Peak is the best spot to have a bird's eye view of Hong Kong. Viewed from the peak, both day and night scenes are worth taking in. See high-rise buildings round the busy Victoria Harbour stretching out towards Mainland China. At night the scenery is gorgeous, when the Symphony of Lights of various buildings dances in unison.

THANK God is Wednesday and here comes another challenge from @sirknight .The beauty of this challenge has given us the freedom to show famous structures to our followers and steemit ecosystem.

building and structures are basic necessities which is required for the human race.Many thanks to @sirknight for initiating #celestialchallenge and also many thanks to all upvoters for your support you give each participant,we are truly grateful.

THIS IS YOUR FRIEND @qhuesiwusu1