Seriously, fuck cats, am I right? They strut around without a care in the world, ignoring the people that feed them, clawing the shit out of the furniture, and then taking off for the night like a god damn vampire, doing who knows what out there on the streets.

You wanna know what they’re doing? Screwing and killing. There, I said it. Your cute little widdle, cuddly wubbly meow-machine, leaves your house, meets up with a gaggle of it’s cat friends, and hunts animals with the fierce, evil intensity of a panther. They probably don’t even eat what they kill. Instead, they probably just mockingly prance around it, turning their nose up, and waving their stupid tails at it, while it slowly bleeds out.

And then they fuck.

Right out in the alley under the stars, behind the Denny’s dumpster, as LOUD AS THEY FUCKING CAN. And who cares right? They’re cats. Fuck’em. But THEN what do they do?

You know what they do? I’ll tell you what they do. They seek out the specific friend you’ve invited over… the one with the most to lose - the one with horrible cat allergies, that just wanna enjoy one day on this earth amidst the horrible trudge to the grave - and they fuck with them. When your friend, “Bill” walks into the party, the nearest cat will immediately clock Bill as the cat allergy guy, and then they’ll spend the whole night rubbing up against Bill, jumping into his lap, and generally farting their stupid “cat-iness” all over his night until his eyes get so watery, his snotty nose, so runny, that he has sprint to the bathroom so his body can involuntarily, and quite violently try and remove every hair, particle, and ion of CAT from his body.

The worst part is that the whole night up to that point, Bill will be telling people, “I don’t even like cats, why is this cat being so friendly? No it’s not problem at all.”

But it is a problem.

Because the SECOND, Bill tries to actually make an effort to accept this furry little bitch, and give it a little tummy rub, the cat will hiss and claw at poor Bill’s hand, probably infecting him with the residue of whatever animal it murdered and screwed next to that is left under it’s claw nails.

Because cats are horrible. You are right @writesbackwards sometime cats act like a vampire & cats catch birds & chicks but unfortunately these are domestic animal If any one want to domesticate that should trained cats but thanks for this lovely post keep it us.

Thank you, I know many love cats, I just can't find it in my heart.

Cats are horrible because we don't understand their nature and instinct. The only thing we can do is hire for a cat expertician to explains us how we can tame our cats...

Where does one find a "cat expertician"??

Have you ever seen "The Cat Tamer" or "My Cat from Hell"?

Is in your neirborhood a vet who does the same work like Jason Galaxy???... 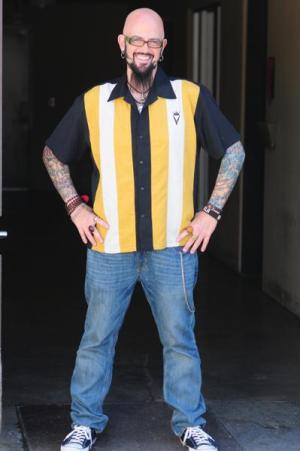 haha..Well written. I liked the the way you described cat's violent instincts. It really made me laugh. But.. Sorry, I don't hate them. I love them. I feel that is just their nature to be evil. . May be It's what they needed at this level of development to survive and grow further. Nature is more intelligent than us. Isn't it?

I am that poor bastard Bill. Fuck cats. Finally someone said it. I have two of wild ones who took up residence under my storage area so they can screw all day and kill all the bird we love. Fuck cats. And they make me sneeze. Thank you!

Aww cats are amazing animals I love cats. They are so warming and frankly to me they are mans best friend. Most of my friends are in bills shoes in fact one doesn't visit because of Melvin(my cat) but can I do without Melvin around ? Hell No. Well sorry bill I have the same allergies with dogs lol

DOGS ARE MANS BEST FRIEND AND DONT FORGET IT!!

It's really very uncommon pictures and the cat can some time do very horrible work that's you notice very carefully ,that's great.

Agree. I've never seen so much negativity and hate regarding animals in the above post. No wonder the world is the way it is. And no wonder there is animal abuse. This is where it starts. :(