It's hard to find anything on the internet on this topic. Most authors dismiss the idea without serious consideration like it's racism or something. Most authors don't have sufficient cat experience to have an informed opinion. I've interacted with at least 700 cats over the last three years. I have some informed opinions on the subject.

I'm absolutely convinced that orange cats are friendlier than the average cat. Yes, we get some orange cats that aren't friendly at all but on average they're friendlier. I also think that at least a third of the sweetest cats are orange. We had one at the local shelter who meowed at me when he saw me. He was rubbing up against the bars of his cage. When I opened his cage he put his front paws on me so I'd pick him up. And after I picked him up he purred and rubbed up against my face.

Calico cats also tend to be friendly. Some people claim that some of them are as temperamental as tortoiseshell cats but I haven't experienced that. Calicoes are also cats that people will see on the shelter website and then ask to see them. I've also noticed that a lot of calicoes are smaller than the average female cat.

I'm guessing that I've interacted with 50 to 75 medium haired or long haired cats. Longer haired cats tend to be sweeter and friendlier than the average domestic short hair as well. So much so that I'm surprised when a longer haired cat isn't friendly. My wife and I have 5 cats of our own. Our friendliest cats are our large medium haired grey male and our tiny 5 lb long haired black female. The friendliest longer haired cat that I met this year was a 6 month old grey male named JD. He was another cat that would put paws on you so you'd pick him up. You could hold him for as long as you wanted to. He was only at Petsmart for one day and we had two people who wanted him.

Tortoiseshell cats have a bad reputation. On the TV show "My Cat From Hell" the torties tend to be the problem cat much more often than the numbers would suggest. They have the reputation of loving their owners and hating everyone else. 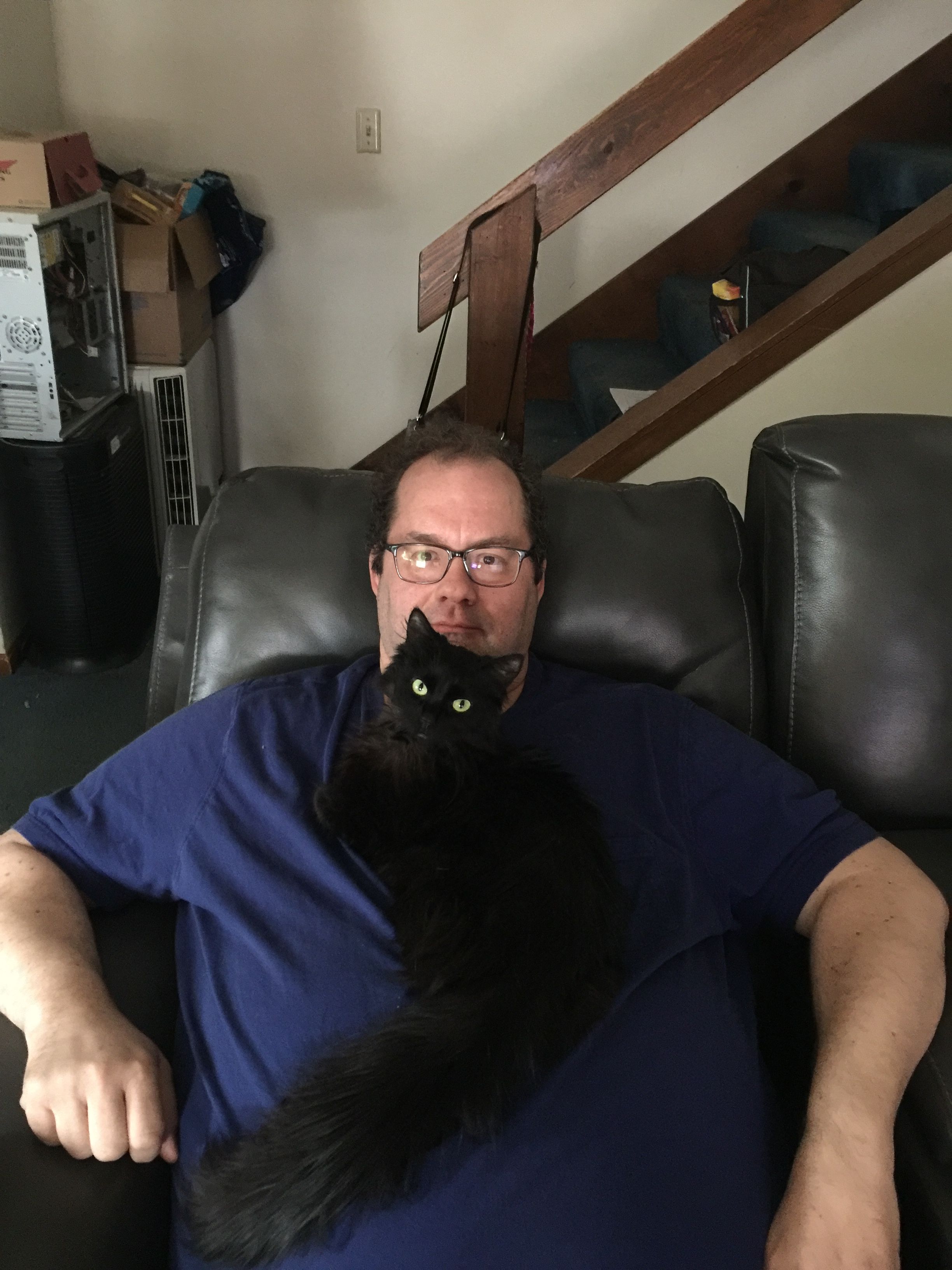 The first picture is an orange male that I socialized at the shelter. I saw him for 20 minutes a day for 5 days the first week. He stayed so close to me that he didn't even explore the room until the 4th day.

The next one is a small calico with a black blotch on her nose. She was sweet but people didn't like the black blotch. She was in the adoption area in April. The first time I met her I petted her for 20 minutes straight. Then she went into her bed. She purred more and more softly until she went to sleep. She didn't get adopted until September of that year.

The next one is me with our little 4 year old 5 lb long haired female. She's very sweet and friendly. And very jealous of other cats. 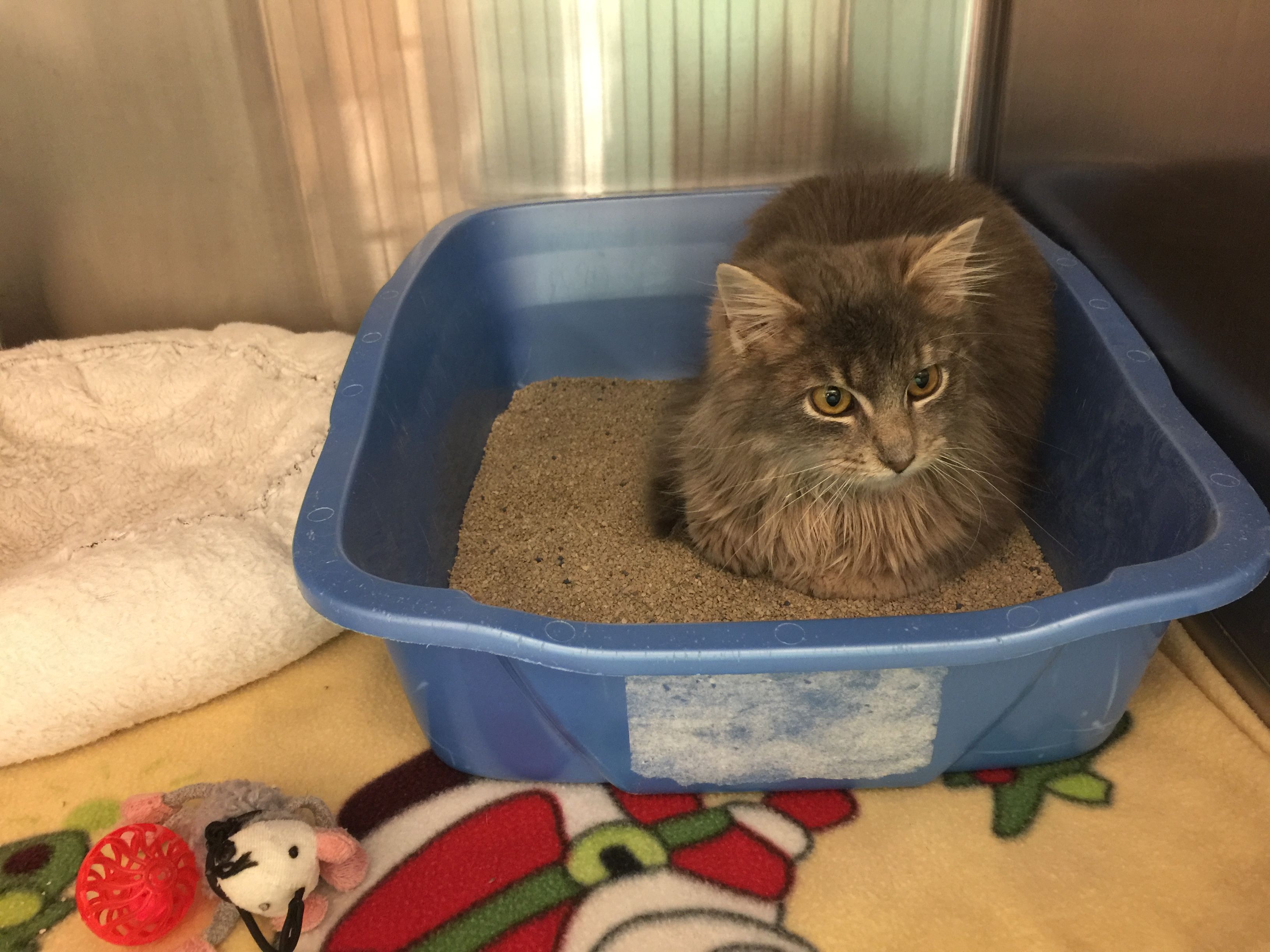 one is a tortoiseshell female. Tortoiseshell males are rare. She's friendly. She will knead with one paw and then the other when she gets close to me.

The last one is JD. He's the super sweet 6 month old male that I mentioned earlier.

Upvoted and followed. I'm on my second calico. The first was like a teddy bear, she hugged my arm with her two forelegs, and bounced, it was the sweetest thing. She loved to be held, and sat with us. The second calico, on the other hand, wants to get down after being held for about 15 seconds, and doesn't sit with us. But she does like to sleep next to me, against my leg.

Our calico is like in your picture -- she has a spot on the left side of her nose. I joke about it, "Hey, you've got something on your nose!" My wife thinks I'm corny. :)