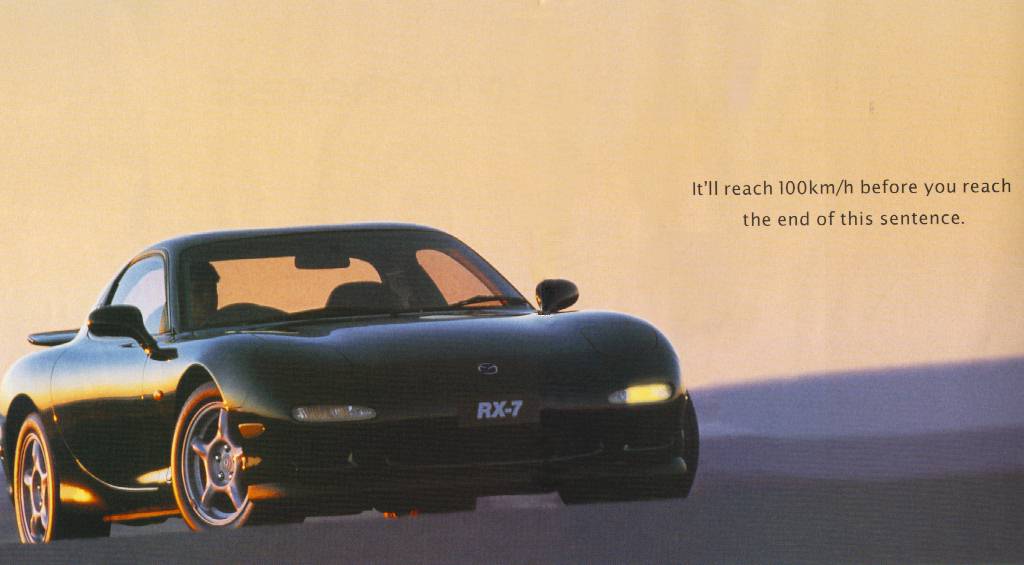 The text says it all...
This is an original newspaper or magazine printed ad for the Mazda RX7 FD3s.
Guessing from the Mazda badge logo that this is in 1997-98 as this badge design was officially adopted in 1997.
In 1998 Mazda stopped exports of the car and only sold it in Japan, the nose of the car was face-lifted with more modern sidelights and indicators. The rear wing was swapped to the more aggressive RZ wing.

That's a beauty JW, stock wheels are nice to, just get oversized rubber and you're sorted ;)

You know you are tired when you are trying to figure would what brand of wheels "JW" are...

LOL, sorry.... I was referring to JasonWhite (JW).

I figured that out when typing out the comment, urgh lol

Much much better, have to go see a general surgeon once shes 100% but all good for now. Thanks for asking mate :)

I'll reach 100 km/h before you reach the end of this sentence.