Blown Head Gasket or Catalytic Converter Melted? I Ended up Trading in the Focus RS

On a recent road trip from South Florida to North Carolina, I encountered a Check Engine Light (CEL) on my dash. Not only was it unfortunate to run into this issue on my road trip, but I saw this light pop up 3 hours into the trip. Now for those not aware of the pleasure of owning a MKIII Ford Focus RS, there has been a known problem with the engine's head gasket that has gotten owners in a tizzy. (see https://jalopnik.com/why-so-many-ford-focus-rs-owners-are-freaking-out-about-1820280550). I, of course, was kind of freaking out because: What if it the head gasket blows in the middle of the trip? Will I find a dealer who can address it during the holidays? Can I trust these dealers?

So after 5 miles of freaking out and hoping the light would go away, I finally pulled off to the next rest stop. I quickly stopped the car, opened the hood and checked the coolant levels. They looked fine. But wasn't sure because, the car wasn't very level with the ground at the time. I looked for any signs of coolant leaking at the head, and sniffing the exhaust pipe for any faint smells of sweet burnt coolant. Nothing. If I only had an ODB-II port scanner to see what the code was. Not knowing what to do with out one, I searched for the nearest dealer. Just my luck Palm Bay Ford was the next exit over.

I get to the dealer, the tech tells me that they are backed up. I quickly told him my situation and asked if he could at least tell me the code and get some sort of idea what's going on. The tech comes back with the scanner and pulls up the code P0420. It's a vague description. Catalytic converter. Ok, so at the very worse, it could be a bad O2 sensor and the car would be in "limp mode" and run the fuel mixture rich to prevent any knock from happening. So what? I get some bad gas mileage. Yeah that sucks because I'm driving 1800 miles during the week, but at least it's not a blown head gasket.

The technician told me he could clear the code and see if the light pops up again. He then looks at me slyly and says, "Are you tuned or have any aftermarket parts on the car?"

I reply quickly, "No, no. I'm stock except for an air filter." Knowing that if Ford finds out I have put any aftermarket parts on the car I could be denied of any warranty work on my car.

The technician then replies, " Ok, because I've put a down pipe on my Focus ST and I get that code all the time because of it. Keep an eye on it. It might not come back."

Feeling a bit relieved, I drove off and continued my journey. 300 or so miles later the CEL pops up.

I pull over to the next rest stop, and remembered I actually had an bluetooth ODBII scanner in my car.

I whip it out of my glove compartment and proceed to check the code. P0420.

I cleared it one more time and it eventually popped up again 300 or so miles later.

After the trip, I ended up taking it to my local dealer. Not my "go to" Ford Dealer, but the one closest to me, because the other dealership I normally get my car serviced at is in the middle of a buy out transition and didn't have access to their diagnostic tools and software. 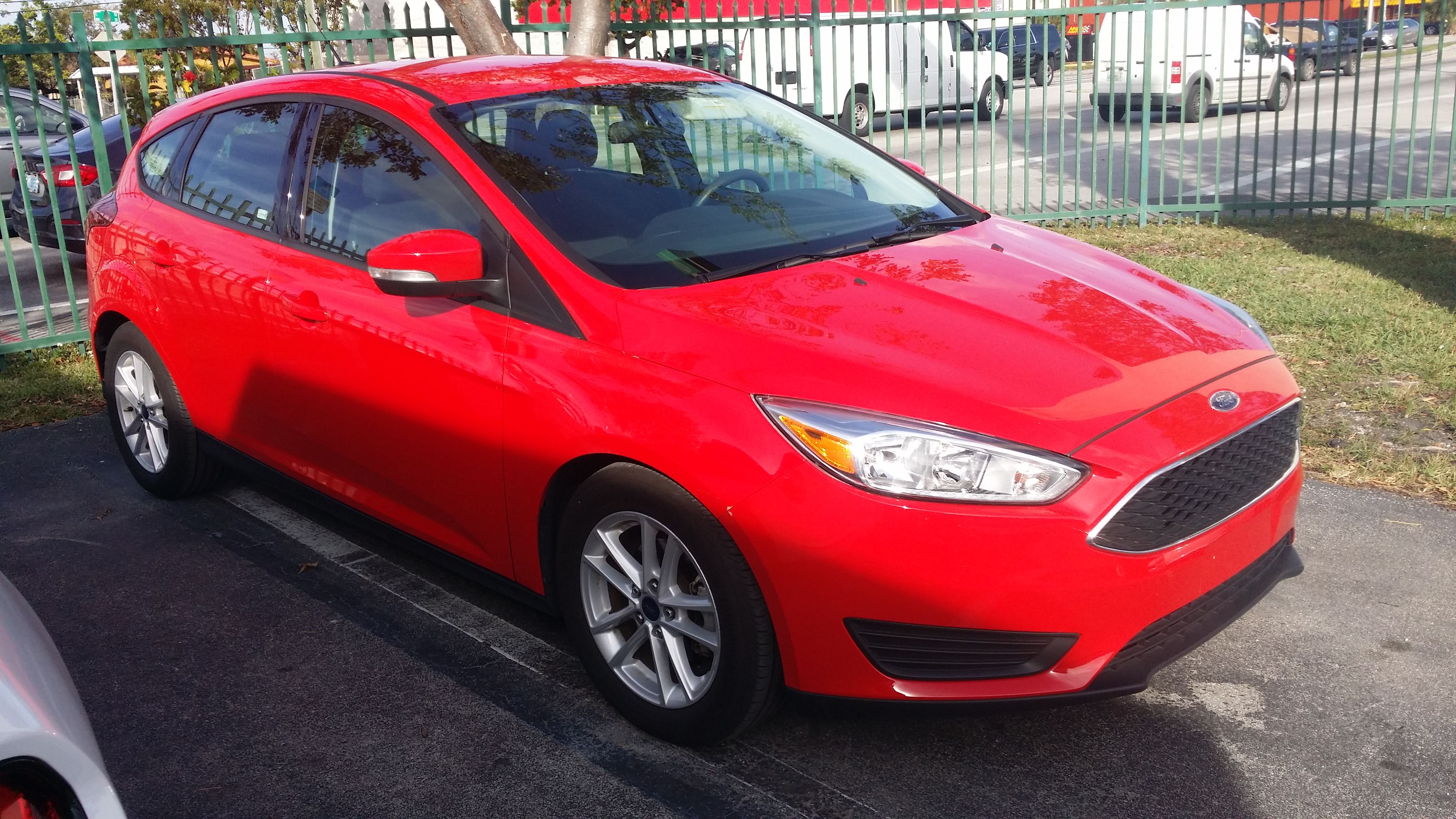 I think I'll do a series called Rental Car Reviews in the future.

I hope to get my car back soon because there's an autocross this weekend. Or maybe I just take the rental Focus SE?