Hi Steemians, today I want to introduce my fire truck named Herbert. 🚒
Since ever I wanted a car like that. Some years ago my dream became true. I found Herbert coincidentally on the Internet and I knew it will be mine at the same moment. So I drove to a small village 200 kilometers from my place to see him for the first time. The local fire service sold it because they got a knew car. With construction year 1982 he was not fit enough anymore for the exhausting job as a fire truck so he had to get a new owner. It was love on the first sight.😍 The design and especially the technical specifications fascinated me. Herbert is a Ford Transit Mk2 from 1982. Nothing special in the first moment, but it has a very rare V6 engine. It´s an Essex 3.0 with 105 horsepower.💪 Just a view Transits with this engine were built. Furthermore Herbert is an AWD vehicle. Ford never built a 4x4 Transit, but some companies converted them to offroaders. So the rare engine and the rare AWD makes Herbert nearly unique. Herbert drove only incredibly little 18.000 km in the last 35 years. But the engine had to be overhauled because all the seals were broken.

It has a very nice sound. Everytime I put on gas all the people on the street are confused, because they expect a racecar when they hear the sound and see a big truck instead. :-)

But Herbert is not only fun. The rare spare parts and the high petrol consumption of about 25liters/100km makes him a very expensive hobby.😅Nevertheless my dream is to make a roadtrip to the nordkap !

Currently Herbert has no license to drive on the street because some parts have to be replaced. This summer I rebuilt the exhaust system. Not a single original spare part was available anymore so I had to build it all on my own. It was so much work but now it´s almost finished and soon it will be on the street again. 👨‍🚒

My next project is to build a garage for Herbert because the weather already faded the paint. 😮 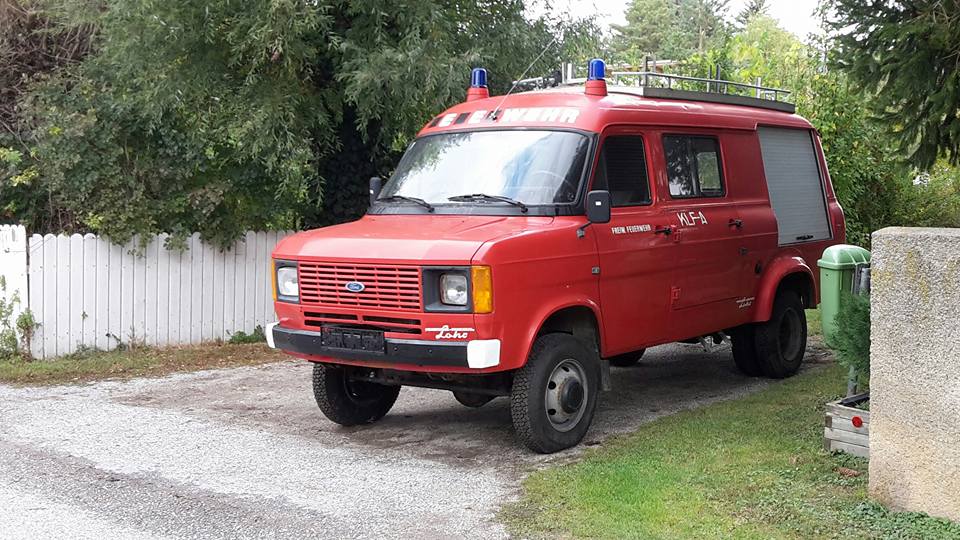 Hope you guys enjoyed my short introduction of Herbert 👍