movementinstinct (37)in #calisthenics • 2 years ago (edited) 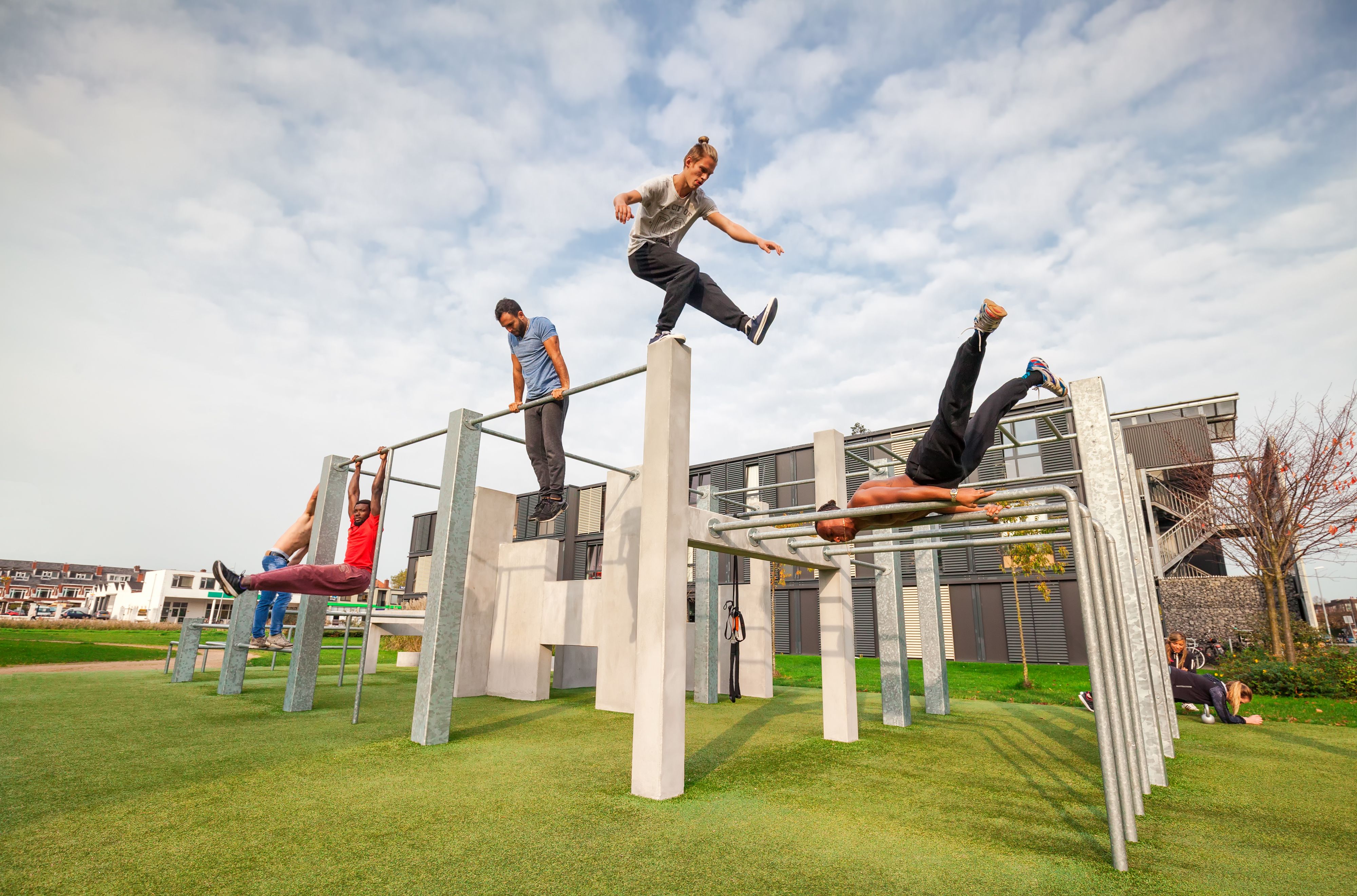 The word calisthenics comes from the Greek ancient words: kalos (which means beauty) and sthenos (which means strength).These ancient words give a good representation of what calisthenics is. There is an element of beauty, not only because of the beautiful body that you can shape through the practice - but also because of how aesthetically pleasing the more advanced calisthenics exercises are. Experienced practitioners often aim to reach perfect form, resulting in what looks like gravity-defying endeavors to those who are not familiar to the art.

Basically calisthenics is a fancy word for bodyweight training. However, when people
think of bodyweight training - they
usually imagine only doing pull ups, push ups,
dips and weightless squats, when in reality it’s
so MUCH MORE than that…!

The history of calisthenics The word calisthenics was first used in Ancient Greece (around 1000 years BC). Chances are that if you grew up in Sparta, you would have been trained in calisthenics by some of the fiercest warriors the world has ever known. Calisthenics has a rich history as a training method for preparing soldiers for combat. At the other side of the world, Shaolin monks have been training using mostly only their body weight for centuries. This combined with their mental training have given them a reputation for being able to achieve superhuman feats.

If you think about it, modern gyms didn’t exist until the 1920’s. Until that time, mankind had to come up with more creative ways to build strength and vitality. When bodybuilding got popular, it became the primary way to become ‘fit’. It was not until recently that there has been a revival, so to speak, of calisthenics in the form of street workout. People in poor communities that didn’t have much access to gyms had to make the most of minimal equipment. This lead the people of the lower class to train in public facilities, such playgrounds and outdoor parks. With the rise of the internet and social media, Street workout hit the mainstream with pioneers such as Hannibal for King and the Bar Brothers.

Groningen is no exception to the recent rise of the popularity in the sport. In the last two years alone we’ve gotten not one, but two calisthenics parks in Groningen and the calisthenics family keeps growing every day! Back in my day the only place to train were playgrounds (damn, I feel so old saying that). 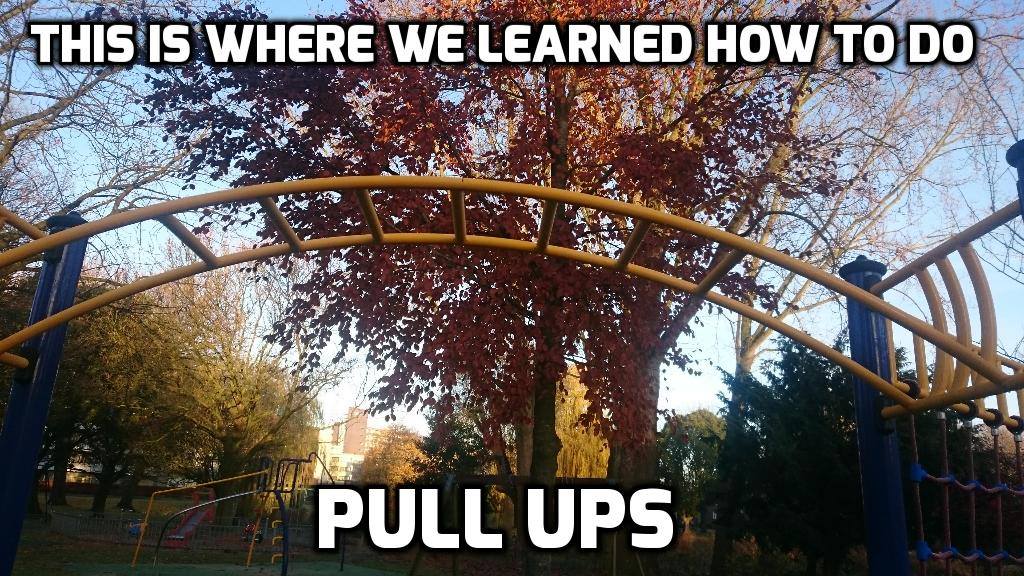 How to build strength through calisthenics?

If we are talking about building strength through your body weight, then the principle is the same as when weightlifting: gradually increasing resistance. Many beginners do the mistake of doing the same exercises during every training. Although they are burning calories this way and possibly increasing their endurance, they are not building any significant strength because they are not increasing the load on their muscles. The most conventional way to increase resistance is to add more weight to your exercise, but that is not the only way. Other ways to increase resistance are:

-Increasing or decreasing the amount of leverage

-Performing the exercise on an unstable platform

-Turning the exercise into a single limb movement

The way to build strength in calisthenics is by following a progression. A progression is a series of exercises from the same type where each exercise is (slightly) harder than the previous one. So when you have built enough strength with the exercise, you “unlock” the next slightly harder variation. It’s much like playing a videogame, where you go to the next level with each achievement ( and it’s perhaps equally as addictive as videogames when you get into it!). By using this method calisthenics becomes infinitely progressive and infinitely regressive. This means that everyone, from the most basic beginner to the most elite athlete, can benefit from the practice by adjusting it to their current level.

To illustrate our point we’ll take one of the most known ‘exercises’ as an example: The push-up. There are lot of different push-up progressions you can follow, depending on your goals. We'll briefly explain two different progressions of the Push-up. The first progression is for beginners and the second one for intermidate practisioners.

Let’s say we take a complete beginner. For the sake of this example let’s take your grandpa. Most older aged people, if they don’t move a lot, would lack the strength to do push-ups - but that doesn’t necessarily mean that they wouldn’t be able to train in calisthenics. As a rule of thumb, if someone is able to get out of bed and go on their lives without any physical help from others - then they are strong enough to use these progressions. By using the principle of adjusting leverage, one can make the push-up as easy as it's needed. It is based on changing the position of your body in such a way that the force of gravity can be used in one's advantage.

For your grandpa I would advise to do push-ups standing up with his hands against a wall (see the video to the right). When he gets a bit stronger he could do push-ups on an elevated surface (for example a table, couch, chair, desk, ect.) as can be seen on the bellow video to the left. The lower the surface he uses, the harder the excersise gets. He can start with a surface that is high and gradually lower it as he progresses, until he can do push-ups on the ground. After that gets easy, he can use leverage to put his feet on an elevated surface. This again makes the excersise significantly more difficult.

Doing a push-up with only one arm is much harder than a normal one. Because you can only use the strength of one arm, the load on the muscles is twice as much! There are several ways to learn the one arm push-up, and many supplementary excersises. One of the wys to learn it is by beginning with archer push-ups as seen on the video to the right.

This will get you comfortable using one arm at a time to lift yourself up. As you get stronger, you can try using one arm less and less. For instance, you can try doing archer push-ups on one specific arm while only the fingertips of the other hand are touching the ground. You will realize that you need more strength than before. Later on, you can try and use one less finger and then one less. Continue until you have no fingers left and can finally do a one arm push-up! Note that as I said before, you might need to do other suplementary excersises. Also, you can try using an elevated surface as explained in progression #1.

We hope that this blogpost was helpful! If you are interested in learning more about calisthenics, stay tuned for more blog posts.

If you have any specific questions, feel free to comment bellow and I will try to make a blogpost or video about it!

Great explanation and demonstration! Really interested in learning more about calisthenics. Keep up the quality posts. And welcome to steemit :)

Thank you! You too welcome to steemit! Looking forward to seeing your music and writing!

calisthenics is more than enough for building a beast body

Definitely! And a functional body at that!

Thank you for the post, I've been working out for several years in the gym but now that I have less time it's hard to keep up, callisthenics might be worth looking into ;)

For sure, if you have a floor and a place to hang and to do pull ups, then that's more than enough!

The @OriginalWorks bot has determined this post by @movementinstinct to be original material and upvoted it!


Please note that this is a BETA version. Feel free to leave a reply if you feel this is an error to help improve accuracy.
$0.00
Reply
[-]
artemisdarcy (25) 2 years ago

Thanks for sharing. I just started getting into Calisthenics after watching Spartan Girls on Youtube. I love how it's possible to do exercises outdoors almost anywhere :)

Calisthenics is awesome. I was tired of going to the gym. They were once closed due to renovation so couldn't train for 2 months. That's when I started doing Calisthenics and somehow I feel way stronger than when I was lifting heavy weights. Mastering your bodyweight is endless. I advice anyone to read Convict Conditioning to get more info about Calisthenics