Use of calendar in daily life 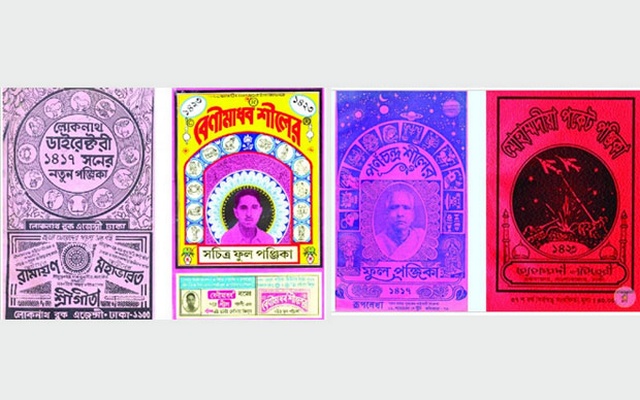 If you want to check the date, wedding day or if you do any work, take a look at the calendar for various reasons. This calendar is not actually a normal calendar.

In addition to traditional religions, people of all religions used to use more than one calendar. Due to regional diversity, different versions of the calendar are seen. Such as the calendar of Bangladesh and the calendar of Calcutta is not the same. There are differences in informational aspects. It is not the same as the daily sunrise of Bangladesh and the time of sunset that is due to the interval between Kolkata and Calcutta. Apart from the latitude and longitude, the planets and planets of the other space are also different.

What's in the calendar?

Origin of the calendar word from the fifth word. The calendar is a collection of five important information about Bar, Tithi, Star, Karan and Yoga. Calendar is used to view the planets of everyday planets. Besides, the daily rituals of sunrise, sunset, moonlight and other ceremonies were also written on the calendar.

If you want to spend the night in the new moon or full moon night, look at the calendar. Because of the new moon and full moon, you will see different types of nature in the same place. Those who have traveled to see them today are seen to fix the day by observing the calendar.

Some boards are written during the tide of tides of rivers. Also, there are times when the moon and sun will be written in the table.

Use of calendar in daily life

Who does not know about the adulterous women khana? One of his famous quotes is, 'It was morning in the morning, his dough did not get plowed.'

If you want to wake up before sunrise, take a look at the docks in the sun during sunset. Many people daily see daily newspapers or calendars to know the sunrise. Those who want to succeed in life start the day before sunrise.

People of all religions use the database more often. There are two types of ebooks coming out from Bangladesh. Hindu Calendar and Mohammadi Pangika

In Hindu calendar, more information has been given about the practice of worship of traditional religions. Besides, it is also said about the special days of all religions.

According to Chandramas in the Mohammadi calendar, there are many important periods of time during sunrise, sunset, day and night.

The position of the moon is considered seriously in the religious rituals of all religions. Muslims, Hindus, Buddhists, Christians and all religious people specially focus on Chandrakal.

Use of astrology in astrology

The highest use of calendars in astrology is the use. In addition to creating cells / fixes, the Shuvashu prediction is based on the basis of the daily lunar and other planetary stars. Astrology is the calculation of time. It speaks of the possibilities of people. Certainly nothing will happen or will not happen. In Bangladesh, India and Nepal, Raj Rajya had one Rajjyotiastaya once. At the beginning of the year, they predicted various things in the state. Accordingly, different decisions were taken. Because of the precise forecast, the astrologers got special honor and dignity. Now let's take a look at the things that are written in the table.

Bar: seven days a week. Venus, Saturn, Rabi, Som, Mars, Mercury and Thursday, respectively. Seven days have come from the names of seven planets. (According to astrology, the moon is also considered to be a planet). Every day, the number of planets and stars in the amount of degrees, minutes and seconds is written.

Tithi: According to the Vedic calendar, a lunar day is called as tithi. During the moon and the sun, the period of growth of 12 degrees longitude is considered to be a tithi period. The timing of the tithi changes according to the day and the total duration of the tithi is between 19 hours to 26 hours. The first day of the lunar month is called Pratipada. Thus, the second day is called Dattiya, Third, Fourth, Panchami, Sixth, Dashami, Ashtami, Nabami, Dashami, Ekadashi, Twadhi, Thriodashi, Chaturdashi, Purnima / Amavasya. Likewise, the next custom of the fullima

You got a 1.18% upvote from @postpromoter courtesy of @mdnafis!

Congratulations! This post has been upvoted from the communal account, @minnowsupport, by mdnafis from the Minnow Support Project. It's a witness project run by aggroed, ausbitbank, teamsteem, theprophet0, someguy123, neoxian, followbtcnews, and netuoso. The goal is to help Steemit grow by supporting Minnows. Please find us at the Peace, Abundance, and Liberty Network (PALnet) Discord Channel. It's a completely public and open space to all members of the Steemit community who voluntarily choose to be there.