As above so below 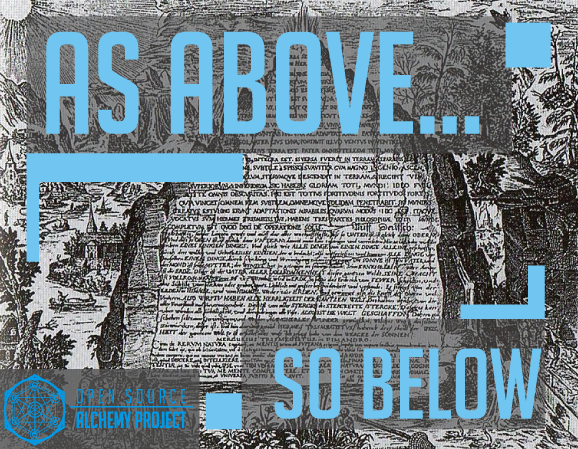 The statement "as above so below" has been associated with the alchemical knowledge since it was roughly translated from the emerald tablets. The meaning of this alchemical truth is quite interesting and philosophical.

I believe that this is why the alchemists were so focused on the proper utilization of the mind and sought to have a conceptual framework of human psychology. It would stand to reason that if you could cultivate and perfect the inner workings of the mind that you could have an influence on the physical reality and on the physical matter which is equally perfected.

Seeking to amplify the relationship between the inner and outer world would not only be useless, without an accompanying cultivation of the internal world, but it would indeed be quite dangerous.

It would also seem to support the hypothesis that we come into the physical reality in order to learn and develop ourselves. If you are doing something that results in the suffering of others or harboring thoughts of a destructive nature then it would go unnoticed had the universe not been naturally inclined to manifest those things into your physical reality. It seems to be a way for us to see what we are hiding from so that we might become aware of it and have an opportunity to change for the better. “The true alchemists do not change lead into gold; they change the world into words.” ― William H. Gass, A Temple of Texts
Mojo Magineering. Please can I see more? Upvote and follow.

One of my favorite quotes! Thank you! @pitterpatter followed!