James Gunn and How War Works So because some people still just don't get it, this post is something I see as necessary. I'm going to try to explain what's currently happening, and why it's necessary, if not good. Because at the end of the day this isn't about James Gunn, or pedophilia, it's about winning a war, and the concept of "total war" isn't just for armed military conflict.

For those unfamiliar, although I doubt any of you are, James Gunn is the director of Guardians of the Galaxy who was recently fired from his job because of some pretty outrageous "joke" tweets making light of pedophilia. This was mostly undertaken by Mike Cernovich and his fans, and because of this Gunn scrubbed his twitter account and lost his job. New targets include Patton Oswalt, Michael Ian Black, and Dan Harmon.

I should state up front that I really don't care what they joked about. Those who follow me for any length of time come to a quick understanding that I consider no topic "off limits". There is no cow so sacred that I won't tip it if I feel like it. Comedy is comedy, jokes are jokes, and neither are evidence of a crime. I don't think that Gunn and Oswalt and Black and Harmon have actually done anything wrong, not until I see actual evidence of it. It certainly seems suspicious to me, but there's no law against that.

But like I said, this isn't about them individually, or what they said or did. This is about winning a war.

Because whether or not you like it, or want to admit it, there is a culture war happening. The left and the right have been going at it since the 60's, and given the absolute state of things at the moment you can see who's been winning. Spoilers: It's the left.

Any idiot can see that. The marriage rate, divorce rate, fatherlessness rate, devaluation of currency, invasive laws being passed every day, the creep on gun rights, privacy being violated, and free speech being socially abrogated are all evidences of the disastrous policies of the left becoming more prevalent with each passing year.

This is also on top of the left thinking they own the public space, that any person who has wrongthink or badfun should not only be excised from that public space, but should be unable to feed, clothe, and house themselves and their families. They burn people alive and give no thought to cleaning up the ashes before they're on to the next target. We see it in people like James Damore, Roseanne Barr, and hundreds of people you've never heard of whose lives are completely destroyed by the leftist outrage mob.

Another thing it's crucial to understand is that the tactics of the left work. They are effective. They get results. They shift the culture. Anyone who denies this is lying to themselves and to you.

You should also keep in mind that pride and principles do not, and I repeat DO NOT WIN WARS.

For example, the picture I used above. World War One was one of the most horrific wars in the history of mankind, if not the outright worst ever. Specifically let's look at gas warfare. Germany was the first to use gas of any kind, but specifically bromine and chlorine, in the effort to demoralize and kill their opponents. If Germany had kept using gas, and the Allies hadn't, Germany would've won that war.

So much like in the current culture war, the Germans (the left) are using gas warfare (calling for people to be fired for mean tweets) in an effort to demoralize and at the end of the day kill the people they perceive as their enemies. Caught up on that comparison? Okay good.

So what happened in WWI? The Germans started using gas, then the Allies started using it back, and eventually both sides stopped using gas and nowadays whenever you hear about someone using chemical weapons, even on troops in a declared war, it's considered a war crime that the international community spits on and holds in utmost contempt.

Are you starting to see where I'm going with this?

This is how war works. One side will escalate in an attempt to win, and the other side will either be bowled over or escalate in turn. Deescalation only happens when both sides have been harmed enough to agree to it. Now, I know that lunatics on the left like Cenk Uyger like to say that the left just lies back and thinks of England while the right rails them six ways from Sunday, but I can assure you that just isn't the case.

I watch the news quite a bit, and I can recall about seventeen incidents off the top of my head wherein the leftist outrage mob has gone after some poor undeserving soul just within the past four years. The left does this almost weekly, and its plain to see. The right, on the other hand, has what's been happening the past couple days on twitter and Gamergate, which wasn't even a proper right wing movement. It was just a bunch of nerds from all over who wanted their goddamned video games left the hell alone.

So no, the right does not engage in these tactics. Up till now they have been almost solely the purview of the left. That's why people are getting so upset at the people going after Gunn, and Oswalt, and whoever else. This is Simply Not Done™. Not by the right.

No, see, we have principles. We have honor. We do not stoop to their level.

Well, okay. Let me ask you some questions.

How many people whose lives have been destroyed by the left has your principles and honor saved?

How many actual victories have your principles and honor won?

How many leftists (you know the type) have looked at your principles and honor and said, "You know, maybe we shouldn't try to kill these people after all"?

And most importantly, will your principles and honor be able to keep you warm on those homeless nights after you offend the leftist outrage mob and are rendered unemployable?

Having principles and honor is all well and good, but it is not how you win wars. You win wars through decisive action to smash your opponents as swiftly as possible. The left already views this as a war and have been acting accordingly. So, I have to ask, why in the flaming fuck haven't the right?

A war is upon you, whether you like it or not. You can either fight it, or pretend that you're better than everyone else while doing literally nothing about it other than condemning both sides for trying to win. In a life or death fight, honor means nothing. Keep your principles and honor, but understand that *the people attacking you have none and don't want any. *

They will use any method period to utterly destroy their opponents, or the people they have decided are subhuman. To defeat such a widespread and honorless enemy as this, you are going to have to lay down your honor and principles and smash the absolute shit out of them. You can pick them up later when the fight's over.

So when Antifa shows up to a peaceful protest or march or whatever and start getting violent, you kick the everloving shit out of them. Send them home to their parents' basements with broken noses, cracked skulls, shattered ribs, and a note attached to their backs to never do it again.

When the SJW's on twitter pull this outrage mob bullshit to get people fired, like Damore or Roseanne or anyone else, you dig into their twitter history, or their entire online history if you can find it, find the fucked up shit they've said, and contact their employer about it.

Now you may ask, "If this war is basically being fought online, with no face to face contact with the rest of the combatants, how will I be able to see the enemy's appeasement signals when they're ready to talk truce?"

To which I would respond, "Don't worry. They won't be able to see yours either, or they'd have come to the table by now."

So as distasteful as some people may find these tactics, they are necessary to end this bullshit. You have to speak a language these people understand. With Antifa, it's violence. With the outrage mob, it's outrage. One man with principles can't fight off all of Antifa (unless it's Rufio, that mother was handing out dirt naps like candy on Halloween), and one man with principles can't stop the outrage mob. You need friends, allies, tactics, goals, weapons, and heads on motherfucking pikes.

It's good for morale, trust me.

Because the left has been on track to win this culture war for decades at this point. They're organized, evil, ready, and coming whether you like it or not. So for the milquetoast "conservatives" and the anti-SJW's who think they can win this war by killing them with kindness, you need to stop being a denthead about this. War isn't won by honor, principles, pleading, and happy feelings.

And you are in a war, whether you like it or not. 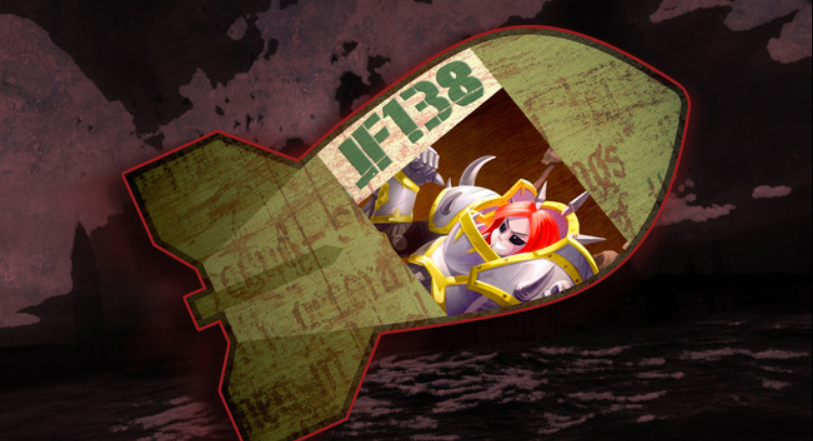 If you enjoyed this post, you can find more like it on my website or my steemit page. I also have free action and adventure short fiction available from my Original Fiction page, as well as in the anthology Darkest of Dreams from DimensionBucket Media. Feel free to check out my weekly podcast too, as well as audiobooks I've produced, and if you feel so inclined you can throw me a tip at Ko-fi.