Read on my blog here: https://conversationofourgeneration.com/2018/04/12/rites-of-passage-proposal-to-solve-the-modern-coming-of-age-crisis/ 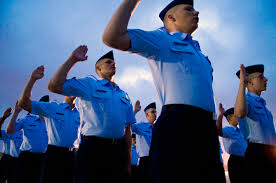 Personal Experience
As a 22 year old guy, I know people my age who are barely ready to be adults, but never will unless forced to and others who were reliant upon themselves at 18. I have taken steps in my own life to move towards independence, but I know of people that are 5 or 10 years older than me who have done little to nothing to become independent from their parents.

I believe there are two issues driving this trend. One is a lack of education around the American form of government and the major institutions that shape adults’ lives. The other is a lack of a rite of passage, which causes America to use an arbitrary age and does not push individuals to accept the responsibility that accompanies the freedom, liberty, and privileges of adulthood.

Plan Outline
I believe it would be best to offer 17-year-olds the opportunity to begin preparing for a test on the systems we have as a country (taxes, loans, mortgages, laws, housing, etc.) that they are able to take when they turn 18. If they pass this test, they are awarded full privileges and assume full responsibility of adulthood. This includes the right to vote, but the possibility to be tried as an adult; the ability to solicit credit, but the responsibility to handle that debt; the ability to buy and consume alcohol, but the responsibility for their actions when they do so. Each privilege will have a corresponding responsibility, and it is fair and just to educate people on both.

If they wish, they can opt to not take the test until they feel prepared to do so. There could be a clause that says once people are 21, they can take the test without the class because they would likely have to have a fast-track option at this age.

This could be indicated by a license or a mark on one’s driver’s license that signifies the individual has passed the test and can do all the things adults can. In Indiana, licenses for people under 21 are vertically oriented while those for people over 21 are horizontal. This could be an indicator that is easily translated for all states’ licenses.

I would argue that it should be up to the states how to execute this process, so that each one can fine tune it and do what works within the confines of their laws. The variance of gun laws and driving laws has allowed for each state to look to the others’ successes and failures and decide what processes work and what does not.

Rationale
I think this time is when young people begin taking the steps towards independence and it is during these times they experiment with adulthood. Because we are individuals, a hard and fast line does not make sense, but a window would fit most individuals. Also, because the individual has to make the conscious choice to take on this challenge, it acts as a rite of passage. In prior cultures, individuals prepared themselves and when they felt ready, actually went through the rite of passage.

Driving has done this in the minds of young people for a while. Everyone has a moment like their first time on the road alone that constitute the individual’s moments where they entered into the process of becoming an adult. It could be their first gun, the first time their dad handed them the keys, or their first job. Regardless, there was a stage in their life that forced them to think about becoming an adult and listening to the adults around them.

Becoming an adult is a process, and rites of passage allowed individuals take on the responsibility when they felt ready. People have to learn the risks and rewards of being an adult member of society. To be fully responsible requires that one understands the full scope of what constitutes adulthood. That is how people should become adults: by a distinct, intent action that is clearly outlined by society.

The cover image is a military swearing in. The reason is they do this: take on the responsibility of a soldier, while knowing they will gain the benefits should they fulfill their contract. They are educated fully on the risks and rewards of this decision, and can choose to take the leap. Becoming a soldier has rites of passage, periods of preparation, and certain responsibilities and privileges associated with different ranks and positions. Obviously, there wouldn’t be ranks of adulthood, but that process has worked well in the military, religious organizations, and societies of the past, and should work in a political institution as well.

Last Words
Even though I am more libertarian, it seems necessary in this system to have a point in an individual’s life that they become an adult. Because becoming an adult makes an individual both legally responsible and free to engage with the political landscape in a new way, it is practical to have a clear standard for what constitutes being an adult. This plan is not perfect, but it seems to me that having a testing process is the best way to ensure people can grow into full citizens as they become an adult. This is not, however, the ideal situation. Rather, it serves as a transition and a source of education on how the American system of government works to preserve the institution of government, and hopefully the liberty of the individual, by teaching people the foundational principles of America.