Today I want to post about one of my greatest idols in the world! Dale Carnegie. He was a writer and teacher in self-improvement, salesmanship, corporate training, public speaking, and interpersonal skills. The amazing Dale Carnegie was one of the most respected person with his courses about human relations. 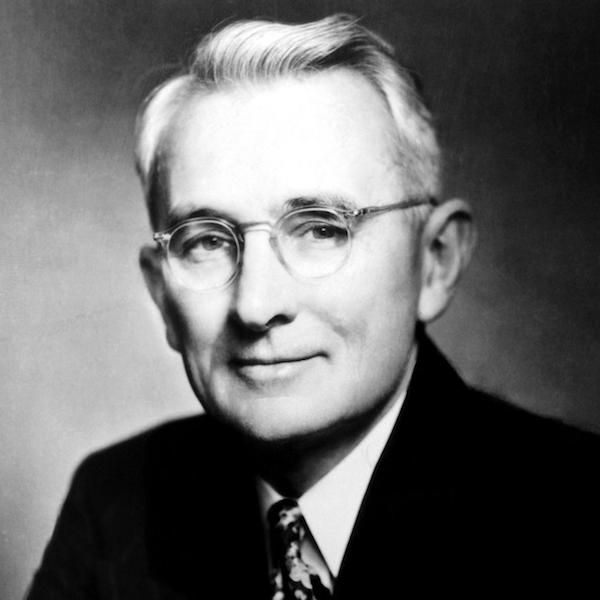 Source to the picture

My focus will be the book - How to win friends and influence people. This book have changed my way of thinking about other people. In my opinion human relations is one of my biggest fear, sometimes I do not know how I will react or say to people when I met them for the first time.

Dale Carnegie helped people to learn how to develop relationships with others, how to meet new people and find common grounds. Even though Dale Carnegie has been dead for over 60 years, in my personal opinion he still helps people to overcome their fear through his books.

The list can be longer, but these principles are my favorites. I have found these principles to be surprisingly effective and I would highly recommend you to take the Dale Carnegie course - How to win friends and influence people.

My opinion is that instead of accusing other people how irritating they are, or how much they have hurt you and so on, you can choose to change how you think of other people. Because most of people have hard time to see that they have made a mistake, or even get mad, when someone criticize them. That is why I think that you can make a difference in our world, and help other people to see the best side of you.

You can´t change other people
You can only change yourself

every post you make is worth reading @enuk. You're my source of motivation ever since I joined this community. Thanks for sharing about Dale's book(I haven't heard about him) but I'll try to find hard copies of his books:)

You are just amazing @akoaypilipina 🌟 Thank you for your kind words, I appreciate them a lot!

You're too generous to me @inuk..thank you! 😘

This does seem like a great book and maybe I'll pick it up soon, cuz I started reading books recently!
When it comes to winning friends and influencing people, the principles you stated are very important indeed. Each of those principles can be implemented into anyone's life with some dedication and effort.

My favorite follower @trendo 😃 🌟
You should! It will change many things. Thank you for your comment 🙏

How to stop worrying n start living by Dale Carnegie saved me a couple of times. I am really grateful to him. Thanks for reminding me of Dale :)

My pleasure @tamsguitar! I am happy to hear that you also know him 😊

you're simply so nice! Thank you 🌟