That Time the Kids Convinced Me the House is Haunted... 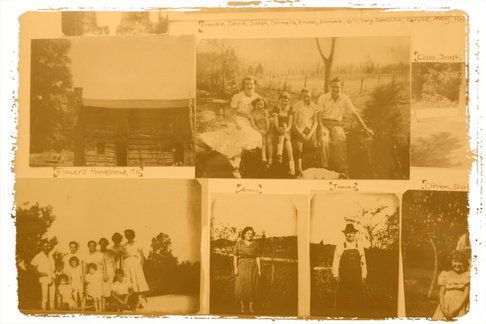 You know those click-bait websites that list creepy stories related to things children have said and done? Here are a few of my own, and you don’t even have to click through fifty pages to see them.

I am of a superstitious nature. It seems to me some of us just have the superstition gene. I was terrified of the “Bloody Mary” bathroom game as a child. I still wouldn’t want to do it. And I don’t do well with horror movies—I get spooked easily, and it lingers.

This chain of thought was brought on by my daughter’s antics today. She told me that there was a ghost in her pop-up tent. I was all calm and composed and adult-like. I bravely told her to show me. She was also calm and composed and adult-like, which made sense after I saw the blanket lying in it which her brother has used to scare her with before. This was all game to her—innocent fearless little thing. Maybe she is only a carrier of the superstition gene.

She did far worse to scare me when she was younger. There was a time when she had just learned to talk and enjoyed naming all the people in a room. She would go through this routine several times a day. One evening after dinner she named me, my son, my two dogs, herself, and then threw in “Brutus”. I quizzed her on this endlessly. Finally I asked her to point to Brutus, thinking that she must be using a nickname. She started pointing all over the room. This lost most of her credibility, until she took my hand and walked me across the house to the play room—empty of all humans and dogs—and pointed to a corner. She mentioned this name several more times before it faded away. Yep, I'm still creeped out about that.

My son has gotten me too. Once upon a time I was leaning against a wall in my bedroom and he was telling me about something he wanted me to see, but then added “and him, and him, and her, and her, and him and…” I looked at the empty room around me, starting to get goosebumps.
“Who are these people?”
He smiled in that way three-year-olds do when they swiftly lose interest and change the subject. He continued playing.
“But, who are you talking about?”
“The people in the pictures,” he pointed to the frames on the wall behind me.
I sighed, so deeply.

My son is approaching school age now, but he still enjoys baby talk occasionally and making up his own words. Most of the time this is harmless to me, but occasionally he spooks me with it. This morning he kept saying “What is that? That—peeking out of the covers. What is it? Is it a gong-gong?”
Seriously kid?
“I’m going to call the ghostbusters,” I said, but it wasn’t funny because he had no idea what I was talking about.

Thanks for sharing this. I'm a paranormal enthusiast & a bit of a sensitive. I love this type of stuff. Children pick up on activity much more because they're less skeptical & more open.

You couldn't have told me that it is all hogwash? Just kidding, I agree with you. I'm just too scared to learn any more about it. My son's best friend has reported seeing things to her mom--including one ghost that is famous downtown in these parts. There was no way of her knowing about the story involving that ghost, so a legit sighting.

Yes, it's all make believe. Your kids are just having a bit of fun with you. Paranormal & horror are two of my favorite genres to read. I can use my imagination. I'm usually disappointed with those movies. I don't tend to scare. That's not even what I want. I'd just like a chill. A shiver. An unexpected moment.

I've never really understood the appeal of fear. I know a lot of people that are like you though, several good friends. I think of people in two categories: those of us that need to stay in the light for balance, and those of us that like the dark.

It's not about being scared for me. Because I don't get afraid. About things like that anyway. There's enough in life to be concerned about. Health & finances are certainly ones my husband & I can relate to. Actually, there's a third category (possibly more--I see many things in grey). I like both light & dark. Literally & figuratively. It depends on the situation, people I'm with, mood. So many variables.