Steem has become a part of my life!

I wanted to see what it's like to be on the main Steemit website. I am an enthusiast of this blockchain and I have been using Steem almost every day from 1.5 years. I would like to introduce myself to you again and start writing mainly in English. my photo
I am 29 years old, interested in astronomy, blockchain technology and the cryptocurrency market. Until now, I was running a blog about astronomy, cryptocurrencies and about the Steem platform in Polish language. Now I would like to join the world Steem community. 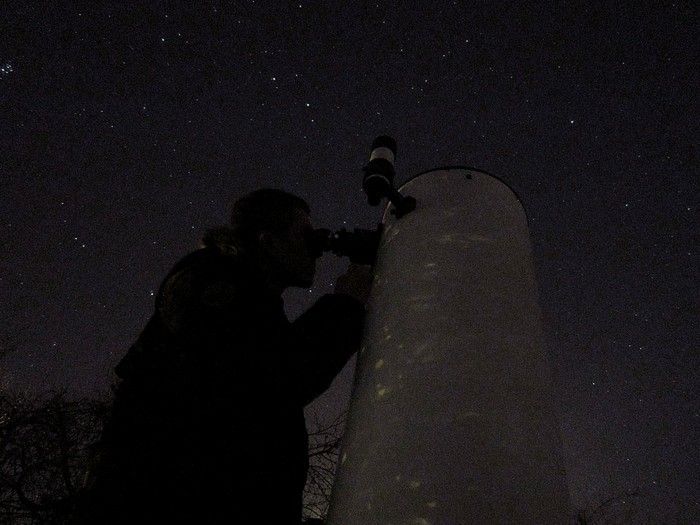 my photo
I've been interested in astronomy and space since childhood. At the age of 10, I was watching the sky through the first telescope. At Steem I write articles, among others, on this subject. I try to write in a simple language to encourage people to observe the night sky. I create articles on this subject in the #steemstem tag in my second account @astromaniac. Source: Pixabay link [CC0 License]
My adventure with Steem began in autumn 2017. In May 2017, I learned what Bitcoin and cryptocurrencies are. At first, I traded a little bit on the exchanges, but without much success. One day a friend from work asked me: Did you hear about something like Steemit? And so everything started. Since then, I understood that STEEM is one cryptocurrency which has some application and isn't bought only for sale at a profit. Source: Pixabay link [CC0 License]
Ever since, everything has changed. Of all digital currencies, STEEM became the most important for me. I spent hundreds of hours on Steemit. Over time, I understood how important STEEM POWER is and I happened to buy it. Currently, I managed to collect over 3000 SP. I plan to reach 10,000 SP. Maybe they aren't large quantities, but as for a regular person working full-time there is a large amount. I believe in the future of this platform and in the fact that Steem will become the next generation of internet, it will not happen quickly, but in my opinion it is worth waiting even a few years.
Note: This article does not constitute investment advice.
Thank you for reading!
#life #steem #cryptocurrency #science
3 years ago in #blog by astromaniak (68)
$142.93
229 votes
Reply 45

Congratulations on your good levels of accumulation of Steem!

Thank you :) Let's collect STEEM while it's cheap.

I'm glad you're here. Keep telling people about this part...

Since then, I understood that STEEM is one cryptocurrency which has some application and isn't bought only for sale at a profit.

How do you make the source under the picture in small font? I haven't figured it out yet.

Thank you :) I believe in STEEM!

Here's the code: (Open the graphic in the new tab to enlarge)

I wish you all the best. Do what you do because you do it on a global level with your passions on the subject of the cosmos in a simple and understandable way. Infect the world with the cosmos and you infected me. I am supporting your choice.

I think it's great that I see people like you who believe in the future of Steemit. Good luck in everything you do and I hope you ll achieve your 10,000 SP ideal :)

Thanks :) Yes, I really believe in this platform and I wish you success here too. Greetings :)

It is so nice to see people like you on Steemit and share your knowledge. I feel Steemit is very addictive, most of us have been glued here since a long time now, sharing whatever our knowledge is. Good luck and best wishes for you

Thank you :) You're right Steem is something amazing to me.

Wow, that is true man.. steem is different to most cryptocurrency out there.

I know this and I know that it is still very little known and very unappreciated.

Wow congrats! I hope you'd also pass by my steem profile! I swear the content won't let you down!

It is good to support new users :)

Hello, Steem is now a part of my life as well. I often frequent this platform posting articles about my life than fb and IG. I also run a personal blog but I do not spend much time on that as well. The community here in this platform is unique and so active. Aside from gaining some Steem Power, I can say that I am gaining wisdom and awareness through this. There are just a tons of articles to read. Lol.

It is true. Steem is a great place. It takes time, but it's worth it.

Thank you. So far I have been active in the local Polish community. Now he is trying in the world.

So now you are writing in the English :)

I will rest a little from our society. Thanks:)

You're right. We are at the initial stage of Steem development.

Nice article! Lucky for you are doing very well.

Thank you. I have devoted a lot of time to this platform.

Glad you to enjoying on steem platform

Thank you and good luck here.

I am counting on some profit in a few years. I will not give STEEM cheap! :)

Thanks! Very good. We must show the world that this is the future of the internet.

But you have to remember that Steemit is just one of the applications for blockchian STEEM :)

Congratulations @astromaniak! You have completed the following achievement on the Steem blockchain and have been rewarded with new badge(s) :

Welcome from Canada and I love your work as astromaniac it is very interesting. I will try to keep up as I follow you. Keep up the good articles.

Thanks a lot and best regards!