Data Questions: Where's all the money going in Steemit? [OC] 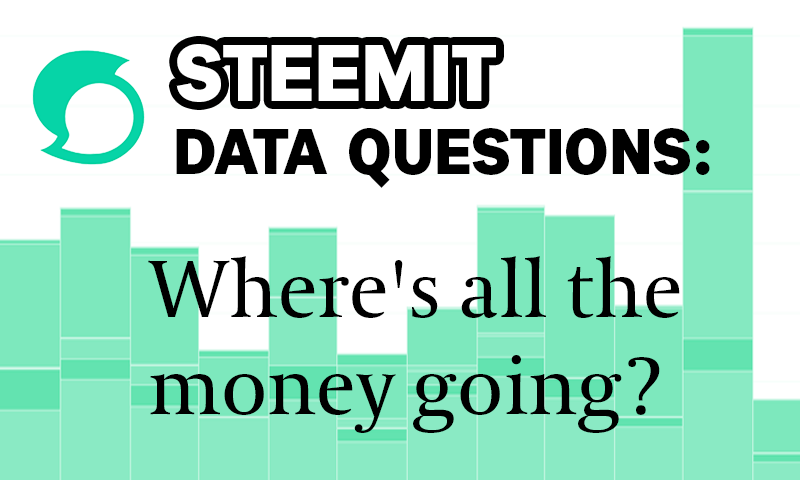 1. How much money is going in and out of Steemit?

2. And how much money is being transferred between users?

Before I begin the analysis, I have to give endless credit to @arcange, the creator of the http://steemsql.com/ database. Without making this amazing project free, I could not have done this analysis. All the data used here is extracted from the SteemSQL database by Tableau. Please go and support him if you can, even in the smallest way, so that people can continue to produce transparent and interesting analyses about the world of Steem.

Summing up "TO" (top bars) and "FROM" (bottom bars) transfers (Y-Axis: amount of STEEM)

I honestly don't know what's going on in these 3 mega outliers caused by the super-whales, perhaps someone who knows the history of Steemit a bit better can enlighten me in the comments :). If we take these super-whale outliers out, we can get a better comparison between how much has been transferred to and from exchanges compared to between users.

We can see that the number of transfers people are making isn't really growing much compared to how much the user base is growing at the moment. Particularly, last week has shown perhaps the beginning of a slowing down in activity, reflecting a general drop in hype in the cryptocurrency world.

We should also look at the net difference between transfers with exchanges, namely to find out how much money is going actually in and out of the Steemit user base.

*negative values indicate a sending of STEEM onto an exchange 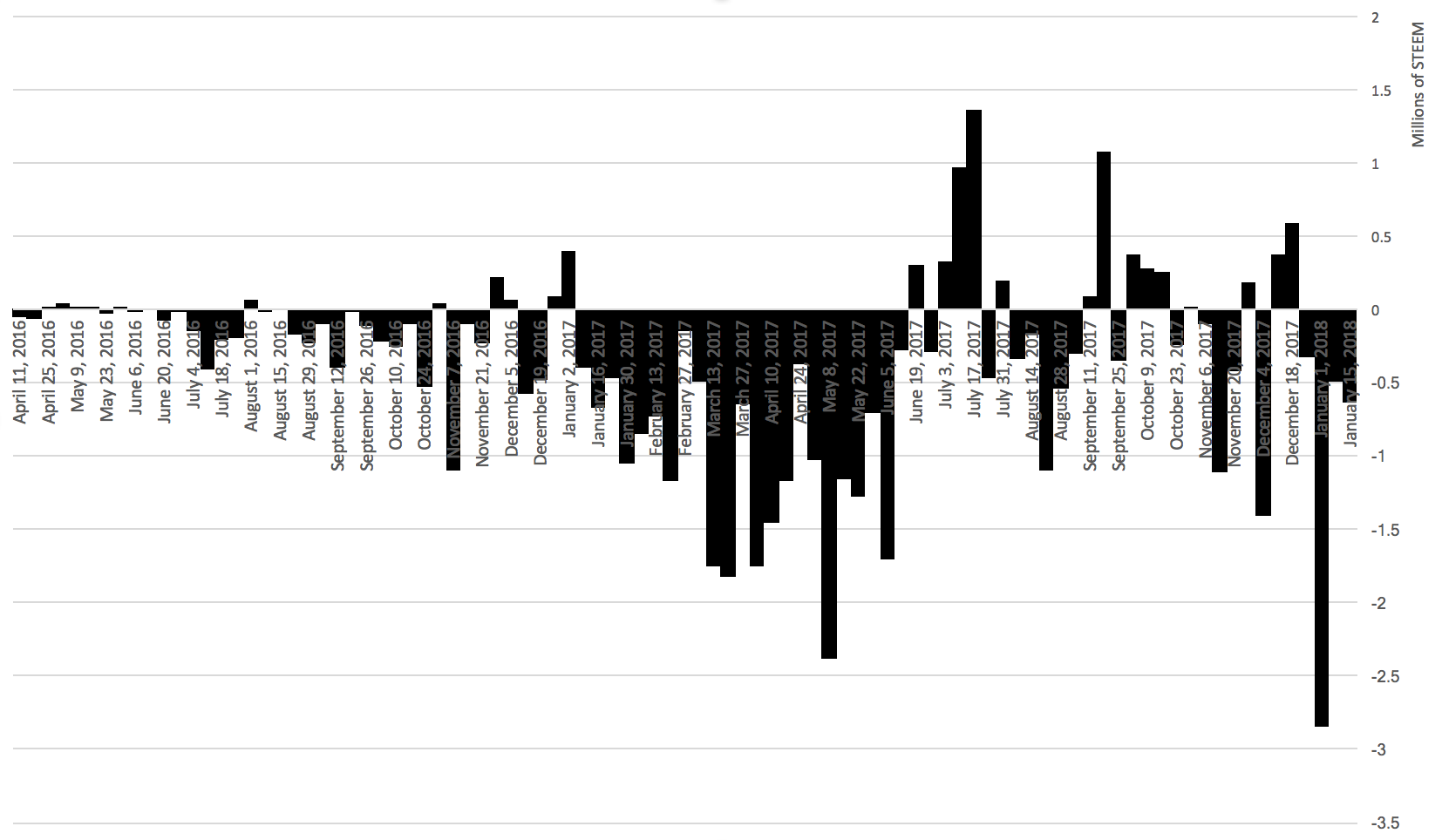 Wow, that's a LOT of STEEM being sold into the wider market. Kind of to be expected since that's one of the core ideas of the platform. I just wasn't sure how much people are putting in it as well.

And finally, I'm curious whether the NET INFLOW-OUTFLOW ratio (black bars) has any correlation to the price of STEEM on the open market:

Well, we clearly see that the crypto-hype in December caused a surge of outflows to exchanges over new years, as people were using the favourable price situation. However, if you consider that there are around 350k active users, that would mean that on average, each Steem user withdrew about 8 STEEM from their account during this surge. Of course it's probably silly to take an average here because the wealth distribution is very unequal. But in any case, the amount is not that dramatic after all... What did you mean by this mate?

Thanks for pointing this out! I read it somewhere in an analysis but I can't find it now. There's a boolean flag for it in SteemSQL somewhere. I'm gonna change it to all users because I'm not sure how it's calculated. That would make 636,239 as of right now.

Ha ha, I don't know what any of that means, but good luck!

Also for the boolean flag - I just meant there's a column noting whether a user is active or inactive. "In most computer programming languages, a Boolean data type is a data type with only two possible values: true or false. " :)

Hmm, but the numbers they usually report in those daily Steem statistics as far as active users go are mostly correct right?

Here you can see the amount of active users. It just takes the amount of users that have commented, voted or posted during a month.
https://steemit.com/statistics/@arcange/steemit-statistics-20180120-en

Nice analysis, good to exclude the outliers. Better to divide steem going out by 'active users' - the majority of accounts are 'dead' if you're a pessimist/realist, or 'innactive' if you're an optimist/ dolphin.

It's @arcange who does the 'basic' daily and weekly stats on 'active users' and so on...

Thank you! Was looking for this :)

If there is a net outflow to the exchanges, who is buying on the exchanges? What are they doing with their STEEM?

From this we have to infer that they're just buying and hodling...

I think its safe to assume that when theres a net outflow to the exchanges that those users are essentially leaving the STEEM market. At least to the degree of the amount a user sends out of their steem account.

The data leads me to guess that those huge outflows correlate to the price of STEEM dropping. Perhaps to sell for BTC in order cut their loses? I'd be interested to see the price action of BTC and STEEM on your net inflow-outflow chart.

Yes but that STEEM isn’t destroyed. It goes into someone’s wallet. So are they just holding it off steemit? If so, it reduces the float