mericanhomestead (65)in #blockchain • 5 years ago

Watch LivePeer launch a video over their Node.

So unless you have been living under a rock, you know that Youtube is continuing to crack down on any video content THEY DEEM to be offensive politically, religious or otherwise. Youtubers that have millions of subscribers are reporting having their videos restricted, demonetized or removed from search or suggested video lists.

And like I said, some of these content creators have over 1 million subscribers. Mark Dice this week put up a video of the new YouTube rules. (Video below)

For months, content creators all over Youtube have been reporting strange drops in subscription levels, watch time and ad revenues as Youtube pushes content from big networks like ABC, CBS and others to Youtube viewers. New content from creators is not being pushed to subscribers and instead content suggested by Youtube is at the forefront of the viewers of the site. Creators are upset that their own subscribers are in fact being held back or redirected from viewing the content of the creators they are subscribed to.

All of the above are the reasons creators all over Youtube are looking for alternatives.

THAT BRINGS US TO LIVEPEER.

As a YouTuber constantly looking for promising alternatives, I found LivePeer and have found their work to be exciting as it progresses.

This week they put out a video showing a successful test of a video stream over their technology.

They have open sourced the latest version of the live peer node the team is developing on Github. They will be using this node on the test net that they say is coming up soon. The node communicates with the blockchain and interacts with the protocol that they defined in their LivePeer whitepaper! EXCITING!

The video below shows a Demo of this from the command line which I find equally exciting and there is talk at the end of the video of a volunteer working on a front end GUI (Graphical User Interface) because joe six pack isn't going to work on a command line.

So here is what LivePeer is currently working on according to their team.

Hey listen...it's not like this thing is going to launch tomorrow, I get it. We are a long way off from someone giving Youtube a run for their money...literally. But as a content creator who has been unfairly censured and restricted on Youtube, I'm rooting for any and all alternatives that stem from a decentralized blockchain. There is a huge vacuum that has been created by the draconian fascist censorship over at Youtube and creators are crying for better options.

Whether it's LivePeer, or someone else, whoever comes out with a Liberty minded, censorship free, stable video sharing platform is going to see a huge influx of disgruntled content creators coming over to it. An American Homestead WILL BE ONE OF THEM! 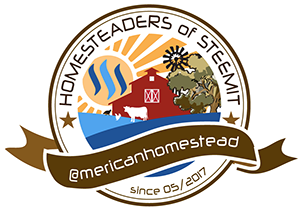 Video and live streaming on the block chain is developing fast. The YouTube exodus is just beginning, those who are looking for alternatives now will have an advantage when everyone (sane) is FLEEING YouTube all at once. It's just a matter of time before Youtube is nothing but recipes and cat videos. And the Young Turks. Sad. @ironshield

LOL...yeah...I just can't wait to do that victory dance.

Like a seven year itch, we fired the tv about 7 yrs ago, then about seven yrs later youtube turns into tv, many videos and channels have just vanished over the last few months. Looking forward to new pastures and no fences!
Thank you @mericanhomestead and Thank you @weetreebonsai for telling us about steemit!

Vidme is centralized and has already been censoring channels and accounts. Not a good sign.

Wow had no idea. A few months ago they were all on the freedom bandwagon.