loggiaonfire (52)in #blockchain • 4 years ago (edited) 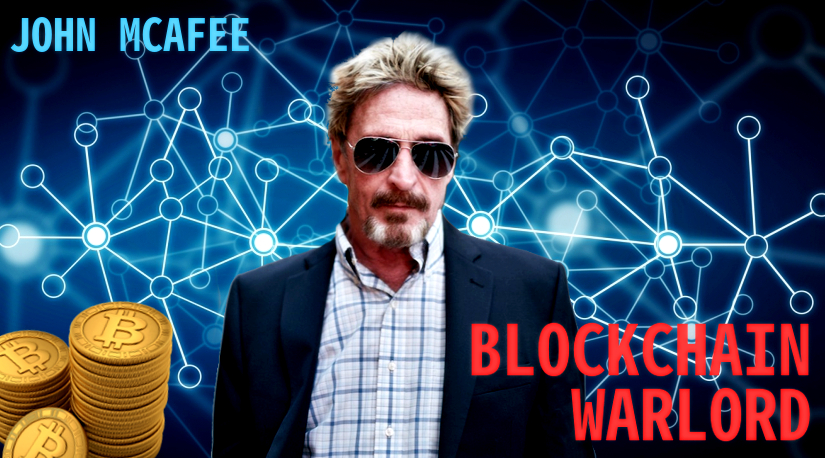 One word that nobody can escape from these days was hardly known outside exclusive circles only last year. This word is blockchain, and the technology that it denotes is spreading throughout human society like the Borg. Being the fundamental technology supporting most cryptocurrencies would be enough to cause this effect with the recent rise in popularity of Bitcoin. But blockchain technology is larger than Bitcoin, some might say larger than money, and has the power to reshape how we live and relate to others.

In the episode “Hope and Fear” from Star Trek Voyager, the villain Arturis describes the Borg as a force of nature. The spread of blockchain technology has achieved these proportions. It’s influence on the science of money has caused Old Money to go through a series of predictable reactions, from denial to dismissal and finally, inevitably, into exploring how they can harness the storm to their benefit and under their rules. Also, inevitably, they will fail in the long term.

Late last year, the total energy in the system increased greatly when another force of nature saw what was on the horizon and decided to get involved. John McAfee, a cybersecurity legend, saw that the technology behind Bitcoin represented the solution to many problems and the future of many industries. Fresh off of a campaign for President of the United States, McAfee burst onto the blockchain-cryptocurrency scene with the momentum of an overloaded freight train on a downward grade.

After joining MGT Capital Investments, a small company looking to reinvent itself to compete in the new economy, his chief imperative was to establish the company in Bitcoin mining and to begin building relationships in the community. He called for the creation of a Cryptocurrency Advisory Board, and asked industry powerhouses like Roger Ver, Erik Vorhees and Bruce Fenton to help guide MGT into the space and beyond.

At the time, people thought he was nuts. Bitcoin mining was profitable, but not that profitable, and MGT continued to struggle in the red. But McAfee wasn’t looking for instant gratification. He was planning for a future that he saw clearly, a future in which cryptocurrency was King. MGT continues to invest in the enterprise and expand their footprint, and is by now one of the top Bitcoin miners in the North America. McAfee also has MGT investing in research on using blockchain technology to solve problems in cybersecurity. "I cannot emphasize enough how an operation of this scale provides us with a key competitive advantage for developing security and privacy applications and platforms using the Blockchain.”. The chain of trust, and the distributed nature of blockchain verification, make the technology well suited to augment or even replace best practices in that industry.

Another proven use case for blockchain technology is the creation of tradable assets that represent value, supported by cryptocurrency platforms rather than traditional arrangements. These assets, called tokens, can be used in place of IPO’s to raise capital, used to provide a more liquid and transparent method of investing in companies, or even offer a brand new currency system that follows particular rules. All contributing to and benefiting from the power and stability on the underlying platform.

Much of the token issuance activity today takes place on the Ethereum platform. It features a smart contract system that provides a stable, documented and straightforward method of minting, tracking and trading value. It is no wonder that McAfee has also advised MGT to mine Ethereum in addition to Bitcoin

Here in the exponentially growing reactor that is the blockchain token world, we also find John McAfee hard at work. He has agreed to serve as an advisor to token projects like Latium, a token designed to create a microtasking ecosystem to capture all of the unspent potential in labor markets that most do not yet know exists. An exciting proposition, and with McAfee’s guidance very likely to succeed.

Then there is the McAfee Coin.

To understand the potential value of the McAfee Coin, or MCF, one must first understand the commercial and economic forces at work in China. Put briefly, the marketplace in China could be described as a combination of the Industrial Revolution, the American Wild West, and the California gold rush all rolled into one. Some of the largest opportunities for business, technology and geniune innovation can be found in China, and predictably the money has followed.

Recognizing that the existing establishment systems for raising, distributing and growing capital were inadequate and will be unable to keep pace with China’s Growth, McAfee partnered with Chinese entrepreneurs Yale ReiSoleil and John Zhu to offer a system to address these shortcomings. Aside from being a tradable asset, the token’s value also sees the benefit of successful seed companies funded by the pooled capital.

To accomplish this, the team has designed a system that will make every dollar invested in venture capital more valuable to the startup receiving it. For they will also be receiving the benefit of an intense and dedicated community, as well as compensated experts, all working to ensure the success of the enterprise. By better allocating capital, and by offering wisdom instead of just throwing money at people, the belief is that this system of venture capital investing will have a higher success rate, and thus be more profitable, than traditional systems.

This is quite a track record, and it should tell the reader one thing. John McAfee is serious about blockchain technology, and is personally as well as materially and financially invested in it’s success. This author has confirmed with McAfee that there are several additional projects, not yet announced, with which he is involved in some capacity. “The world will have to wait a while, but not long, for the method behind my madness to fully reveal itself,” McAfee told me by telephone, “but one thing is clear, I’m here to stay.”

These are exciting times we live in.

Upvoted, Highly rEsteemed and Followed.
I've been seeing John coming over for a long time.
Perfect timing. Thank you for sharing.
SteemON! McAfee is a super interesting dude and I'm excited to see any moves he makes in the future.

$20 to whoever brings him to SteemIt!

This is going to very interesting. McAfee is a rainmaker. Now Paris Hilton is getting on board with the Lydian coin. Fascinating times we live in.

I LOVE McAFEE!! TRuly a hero.

Excellent article, thnks for contribution in the steem community

I see mcafee, I see hero.

Thanks for this post. I only caught up with this news today and as an amateur, but passionate, participant in all things blockchain this adds an excitement to the undoubtable changes that are coming. :thumbsup:

I like John, what do you think? I guess you do as well? I just wrote a post about this topic, check it out:
Is John McAfee considered an expert in cryptocurrency? Why do people follow his crypto advice? 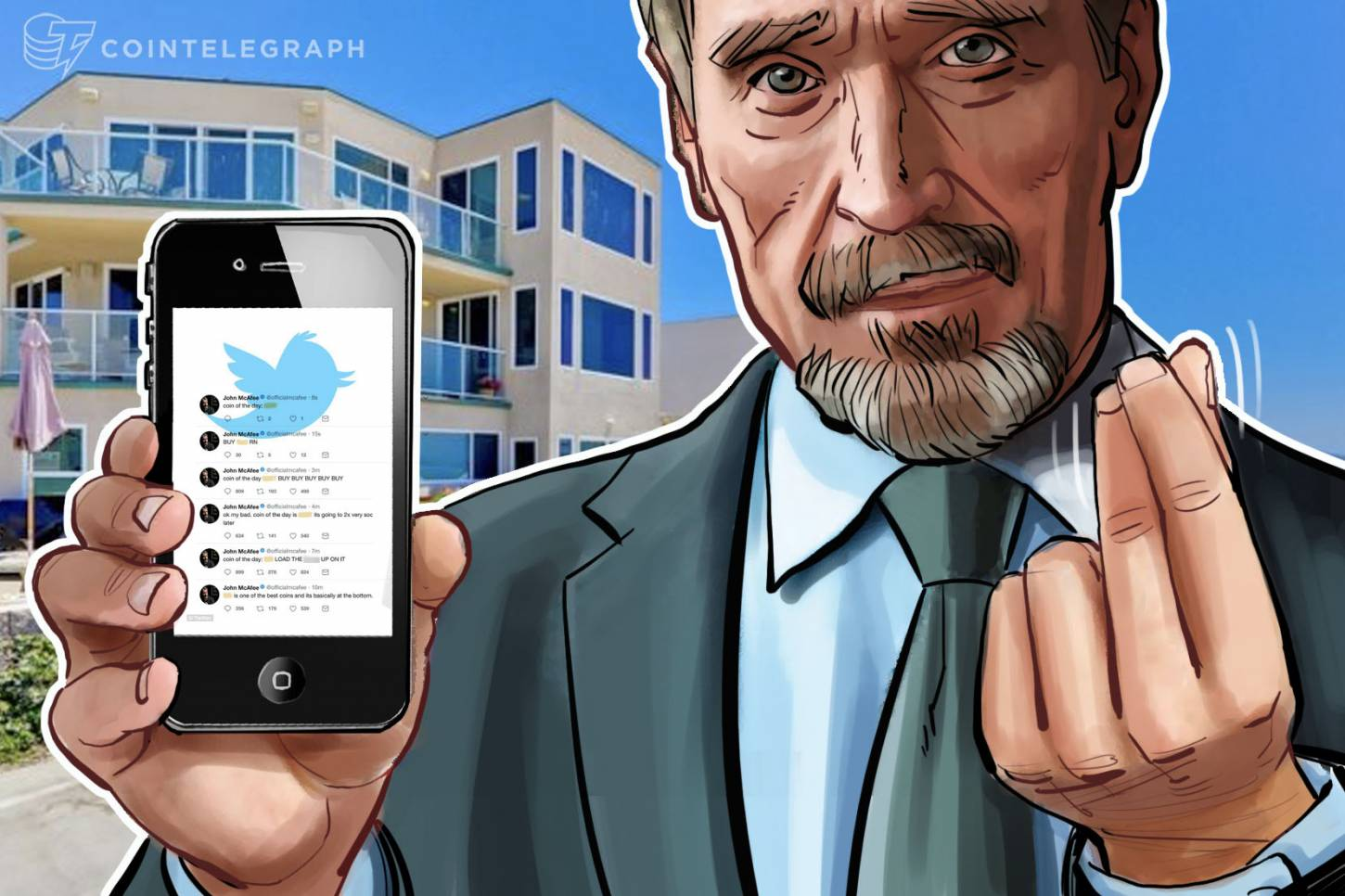 Cryptocurrency is just one result of blockchain technology that could generate multiple number of different products and services in the future. The blockchain database structure and its variation can be applicable to information technology with higher safety level.

McAfee is truly a legend!

I like the article, great info! One thing McAfee is completely right about is the power of blockchain.