joshbreslauer (60)in #blockchain • 3 years ago 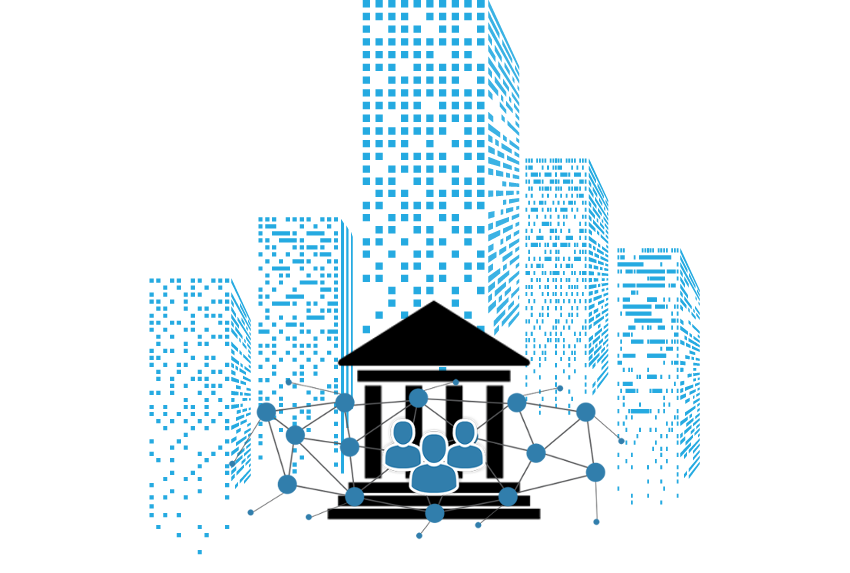 More and more states, political institutions and companies are showing interest in Blockchain technology.
This technology has a financial origin and got popular by the invention of Bitcoin but seems to be much more !

Could public institutions use blockchains with similar conditions like the concept of the bitcoin blockchain?
The answer is: only with strong restrictions Public Institutions would lose control if they simply would implement the bitcoin blockchain.
After all, it is a public blockchain with open-source code which can be used by anyone without authorization and authentication.
The result would be a total disclosure of all data and the loss of control and monitoring possibilities.
Therefore it is understandable that blockchain implementations of public institutions will differ significantly from the design of the bitcoin blockchain.

A fully replacement of institutions is very controversial and would probably trigger some unknown problems.
But the implementation of blockchains promises a lot of benefits also creates a discussion about control mechanisms and the trustworthiness of states or institutions.
Finally, the abolition of trust instances is a basic principle of blockchain technology, as it is theoretically practicable.

For this purpose it is important to distinguish the following dimensions of a blockchain:

Depending on the combination, the consensus mechanism & the decision-making system will be influenced. Within a private blockchain where all participants are verified and known among themselves (eg. within a company or authority) the requirements for a consensus mechanism are different compared to a public blockchain system, where
the participants are anonymous or pseudo-anonymous.
Expensive proof-of-work systems are therefore not necessary in a private blockchain system.
All nodes and miners involved in the consensus process are known and do not require any separate verification.

For this reason, companies and, in particular, banks tend to use approval private blockchains, in order to protect insider competition information, to ensure data protection and to keep control.
This is similar in many cases to public institutions !

Basically, every institution and public authority has to figure out itself if blockchain technology could be useful or if classic databases guarantee a better functionality.
If the decision falls on a blockchain the conditions has to be clarified.
What shall be publicly visible and how programmable & controllable is the system.

To ensure data protection and data control, blockchain authorizations will be hardly to circumvented for public administration.

Blockchain is taking over...Heard about Estland?

yes. estonia is one of the leading nations for digitizing institutional administration

I really hope it's not ostentatious interest. In my government, only a lazy minister did not say that the blockchain is cool and we must support and develop it. I have a suspicion that they do it mainly in order to not look retarded... It would be great if at least 1 out of 100 really making a real effort to promote this technology :)

governments will move slower than economy.
interest is not always public.

I actually plan on using blockchain technology to develop a new coin with actual real world physical backing in a certain item/object/medium.. Hopefully my coin can find application for many of these institutions! :D