The Rise of the ICO and Bad Actors: Three Hazards for Blockchain Investors to Bear in Mind in Today's Hot Market

Investors are eager to hop onto the blockchain gravy train, but they should step gingerly, according to venture capital investors who offered advice at the 100X Blockchain Investors Summit August 8-9.

In a world where people are apt to utter cryptic phrases like “I’m a fan of forks”--a world where caution is often eclipsed by giddy optimism about blockchain's transformative potential (see my earlier post, One word: Blockchains)—investing in the space can be risky business.

The Rise of ICOs—and Bad Actors

Nevertheless, venture capitalists and more recently large enterprises have flocked to the enigmatic blockchain technology, the protocol and cryptography that underlie bitcoin and other cryptocurrencies, to consider fresh solutions to just about every business problem under the sun.

The market is just ramping up. “It’s early in the inning for blockchain technology,” noted Joseph Lubin, founder of ConsenSys and co-founder of Ethereum, but there’s already a good flow of money into the ecosystem: “This is what exponential feels like.”

Already in 2017, U.S. companies raised more than $1 billion in initial coin offerings (ICOs), or “token sales.” An ICO is a public sale of a digital asset (alternately referred to as a coin, token or cryptocurrency). Lubin estimates there is a new ICO launch each day. We live in a world where people are apt to utter, "I am a fan of forks." (In this case it was Brock Pierce, co-founder of Blockchain Capital.) A "fork" is when a new feature is introduced to a blockchain protocol, splitting it into two. (photo by A. Horrigan)

Companies sell tokens to investors to both raise funds and build a user base for their blockchain-based protocols and applications. An ICO investor becomes an owner of a digital asset, intending to either spend that asset in the future using the company’s application or sell it to someone else at a greater value.

*This is what exponential feels like." -- Joseph Lubin, ConsenSys

“ICOs are changing venture capital both in the way that funds are raised and in terms of the deal flow,” said Spencer Bogart, managing director of Blockchain Capital, which invests in blockchain startups. “Just seven months ago our ICO pipeline would have been pretty thin and equity would have been huge, and now it’s completely shifted the other way--and I think that trend will continue for the foreseeable future.”

The risks involved in ICO investing are high. Many have been looking for the next bitcoin, but “financial physics do apply in these markets--5,000% gains are not repeatable to infinity,” said Bogart. There’s a lot of “pumping” in the market and the fast growth “brings in a lot of bad actors.”

“Ultimately the whole industry is going to have to pay a price for a small subset of people behaving poorly,” he added.

To maximize returns on blockchain and cryptocurrencies, investors should be aware of three big hazards that could steer decision making in the wrong direction:

“Initially there were bitcoins and ***coins” said Bogart, using a swearword that rhymes with bit. “Then came Ethereum—probably the most successful ICO in the market.” As a result, “we now have a self-selected community of people who believe in ICOs.”

Many of the initial investors-turned-ICO evangelists have become very wealthy. Common sense suggests that listening to predictions from these advocates without sprinkling in at least a few grains of salt might result in throwing caution to the wind.

Along with the supercharged air of positivism, the nature of token offerings tends to change the way investors look at investing. “There’s a very big incentive to invest in something you may not believe in just because they want to give you a 75% discount and you can flip it in three months,” said Simon Dixon, CEO and co-founder of bnktothefuture.com. “You end up investing in things you don’t even think are going to succeed, simply because the liquidity is there.”

Some investors are giving companies too much before they’ve proved themselves. It can be a 4-5 year journey to learn to run a business well, noted Dixon: “If someone gave me $100 million when I first went into business, I would have spent it on all the wrong things. Giving someone new to business $100 million is just a really bad thing to do.” 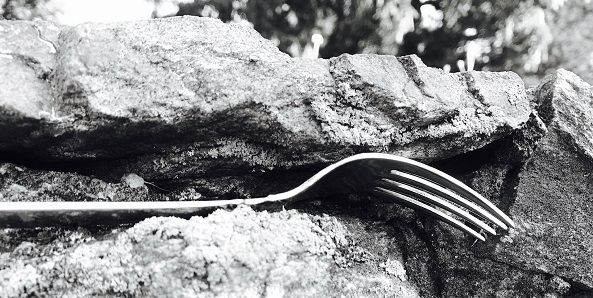 “There’s a very big incentive to invest in something you may not believe in..." -- Simon Dixon, Bnktothefuture.com. (photo by A. Horrigan)

Bogart sees real value in ICOs. Even his own company raised money with a token offering. “The token model helped us improve both access and liquidity to venture capital,” he said. Most venture funds will lock up your money for well over eight years and sometimes up to 20. With a liquid token, people can “exit their positions as they choose.”

In the United States, however, the application of laws to such easy access and liquidity is still uncharted. The Securities and Exchange Commission on July 25 issued startling, yet vague, guidance on ICOs, as reported by the National Law Review (and just about everyone else). But it is still unclear precisely when an ICO is considered an official “security” and therefore subject to established security laws.

The SEC determined that a “virtual entity”—a decentralized, autonomous organization (DAO)—can be subject to its jurisdiction when tokens are sold in the USA. Startups are well advised to see a securities lawyer who specializes in ICOs. If they don’t, investors are at risk of betting on a company that may not have done its due diligence.

Hazard #3: Lack of Adequate Information on the ICO

ICOs usually provide a white paper describing a business problem, the solution they offer, the underlying technology and the crytptocurrency being offered. But the information may not be enough to inform wise investment decisions. The basic information and disclosures the SEC requires of companies issuing securities may be lacking in an ICO whitepaper, so it is up to an investor to ask the right questions to gather the data.

In many cases, the ICO is not a bona fide blockchain technology solution. “Make sure what you’re investing in actually makes intuitive sense,” said Joey Krug, co-chief investment officer at Pantera Capital and co-founder of Augur. “There are a lot of projects out there that don’t.” For example, many ICOs aren’t paying enough attention to security: “Take security seriously--most projects don't.”

*Next up, learn how to tell the ICO opportunists from the visionaries. Blockchain Investing: Are You Looking at a Visionary or an Opportunist? *

Hi @futurehuman love the first part of your name xD

ICO's has been very hot indeed, Hazard#3 is very important. I like to look at new ICO's. Most of the time I read there white paper. And 95% of the time they do not even have a product or a prototype ready.

Honestly most of them do not have any value. I think this will end bad.

thanks @futurethinker! Interesting that you've found many white papers don't even have a prototype ready.

Excellent write up of the current situation. Some of the transformative potential is real and the hype is justified... and sometimes it's just hype.

I enjoyed your pictures of physical forks :-)

Thanks @matthewdaivd, I agree, a lot of the hype is well deserved because the technology has so much potential.

Another great article! Thanks @futurehuman!

Thanks @Steemrollin! There are so many articles to write...but not enough time!