Is crypto currency a real Currency or speculative game? 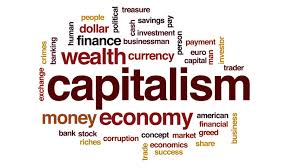 You may have many questions on crypto currency

You can have many questions but the industry is booming irrespective of much uncertainty behind the highly volatile industry. According to the business insider UK, the industry has passed the 700 billion US dollar on January 3, 2018. And according to Gavin brown, lecturer in financial economics at Manchester metropolitan university, 'it could take 10 to 15 years to enter into mainstream financial institutions and the infrastructures will deal with this shift of currency type. But it will need regulatory structure to this development.'
Therefore crypto currency is going to be on mainstream banking industry. Loans, financial securities, bonds, long term investment securities, government bonds, international money orders and transfers, insurances, and other form of currencies are going to be valued in tem of crypto or against crypto coins and tokens.

Is crypto currency a game or a serious investment? There is a saying which says “if you are going to live by the river get used to the crocodile”
The new crocodile in the new era of high communication and high frequency of information, it is going to be crypto currency. So make a friend with this crocodile, learn how to play with him and also know how to use him to your benefits. There was a conspiracy in the world that the demines built many of the world heritages, to me the value in the heritages is undeniable but the technique that those days people knowledge of how to use those creatures is much more mysterious and valuable. So let’s play with the upcoming change and have fun with the “chicks and gin”.
For me crypto currency is both a game and a serious activity at least for meanwhile. But eventually it is going to have heavily rules and regulations to enter into mainstream.
I don’t think a 700 billion industry is fake and which involves many million personalities in the world is a game as well.

But rules of the game 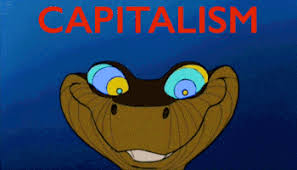 The school of thought in the capitalism was claiming that market has to be free to reach to its bottom and heights until it reaches into optimum price Vs quantity. But was there anything like that in the past centuries and arenas?
The answer might be highly controversial because everybody has different glasses of his own which he follows the world. But the real capital good emerging in the world is crypto coin and crypto currency. The price is determined by the volume and demand analysis for the time being. That is why many economic analysis towards price are most of the time correct but highly volatile against timing. Think about it a currency and a real capital good. So it is a serious game than a game alone.

Dear steemers be part of the revolution

So who is next and with what kind of new character

Average age of millionaires will decrease

But what is the fourth unique character of crypto currency revolution?
What will increase?📤📤📤

let the reader answer this question

Don’t be late to the party

Oxford dictionary defines the term late to the party as becomes aware or get involved in something long after others. But anybody who is reading this is not late because is at least a member of steemit. Take action to its necessary level of return is mandatory to be part of the group which will be carried by the revolution. I will call this revolution “currency revolution”. We are part the incoming society which will change the long lasting currency. So lets master this technique where you will get a million of dollars in a matter of days to months. So please please please get hold of this currency and get rich. Act like the riches because if you get serious about this you will never need a hectare of land like in the agriculture revolutionist. Likewise you will never need machinery for production or a sales warehouse like in the industrial revolution. Or you will never need a high bandwidth or don’t need to be a programmer like the information era revolutionist. Then what do you need to be a millionaire? The answer is clear using your mobile to be successful. So the answer to the question which i raised in the above section might be less need of infrastructure to be successful in this era. So this generation is much more lucky than its ancestors.
Let’s use the luck and the less effort that is needed to be a millionaire.

Lets chat on Discord (@Dawitnet#9139) on day trading if you are aiming your first millions this year. Very well done. I'm here for the long haul I believe. I can see crypto evolving the way people perceive money. Hopefully for the better. Good luck sir, we are all here with you!

Very welcome, and thank you!

Hello @dawitnet I am here to take this revolution in my profit. :) I am newbie here but I am in profit about 500% in profit with my investment. Only ten days in this world. I hope that this year we can make big money. Best from Serbia. :)

Beautiful. Can you share us your profit methods. Day trading or long term investment.

I am watching everyday youtubers that talks about crypto and searching coins that is undervalued on Coinmarketcap. Today I bought Social Send coins. I think that it will rise.

thanks for this @dawitnet.
hoping to make it big this year with cryptocurrency.

I hope you are going to be the next millioner

Hello can you tell, how that mobile will work to make you a millionaire?

Very simple my friend just follow the cryptocurency market live with your mobile in any transaction pots and make your sale and buy to make on time profit. Either day trade or invest

Then read my other blogs and @haejin

hell yeah, let the revolution begin! I am one of those people well on my way to becoming a crypto millionaire! we are all here early enough, we can all be in the same group ;)

The @OriginalWorks bot has determined this post by @dawitnet to be original material and upvoted it!


Please note that this is a BETA version. Feel free to leave a reply if you feel this is an error to help improve accuracy.
$0.00
Reply
[-]
resteemable (50) 4 years ago

@dawitent, I think that blockchain technologies will continue to change the way we look at communication, education and financials.

We have scratched the surface of what can be done. I am long on cryptocurrencies. I look forward to seeing where the ride takes us.

I don’t think you answered the question about whether or not it’s an investment. I don’t think is should be considered to be anything other than a gamble. Wall Street types pass that off as investing.

That is why it is speculative. And you did miss to upvote.

I clicked upvote. Maybe it didn’t work because the post was already past the 6.5 days old? I’ll upvote one of your newer posts instead.

thanks to: @dawitnet.
For more information, click here!!!!
Send minimum 0.100 SBD to bid for votes.