Effect Network: AI Gets Even Closer 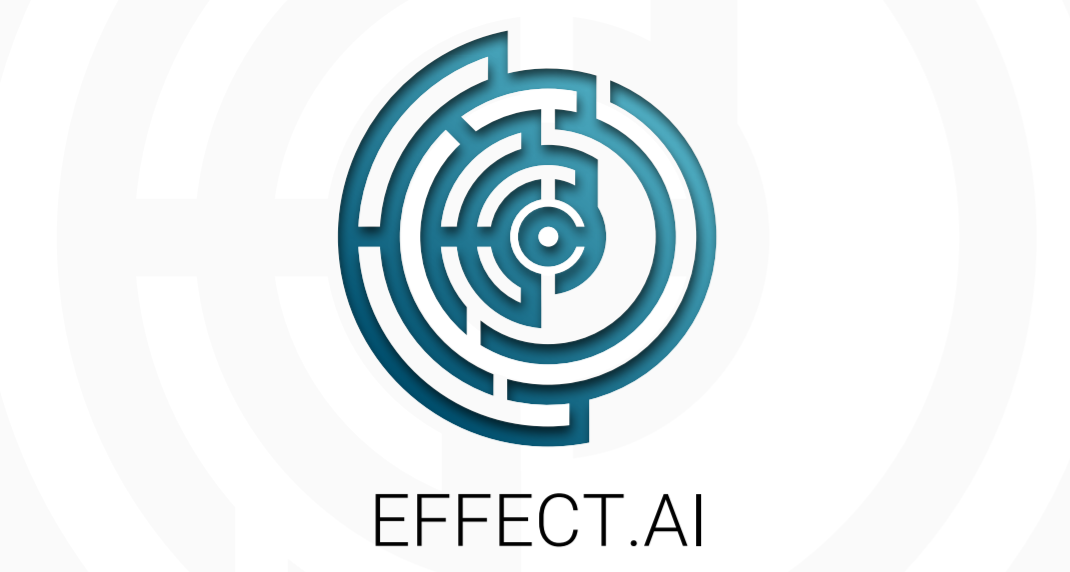 Hi guys! Remember these science fiction films about the future shot like 10 years ago? Many of you don’t even think that thanks to modern technological achievements one can say we live in the future now. Such innovations as Internet of Things, Artificial Intelligence, Blockchain etc. become an integral part of our everyday life without us even being surprised. Artificial intelligence is being applied more and more often (for example for recognition of people on photos, in smart cars). However, this is only a new sphere where many problems still have to be solved. Different systems, even the highly intellectual ones, need human intervention and are exposed to failures. Besides, in order to ensure correct operation, artificial intelligence systems need big amounts of data. This is where decentralization can help as it provides the opportunity to obtain more data from all the participants of the system. In addition, only selected companies are engaged in the AI systems development which hampers the development in this sector. One of the team working at solving these problems is Effect.AI project team. Effect.AI aims at creating a decentralized ecosystem with the use of AI. Read ahead to find out the advantages of the Effect project, why it’s of interest for me and why I think this is a good idea for investing.

Effect.AI is the project that will make you stop thinking of the AI as of some far technology accessible only for several “big minds” in high tech laboratories. According to the team, the network being developed will provide all range of opportunities connected with AI that were never offered before. These opportunities will be implemented in stages and are divided into three interconnected phases. Development Roadmap for the Effect Network

Just in brief about these stages (for more detailed information, see the Whitepaper):

During these two phases the data gathering and AI algorithms usage will be being decentralized. However, the computation itself will be distributed only during the third phase:

As you see, the idea is really comprehensive and capable to fill all the gaps in the modern AI sector.

For all the operations in the network, special EFX token will be used. In order to raise money for implementation of this huge project, the team launches a token sale on the NEO platform. For this event 40% of tokens will be allocated, the soft cap is 4,280,000 euro, hard cap is 14,820,000 euro. The contributions are accepted in NEO and Gas. See the table for details. 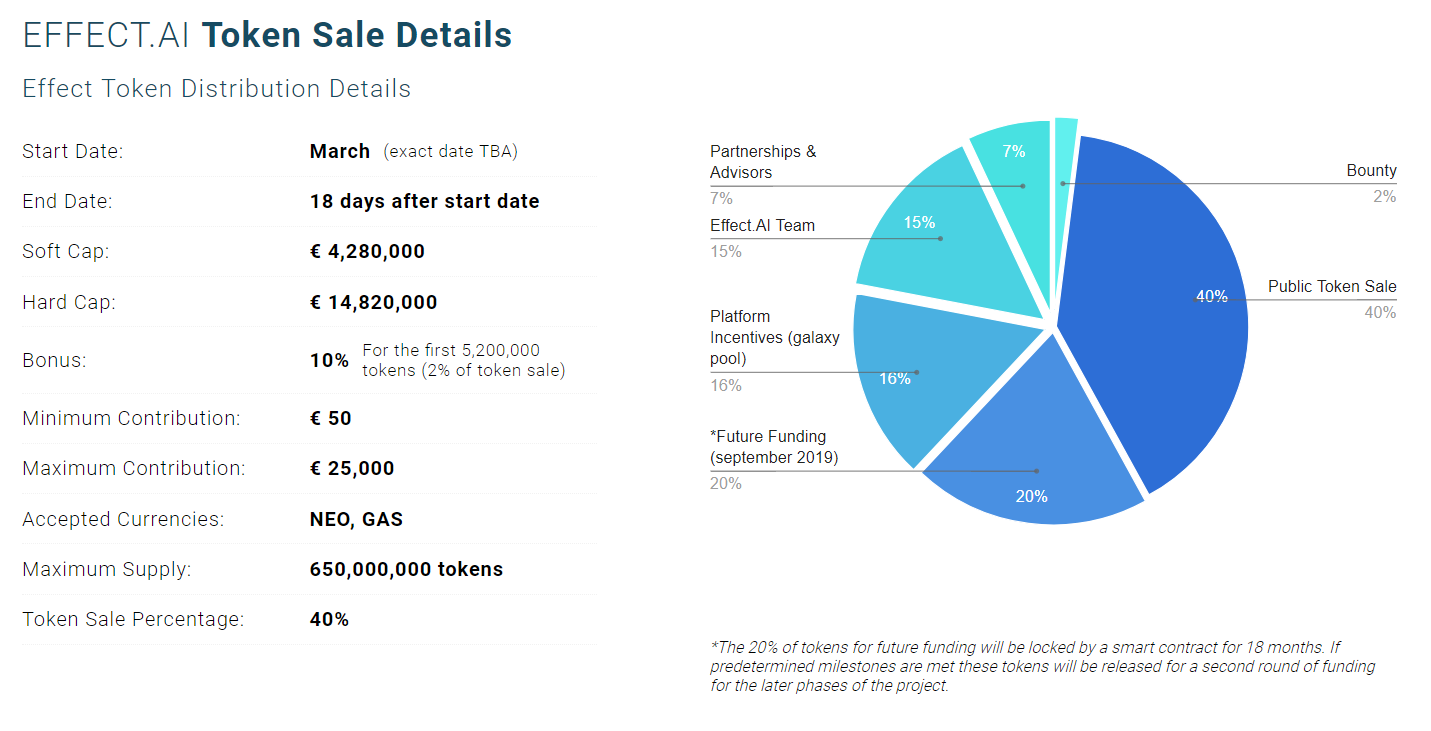 The reasons why I personally consider the Effect.AI to be a good idea for investing:

Please consider this to be only my personal opinion, I'm not a financial analyst, conduct your own research.