📢 [ANN] RuDEX is Launching a Gateway For Peerplays 🎲

blockchained (68)in #blockchain • 5 years ago (edited) 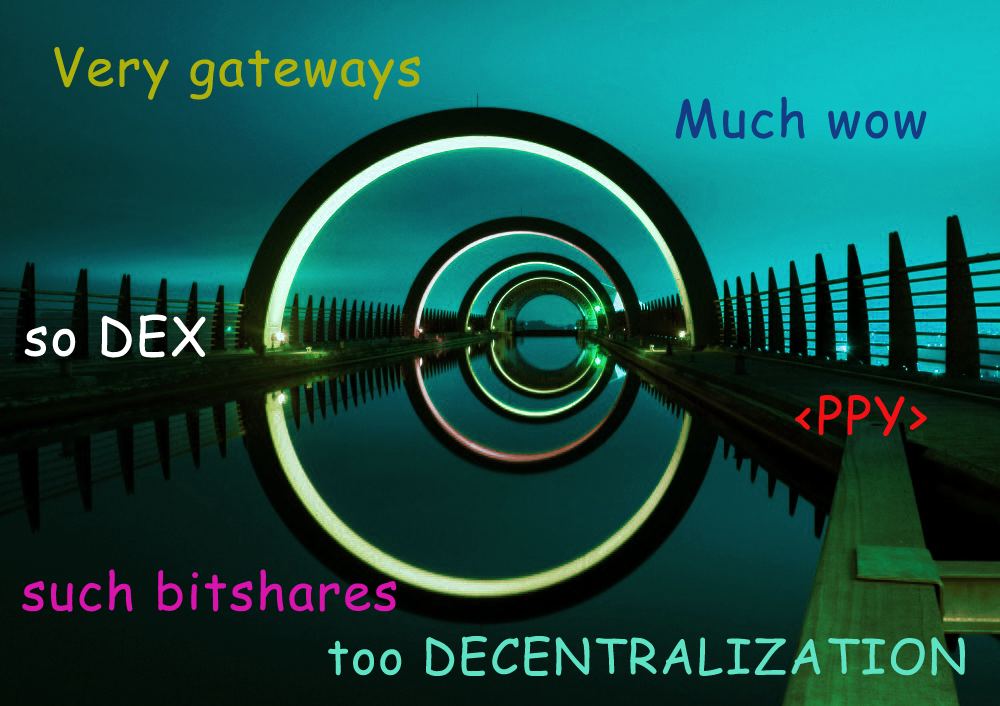 During the work on our fiat gateway we’ve came to the conclusion that the same tools can be used for cryptocurrency gateway. Since we’re enthusiasts of Graphene technology we’ve decided to begin with Graphene based chains, and Peerplays gateway will become first of such gates.

In creation of our gateway we were aiming to allow the community to easily do its public audit. If you’re keeping an eye on those things, several weeks ago we’ve registered PPY ticker on Bitshares blockchain.

During design and implementation of the gateway we were trying to solve the following challenges:

Amount of PPY on DEX will always be the same as the amount of PPY in the gateway’s wallet on Peerplays blockchain to fulfil the criteria of correlation between tokens in the wallet and IOU’s on the DEX. The gateway is set up in such a way, that it is possible that there are less UIAs on the DEX that there are in the gate's wallet, but can never be more. It means that you can always be sure that money don’t just appear on the DEX out of thin air. Here is how we achive this:

This way an amount of UIA PPY tokens is always the same as amount of funds on our gateways’s wallet. For Peerplays it is ‘rudex-gateway’ account.

AUDIT:
In the future audit of our gateways will have a separate section on our website. Right now you can use the following services for audit:

Our aim was not only in giving people a handy instrument (we’re working on making it open source), but also increase decentralization, because more gateways on the DEX means lower centralization around one gateway.

One of the differences of our gateway from currently existing is that as a Graphene ambassador we’re setting the market fees for chains that use this technology to 0%.

And to give you an ability to transfer your tokens when other gateways are experiencing technical difficulties, we’re planning to launch a cross gateway service. Still it would be impossible to transfer out more funds than what exist on the public account of our gatway on Peerplays blockchain.

In the future we’re planning to create similar gateways for other Graphene chains. After completing the public test of the gateway (approximately in two-three weeks) we’ll send a pull request upstream, so our gateway would become available in all other wallets and web-interfaces of Bitshares.

It is possible that in time we’ll create gateways for such coins that, in our opinion, would be interesting to the market; but for non-Graphene chains some low market fees would be set.

DISCLAIMER: Due to the limitations of memo format on Livecoin exchange, it is currently impossible to transfer PPY tokens from Livecoin to RuDEX. To complete a transfer we recommend using any of the Peerplays wallets.

Awesome, will vote for your witness. Thank you for your hard work!

Great service. Of important note here should be 0 (ZERO) trading fees on the PPY vs 0.2% on the gateway setup by Open Ledger.

Sounds legit love the break down keep up the good post!

Good job @blockchained and thanks for the article.
Upvote, resteem and follow.

Nice, we need these tools to take Graphene to the next level!

This is great work. Thank you. I love rudex.

This is a great initiative, go for it, I will look into voting for you. Keep up the great work!

really nice dear...you have a great future on steemit

I did some early beta testing and trading on this, as well as transferring in and out, and it worked perfectly. Now we just need some more volume.

@blockchained after reading this post, I am getting A FEELING THAT THE FUTURE IS HERE. Keep it up!

Interesting post @blockchained. So much infomation to learn for me as well. I am new in all of this, so I´ve to take slowly. Thanks for this information and Greetings! :)

It proposals are highly promising. We hope to see them come into reality especially 0% market cost

It's all over my head, like learning a new language...but resteemed so I can find it to read again and let it sink in...