The Blockchain And The Society - What Revolution Can We Expect?

aashishkandel (58)in #blockchain • 5 years ago

Blockchain is not a newer topic, it's been there for years, but it's getting more popularity these days. So, in this article we are going to discuss what blockchain actually is, what benefits does it bring, and what consequences will it lead to the society. 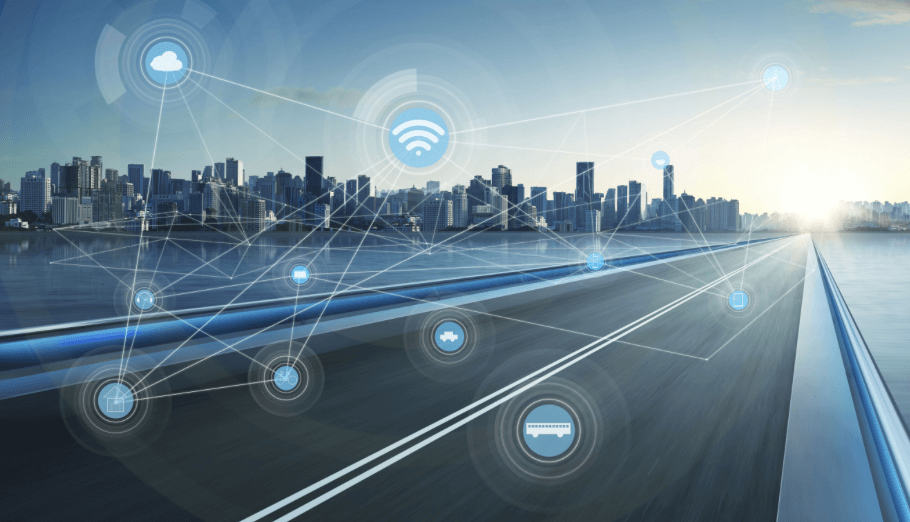 What Actually Is A Blockchain ?

a digital ledger in which transactions made in bitcoin or another cryptocurrency are recorded chronologically and publicly.

Okay, let's dig through the definition. It's a distributed database that keeps the record of every transactions involving value. It could be money, goods, property, works, votes and also in the case of steem blockchain your posts, comments, upvotes, dowvotes and every activities you make here is recorded. The database is open so that it maintains transparency. Remember, it's a long chain of blocks that is continuously growing and you can't alter the chain going through some points in the past. If anyone tries to go to the some point in the past and alter a block, then it will alter all the blocks since then. Since there are many peers of blockchain on a distributed system, we can see if any of the blocks have been altered. So, it will be very harder to alter or break any block in the past. That is why we say, a blockchain is immutable or unchangeable.

How The Blockchain Works Under The Hood ?

The very simple theme here is that it works as a system where records could be stored that could be verified by anyone and security is guaranteed. That's why no one can alter the system by editing because everyone using the system would be watching. Blockchain stores information across the network of personal computers making them not just decentralized but distributed. This means no central authority owns the system, yet everyone can use it. The people who run the system holds bundles of records submitted by others known as blocks in a chronological chain. The blockchain uses cryptography, which is a form of maths used in solving codes, to ensure that records can't be altered by anyone. Digital coins like bitcoins, ethereum, steem etc uses their own blockchain by tracking records of ownership over digital cash so only one person can be owner at a time and a cash can't be sent twice.

I hope you get the clear picture from this picture :) Bitcoin Is Not A Blockchain

Many people might already know about the bitcoin. It's simply a digital money that you can send and receive online. But, when some people hear about the blockchain they confuse blockchain with bitcoin. Well, blockchain is a technology, it's a distributed system, but bitcoin is a cryptocurrency which runs on a blockchain. Blockchain is not only limited to bitcoins and other cryptocurrencies and this is what you have to keep in mind. We will talk about applications and use case scenario of a blockchain and how it's going to bring a revolution to the society in the later part of this blog. 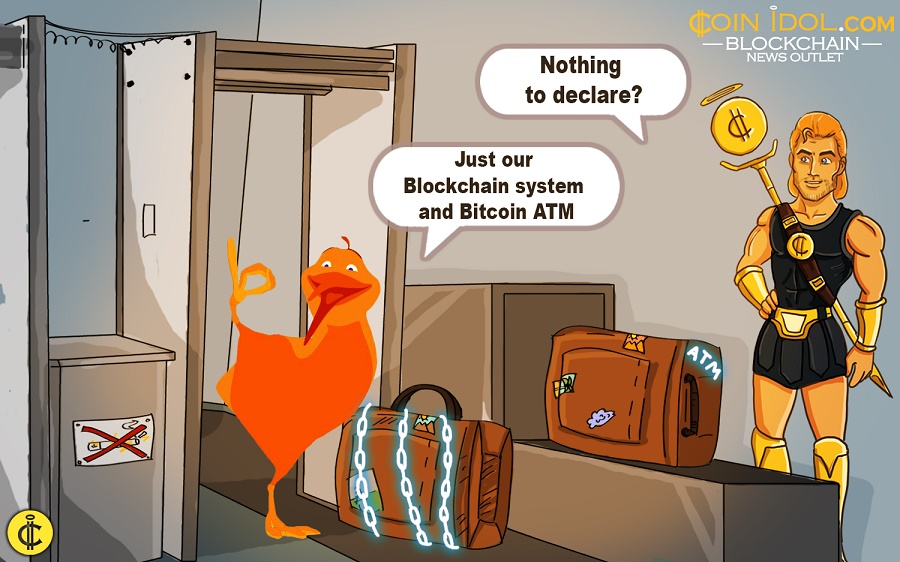 What Revolution Can Blockchain Society Bring?

Cryptocurrencies like bitcoins, ethereum, dash, steem etc is just the beginning of a blockchain revolution. In the future, we can see blockchains that manage and verify online data which enables us to launch companies that are entirely run by algorithms. The future global economy will move towards one of the distributed property and trust where anyone access to the internet can get involved in blockchain based transactions and third party trust organizations are no longer required.
The uses of blockchain technology are endless. Some area that we can see blockchain being used in the near future are as follows:

Blockchain The Second Era Of The Internet

Today we rely on all source of institution that exists as third party authority to maintain sets of records. That role as a third party is no longer necessary with the introduction of a blockchain society. We can do transaction without having to trust any sources, thereby there will no longer be high fees for the transaction. And also, it is more reliable and secure because it is distributed on a open ledger and anyone with the internet access can easily view the records and not intercept it.
Blockchain is a network, unlike networks we see today which are centralized, it's a decentralized and a distributed network. Today, this is actually possible that you can digitally sign the transactions or other kinds of information so that you prove to people that you actually signed it. This is much more secure than the signatures we use today. There's going to be a lot of innovations in the blockchain based technologies. Can you just imagine the next generation banking network that's resident on a phone, that's decentralized, distributed, based on a digital token or digital assets that's not issued by a bank or the government? what do you think... will government, financial and legal institutions embrace blockchain? Can we build the trust worthy blockchain society?

let me know in the comments :)

For more information about blockchain and it's impact, I suggest these references : 1, 2, 3

To know more technical on how blockchain/ or bitcoin works under the hood, see here )

Blockchain is as significant now as the internet was 25 years ago.
~Thomson Reuters

feel free to ask any questions if you have any confusions, and don't forget to upvote and resteem this post if you wish to spread knowledge.

Congrats you have been selected as Author of the day by the Steemvoter (SV) Guild, keep up the good work and helping make Steem great!

Note: You should receive many guild votes in an hour or so, enjoy!

wow! it was a nice read and a great article :)
I, as a relatively newbie in this field, feel this so much interesting and exciting. I feel one day we will have a true blockchain society where everything is transparent and also no one should rely on third party and their security is guaranteed.
Thank you for this great article and I, as a non-technical, am getting the true meaning of blockchain now :)
Going to resteem, sharing is caring :)

thank you Deepa, thank you so much!
I am glad that I could help you :)

This is very informative. Thank you for sharing this. And yes! I believe in time, blockchain with be embraced by everyone. Its capability to make everything effiecient is limitless

thank you for reading, understanding, and believing :)
yes! its capacity to make every efficient is limitless :)

Yes, you are really really talking. You making the outside world your audience, you are making your post your voice and that is really the ultimate goal. People can search google using search phrases and find this very post!

yes! I have realized what you taught me in our conversation :)
I am not only making steemians as the audience, but anyone with internet access. And I am so happy that my post is top on the search list when I typed "what revolution can we expect from the blockchain society ?", I was also on the third position when I searched "the blockchain and the society".
I am going to make a post on making the outside world as audience so that everyone would do the same :) 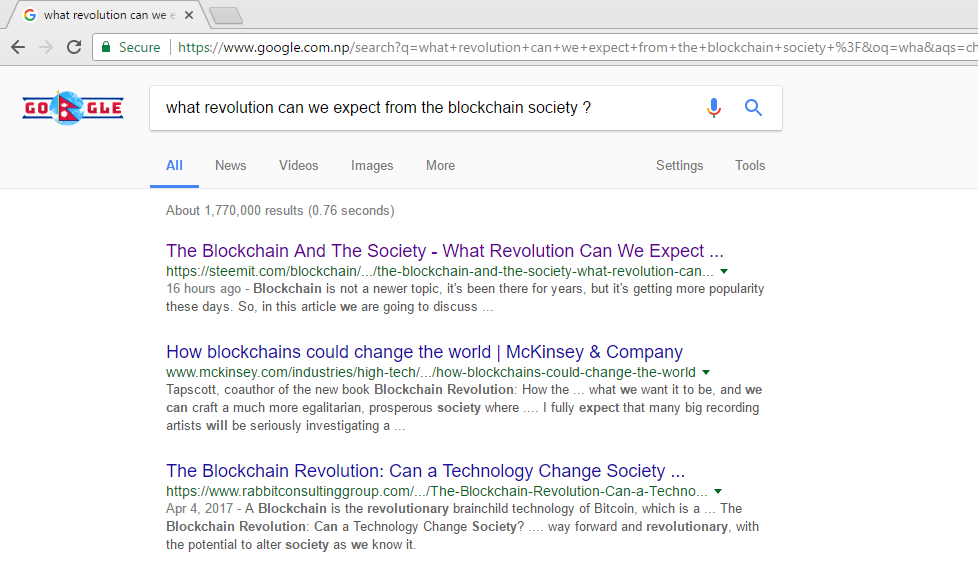 for one thing...it makes banks obsolete.
for another...it doesn't empower gubment much.
so...do the math.
do you think the elite will like it?

yes! it will make the banks obsolete, and also government won't like it much... but I still think that will change with time, banks will find a new way to offer services through decentralization, the same may happen with government. I don't know about elite, but I am sure people will like it :)

what is not mandatory is prohibited.
no..the government won't like it much.

I heard government doesn't even like cryptos,
but are still growing :)

Nice article. Your right and this technology is going to be huge. Bitcoin and Steem are just the beginning, there are very far reaching applications.

yes! I can see a lot of applications build on top of decentralization in the near future :)
It has already been started tho :)

thank you :)
hope you learn and share knowledge :)
sharing is caring :) :)

Blockchain is definitely here to stay,but will it be used or abused? No one knows. One thing I really like about it,is that it's scares the SHIT out of the Governments,and that is a GOOD thing!!! :)

I hope it will be used for the good, and also there are so many potentials as a blockchain society. Even large industries and tech companies have started to interest in blockchain and distributed technologies. And, yes! this is all transparent so government are scared but that's a good thing as for a citizen :)

thank you :)
I am so glad that you read and liked my post :)

Very well explained my friend. I think many users will be able to learn from your post on this topic - They are all new concepts and there were some that I did not know. Thanks for sharing

you are welcome :)
I am glad you like it!