Bitshares the older brother of STEEM at All TIme High (Vote for New Exchange to Add it!)

Since i always believed BTS is undervaluated i have been writing from time to time about this coin and technology there.
Due to big number of new followers coming to me everyday short reminder:

BTS and STEEM are both based on Graphene technology and BTS was the initiator of the final codebase that let STEEM to be built.

This is why people from STEEM should also look on Bitshares and other projects on Graphene (about this maybe another time).

Worth to note that its Asia that drives most volume and traffic.

OpenLedger is internal market built on BTS - a decentralized exchange.

STEEM SBD ETH LTC is there to be traded and a lot more.

Bitcoin Wise Still Not There Yet Since opening candle (2015) is often misleading i would go by the third and saying 0.0001BTC+ is the ATH, but BTC was way lower back then. So we are in over half way to get there or above.

Rememeber the action on twitter to get STEEM into new exchange? Now BTS is in poll for another one. Lets give it a hand!

Now BTS has a chance to get new exchange - HitBTC. BTS is killing. To the moon!

A Chinese exchange chbtc had open BTS exchange today, guess this is a big impact on BTS price also.

Not too long ago I used chinese exchange website (bter), but there was problems with withdrawal almost for all. Support was terrible. So, after some time I find solution to withdraw my btc with other unknown cryptocoin.

Chinese government regulation things. they stop the coin withdraw for bitcoin and litecoin. from feb to june.

I've lost coin on bter, I classified it as a scam exchange, worst than yobit. Never again.

My favourite fees are no fees.

Definitely one to watch.

This will be huge however I believe in Steem for Longevity...thanks for sharing

Nice sharing! Yes, exchange is really a important issue for steem. I believed that steem will raise rapidly if the exchange number is increased. Thanks for your post and information!

You're not the only one.

I kindda regret that I divested all Bitshares and put it in Steem 4 month ago. Steem performing very well to, but better to be diversified.

Nobody can tell the future so dont regret :)

Hi there, Ive read that Graphene tech is capable of very high tx/s (in the 1000s) Is there any data that shows the max tx/s for graphene?
Thnx

@clayop did tests, maybe he jumps in and says, if not ill dig up the info

BTS can sure get to 200 million in volume within the next 24 hours. I have a feeling BTS will get to 25 cents by then end of this weekend

Yeah volume and price is getting crazy

Why do you prefer graphene biased coins? @kingscrown

I love many coins but graphene has one upper-hand - low fees (on STEEM none) and super fast transactions with huge numbers per second.

Didn't know about the relationship between BTS and Steem. Thanks for sharing. These are interesting times for the cryptoworld indeed. Will need to do some further reading on this.

Bitshares is so powerful... when people will realize its powers, it will create a huge tidal wave there too! Thanks for giving exposure to its presence. All for one and one for all! Namaste :)

Can you explain bitshares and why you feel this way?

Combine the idea of a fully decentralized trading platform with a token, like the Steem, used as a crypto-currency. You don't have any middleman in this paradigm and it is also powered by the Graphene technology. It is the same crew who invented Steem who is behind it as well. That's why we call it either the Big Brother of Steem or simply its Grand-Father. From what I just saw, the tidal wave relating to Bitshares is starting... Enjoy the ride! Namaste :)

Thanks will start looking into it! ;)

Good for you, good for us all! Namaste :)

Nice one kingscrown, any downside to the graphene tech?

I dont know any right now :)

Hi there ,do you want to follow ALL THE BEST NEWS & VARIOUS POSTS on

the web ? Follow me and you'll receive my daily & quality posts ! Thank you ,see you later STEEMERS !

What price should it be good to buy in at? Will there be a drop soon?

Nice post, great sharing! I like the point you point out, especially that you had made list of figure and graphs as the supporting of your find out and research! And yes, I think coins value will be keep going up at the future and it would be the world trend! Thanks for your sharing!

Great article king, i feel that bitshares and steem are both great products and will be both heading upward from here on out.

Interesting, I'm curious though, are there any other cryptocurrencies with a social media network like Steem? New, old... anything?

Started following you and upvoted, thanks for the info... Been using it for over a year and absolutely love it!!! I was using poloniex for fast trading but after they have locked me out numerous times with a lot of my money still in, I Only use openledger now... And waves exchange but only because I was in their ICO.. Sign up and I will send you over 1000 Brics! http://bitshares.openledger.info/?r=christoph3

sorry man. someone else got to the twins first on ref link to openledger. love using it. how about you sign up to the free altcoins they got going on for flashcoin.io and dash (#freedashwallet on twitter)? then you can exchange or hold onto them.

I definitely have flashcoin and dash but sounds like a plan! Thanks for the heads up! BTW where do I exchange those flashcoin? If there is something on steemit then I am game, I only use twitter to send steemposts in hopes of destroying their social media gossip! lol :p

lol i se u also got ur free fifty flashcoins from the airdrop?

I heard you can change those flashcoin when it get introduced to bittrex next week. let me check the link from the guy who was airdropping those flashcoins on steemit.

I believe in STEEM aswell, so many opportunities for the future

Bitshares are HIGHLY UNDERVALUED and will absolutely go to $1 dollar very soon. Just look at their website and all of the products/value they offer! Their team knows what they are doing and they will definitely stand out when money begins to flow into cryptos by the tens of billions. IM LONG BITSHARES.

Wow, lucky are those who holds BTS when it was cheap. Thank you for sharing this one, is it still going to climb? I am deciding to use my 40+SBD to buy some and hold on to it. :)

Awesome post! the original reason I bought some a long time ago was to loan on Poloniex! sure glad i did that!

Thank you for posting this information about BTS, I've been wondering about it and this gives me a better understanding!
please upvote,reply,resteem and follow @victorvazco thank you, you're awesome!

Most certainly there will be a downturn but the long term trend is looking good. Nothing else can do what BitShares can,

Hi!!!nice to meet you!!thank you for your sharing.it is a great post.i hope you can keep going to do it.i hope you have a nice friday.

I believe in steem and think its a awesome site

Bitshares looks really promising. I jumped on it this morning just in the massive dump. And I already made good profits :).

I did not noticed bts, yes, now chaina dealing this one as one of the best coin in china. in china has 20 coin exchanges, now they re small but soon it will be very big. chinese want to buy some coins with small amount. now china trading volume is almost same as korean

very interesting read for a Crypto Newbie. Resteemed and voted.

Voted for BTS. Do you think positive growth of BTS will also positively affect Steem?

I will vote for bts.

I love BTS and I have felt that it is hugely undervalued. It should be at a $1 or more...I think it will get there.

I always think we should keep some of all kind of cryptocurrency at it's beginning. We never know which one will be another BitCoin in the future.

WOW so open ledger is Our exchange?? And bitshares can be used on open ledger to buy all the crypto currencies on polonix or bittrex yet or no?

wow so one day will we have our very own altcoin market built into steemit using bitshares!!?!

Hello @kingscrown ! I'll share/resteem all your posts if you can follow me and

resteem too my future posts ,you're the best ,thank you and hope we'll

help each other ! I wish you have the best posts !

thank you for sharing...upvoting and resteeming to get the word out

Congratulations @kingscrown! You have completed some achievement on Steemit and have been rewarded with new badge(s) :

Which coin you’d like to trade on HitBTC? Say your word, meet new coin next week! @Ripple @stratisplatform @_bitshares @factom

Cryptocurrency is currently is in the best trend; which coincidentally is the worst it can ever be. Welcome to the new financial era

Thanks for the informative insight! Can you give advise on how to buy BTS? I use coinbase to buy bitcoin, but not familiar with other exchanges. Thanks, John

So the voting continues? I have noticed that crypto prices of different coin often follow each other, Good for BTS, good for steem?

Starting to believe in BTS

I haven't seen any indication that "smart money" is buying Bitshares.

Bitshares is also cool because #zappl has been created and can be traded on Bitshares.

Some more insights on Graphene would also be great. still a noob there ;)

I tried BitShares a while ago and was slightly underwhelmed, should I give it another chance?

I have a problem 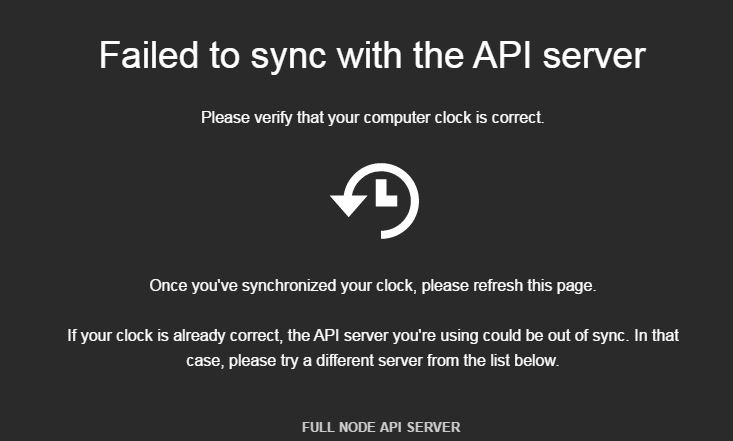 I synchronize time on my computer and I choose a difrent node but this not this didn't help.

Thanks for this post. I did not know the correlation of Bitshares to Steem. Will now consider it. Really love the spirit of the Steemit community. Thanks again

Wow, what do you think about Lisk though? https://steemd.com/cryptocurrency/@mar71n/lisk

interesting article thanks for sharing!

Some much to learn but I have a feeling that BTS is going to be huge :)

Noted and Voted. \m/
I think I need to do more research about BTS.

Nice post, great sharing! I like the point you point out, especially that you had made list of figure and graphs as the supporting of your find out and research! And yes, I think coins value will be keep going up at the future and it would be the world trend! Thanks for your sharing!