A brief history of the Bitcoin block size war

I've already made some posts on this topic; there is currently a schism in the Bitcoin community - although most Bitcoiners have common visions, there is much hostility on how to deal with the current capacity crisis. Currently the community is divided, I call one camp the "small-blockers" and the other block the "big-blockers". Although I'm trying to keep this objective, it will probably shine through that I'm a moderate big-blocker with a preference for the SegWit2X "compromise". Here is a brief history of the attempts on getting the block size limit increased:

After the SegWit2X-initiative was dropped, the propaganda efforts from the small-blockers have mostly been targeting "BCash".

To me, it seems fairly obvious that Bitcoin has failed. Rather than supporting it, we should try to agree on what crypto currency hold the most potential as a successor leading crypto currency and unite on it. I'm not at all sure Bitcoin Cash is the right solution.

REALLY don't understand why this post isn't a top post on Steemit, very well done. Would suggest a few edits tho:

#1 Definitions: somehow we got lost in some terminology... we'll have to read this again to figure out who "small blockers" are, what "UASF" is, and the type of people who represent "Core". Maybe more solid examples? We remember Coinbase founders favored XT and didn't win, but who are they in all this? Core? small-blockers?

Makes us wonder which things Szabo supported. It's past it's "earning" date, but our article "did Nick Szabo..." is about uncovering more evidence on Satoshi Nakamoto, and since we think he's at LEAST 1/3rd if not 100% Satoshi, we'd be curious where he stands (he's iffy on the "difficulty" algo inside bitcoin, which is interesting!). Anyway, check out our article, as we are birds of a feather who like crypto-history.

#2 Simple typo you can edit out:
"Bitmain was using some patented "covert asic boost"-method for mining faover other minerster"

#3 More please!
in the comments, can you post what you think are your top candidates for becoming the transactionally-top cryptocurrency, given what you know about the history and the players? Noted: Charles Lee of Litecoin fame seems to favor Bitcoin Cash these days, but obviously he's ALWAYS been transactionally-minded or he wouldn't have created Litecoin and pushed hard for Segwit and Lightening. Ironically tho, he's ALWAYS ALSO been the guy identifying bitcoin as "gold", which maybe means he's always supported it as such. If he now favors Bitcoin Cash, is it because he's INDIRECTLY shilling for Litecoin, as in Bitcoin Cash would be weaker than Litecoin so he'd win? Or is he legitimately pulling for BCH out of goodness of his heart? Charles Lee also never admitted how much bitcoin he owns, and now that he's sold all his Litecoin that becomes more important for his overall integrity, no?

Our opinion is that the candidates are the following:
bitcoin, BCH, ethereum, NEO, PIVX, bitshares/Eos
and have reasons supporting each we won't get into at the moment to keep this comment smaller than it's already gotten.

going to reread this now.

Re #1 above, the "small-blockers" vs the "big-blockers" are a quite central thing going through all of it. I have tried explaining this concept a bit better at the top. I think this phrasing is the most objective and accurate. I haven't seen writings from Szabo hinting on where he would have been in this debate, but that doesn't mean such writings doesn't exist. The coinbase CEO is a moderate big-blocker I believe. UASF is just mentioned in a bullet point, I've tried explaining better in that bullet point what it is and why it's dangerousl

#2 - thanks for that one. On one of my laptops I have a very sensitive touchpad, while typing normally on the keyboard it often registers a "click", and my text ends up somewhere completely else than where it should be. I've tried to fix up..

#3 ... here I get most of my hints from my local crypto currency trading activity, being a market maker for converting bitcoins to and from bank payments, cash and gold locally. Most of my customers still wants Bitcoins, but the typical questions of the day is "can you transfer it to binance?" and "what altcoin would you recommend buying today?". People buy bitcoin just because it's the most common "jump coin" for buying other cryptos. My ether trading volume is increasing for every day, that's the second crypto people ask for, and it seems like it will soon be number one. It's used mostly for the same purpose, moving funds to binance ... though some people hold it as an investment. I thought Bitcoin Cash would take over, but, no, I have very little trading activity on Bitcoin Cash.

Regarding Charlie Lee, I haven't checked him out. I may be quite biased since I get a fair amount of information from the toxic r/btc sub on Reddit. My perspective is that the true vision of Litecoin was "let's get rich". As I see it, Litecoin was just a clone of Bitcoin with no real value proposition, some parameters were tweaked, but no big deal. "If Bitcoin is Gold, then Litecoin is Silver" is the saying ... but what kind of value proposition is that? In reality the crypto currency space got inflated - and I'd say we're experiencing a real run-away crypto currency inflation now, there are thousands on thousands of different crypto currency projects each having their own token, and people spreading their money all over the board.

In the Bitcoin space, Charlie Lee is a strong small-blocker - and that's of course the best strategy ever for promoting Litecoin as a "silver". He also sold all of his litecoins to avoid a "conflict of interest" recently, while it may seem like an admirable move ... for me, crypto currencies are to be used and not just hodled, and I'm a big supporter of the "eat your own dogfood" principle. Of course he also cashed out at the all time high ...

yep, reread the post, and still don't understand the "Definitions" i listed above. UASF and "small blockers" sorta comes out of nowhere, but maybe we need to go back and read one of your earlier posts.
Still think it best to edit some explanations for each term.

Also, which forks would you have supported? Seems like you're a Segwit2x guy?

Also, which forks would you have supported? Seems like you're a Segwit2x guy?

I supported XT, Classic and Bitcoin Unlimited, and I did support the Segwit2X initative.

There's another alternative:
In the near-term the BCH fork creates/created two viable coins.
BTC is used like gold, sparingly, with high transaction costs and low # of transactions mostly of large $ size.
BCH becomes the medium of exchange, especially small sizes.

This can come about bc the miners will be drawn back to BTC anytime the price is high, and then they can collect not only high fees but high payouts for mining. There will be an ebb and flow to both coins, as miners TRY to support BCH when BTC price falls, but keep getting drawn back when BTC rises via outside means.

Longer term:
Our take is that something will change with Coinbase fully accepting BCH in late December 2017. Large institutions will likely continue to favor BTC as the transactions costs are negligible, whereas the minnows will put money into BCH and whatever coin doesn't "mining-fee-to-death" their balance.
So THEN the question becomes, who's bigger? Institutional crypto investors doing $100mm at a time, or leagues of smaller minnows at $1,000 and $5,000 per punt? In the beginning, we think institutional is bigger, and we saw that with the rise from $5,000 to $19,000 at the end of 2017. But eventually the rise of crypto prices will draw in minnows which drown out institutions, and this will favor BCH as well as low-mining-fee altcoin alternatives to BOTH BCH and BTC. In the end, crypto currencies which can climb high without high mining fees, will win. Which ones are those? 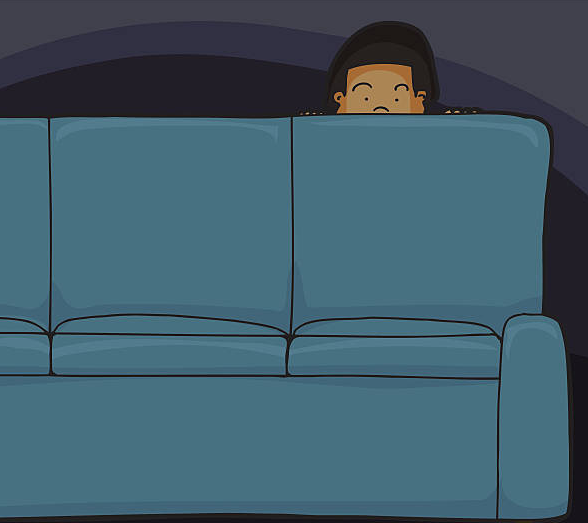 Thanks, that was very informative.

Informative and also the style of writing is simply awesome, it seems like you reading a story.
Good work, I follow you 👍

i think bitcoin very nice for all...
i read your history...
i think somedays rising all coin...
but, Will this be good if we fight this?
thanks for sharing great post...

Thanks for commenting on my comment, it led me to your blog to find this fantastic article. Following.

Good FRIENDS are hard to find, harder to leave, and impossible to forget Lovely Can you follow me @abdsamadsakhi

DON'T let the past hold you back, you're missing the good stuff