Everybody is hooked on to Amit Bhardwaj’s latest Book, “Cryptocurrency for Beginners” 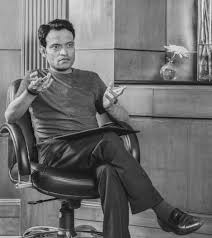 He is building an ecosystem of products on Bitcoin, Blockchain and Cryptocurrency. He is one of the early believer of Bitcoin in India and have also invested in many first generation entrepreneurs here. Being an optimist he always strains more on the journey than the target and changing lives while doing so.

According to his LinkedIn profile, Amit Bhardwaj is the founder of GBMiners, which he founded in October 2016. He is also the founder of AmazeMiners, an alt-coin mining company, since December 2016. Gainbitcoin is another firm where Bhardwaj is the CEO and operates a cloud mining service, according to information on its website. HightKart, one of India’s first Bitcoin-based e-comerce sites, was also founded by Bhardwaj, but it shut shop in early 2016.

Bollywood is really excited with Bitcoin

Celebrities have found the new age currency quite fascinating. Shilpa Shetty, Raj Kundra, R. Madhavan, Huma Qureshi Neha Dhupia, Vir Das, Nargis Fakhri, Prachi Desai and many others have joined the bitcoin bandwagon. Looks like they all want to grab the opportunity to learn about Bitcoins, as they have been quite busy reading the recently launched e-book from Amit Bhardwaj – Cryptocurrency for Beginners. What’s more? They have gone ahead tweeting about Amit’s e-book on social media. Some of the highly trending tweets from the Bollywood community are: 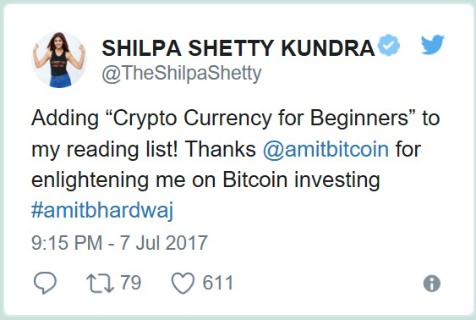 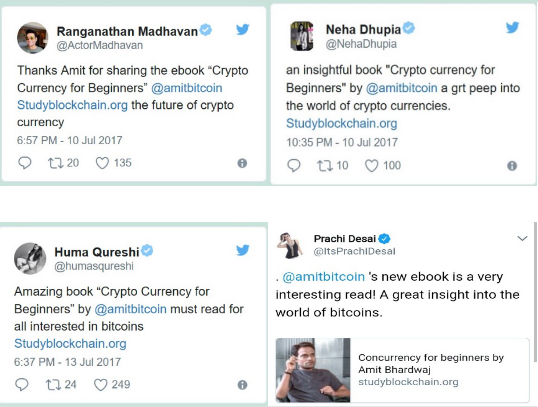 Is it not exciting?

Do you want celebrities to join Steemit soon?

Submit
$7.06
20 votes
14
Authors get paid when people like you upvote their post.If you enjoyed what you read here, create your account today and start earning FREE STEEM!
Sort Order:
[-]
rahulsingh01 (30)  ·  2 years ago

Always nice to see bitcoin going mainstream and everyone starting to get interested in it. I look forward to the day some celebrities will know about steemit and start posting on here :)

but it celebrities joins it will be like making the rich richer..haha

Whoa that's cool. Of all things, I did not expect there to be such a strong link between Bollywood and cryptocurrency.

Yeah,It will create more awareness and the bitcoin price will go moon.

This post has received a 1.25 % upvote from @booster thanks to: @swaraj.

If you do not know :

Congratulations! This post has been upvoted from the communal account, @minnowsupport, by swaraj from the Minnow Support Project. It's a witness project run by aggroed, ausbitbank, teamsteem, theprophet0, and someguy123. The goal is to help Steemit grow by supporting Minnows and creating a social network. Please find us in the Peace, Abundance, and Liberty Network (PALnet) Discord Channel. It's a completely public and open space to all members of the Steemit community who voluntarily choose to be there.