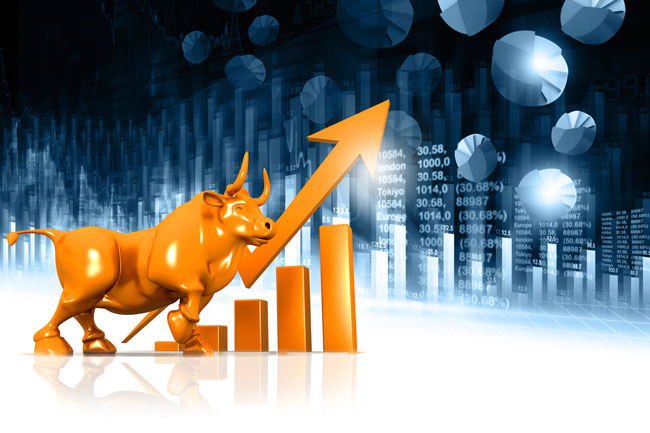 Another green day in the crypto market with with a market cap of over $125bln due to bitcoin locking segwit in.

But there has been alot of debate lately about weather the increase of BTC from $2800 to $3468 in less than a week is "real", according to CoinTelegraph a trader holding enormous amounts of both BTC and USD is "spoofing" the market.

Spoofing is placing a huge sell/buy order with the idea to cause panic sell or FOMO to traders and once the order starts filling up he/she removes it therefore the market would move in the direction where the spoofer wants it to move, It is a high speed trading technique which is done by bots.

As for who can do that: i would say someone who has been in the BTC market long enough and has alot of BTC if you ask me i wouldn't be surprised if it's satoshi nakamoto him self :o but alot of fingers have been pointing out to the Bitfinex owners since this hole "Spoofy" thing is mostly taking place on their exchange.

As for who would do that: definetly someone who either gets huge profits off of "Spoofing" or someone who intends to crash the market soon, but i might be wrong this could be good for Bitcoin.

"The only problem? Nobody knows how much of this increase is organic and sustainable, and how much is due to the market manipulation of Spoofy and others." Quote: CoinTelegraph.com Now Comes The Part Where Ethereum Takes Part In All Of This ?

We have seen some type of competition lately between ETH and BTC where people started asking questions about wether ETH will surpass BTC's market cap in the near future and this would only be possible if ETH :


Bringing privacy to ETH transaction is definetly important but can be hard to implement that's why the devs of ETH and the devs of Zcash are working together to solve this issue.

Since Q4 of 2016 Vitalik said that he would switch from POW(Proof Of Work) to POS(Proof Of Stake) but this doesn't seem easy to pull off either they said POS would be functionning on the ETH network on February 2017 but it hasn't yet, according to some online sources the "swith" from POW to POW would be progressive meaning that say in the first month for every POW block there would be 1 POS mined and then for every 100 POW there would be 1 POS... until it gets fully activated. you might be wondering why would they go through all this trouble ? the answer is to prevent any potential Spilt in the chain(hardfork).

Thank You For Taking The Time And Reading My Post I Hope This Content Was Informative For You, Resteem This Post If You Have A Friend Who Still Doesn't Believe In Ethereum :)

Thank you for sharing with us! I hope you enjoy the upvote!

I Already Do Enjoy It, Thanks For Your Comment :)

etherium for contracts :) how about jacquelyne's tokens, will trade for laughs :)

This post has been ranked within the top 50 most undervalued posts in the second half of Aug 11. We estimate that this post is undervalued by $26.09 as compared to a scenario in which every voter had an equal say.

See the full rankings and details in The Daily Tribune: Aug 11 - Part II. You can also read about some of our methodology, data analysis and technical details in our initial post.

Nice blog. Thanks for bringing this to our attention. The cryptospace definitely feels a bit inflated. However we also said that about the S&P 500 40 years ago Does anyone know about: https://www.coincheckup.com I'm using this site that gives in depth reports on every tradable cryto in the market. See: https://www.coincheckup.com/coins/Bitcoin#analysis To watch Bitcoin Detailed report.

Its been a long time but thanks for the great info! Ethereum is a decentralized platform that runs smart contracts: applications that run exactly as programmed without any possibility of downtime, censorship, fraud or third-party interference. This is the fastest growing cryptocurrency, after Bitcoin and a good choice for long-term investment.